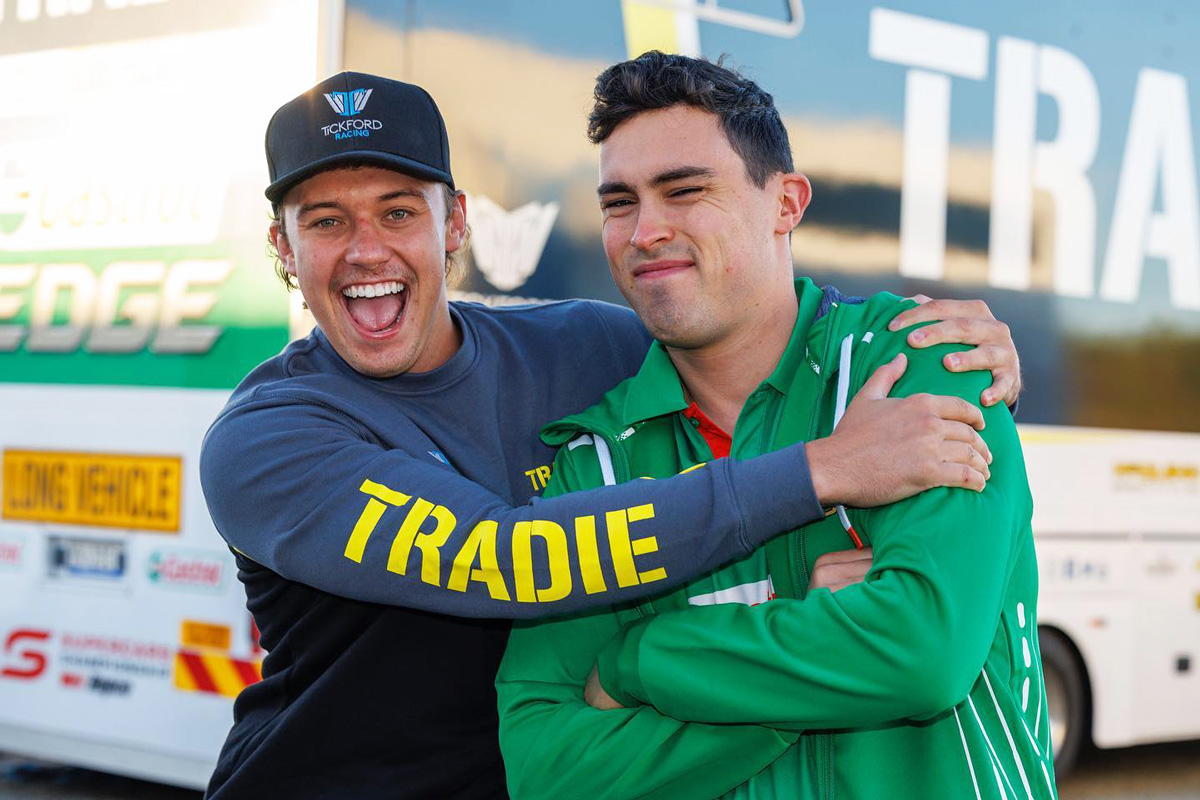 In 2022, he has three team-mates each at different points in their careers – and he feels that’s bound to be advantageous.

In the lead garage, Cameron Waters is the team’s spearhead at the peak of his powers; next to him is 2010 Supercars champion James Courtney.

“Cam is at the stage now where he’s driving very well and JC is so experienced,” Kostecki told Speedcafe.com.

“Having him in our team is pretty cool because he has got so much knowledge and value from old stories and everything how he believes part of the team should be and the direction.

“It has been good to have him onboard because even after just the one round, it has really helped me.

“Even mentally he has been a great help, which I’m sure I can use for the rest of the year and use as much knowledge off him that I can and also with Cam, and try to do the same with them and hopefully be up the front with them.”

As for his own garage, Kostecki has 2020 Super2 Series winner and now main game rookie Thomas Randle for company.

“It’s awesome being in the same garage as Tom,” said the #56 driver.

“He has obviously been fast in a lot of categories and I’m looking forward to seeing if we can just push each other to another level, sort of like what me and Zane did last year.

“We were fairly consistent with each other but it was good for the team because we were pushing each other as hard as we can and I’m sure that me and Tom will do that as well. And we have got two more experienced drivers in our team that we get to look at their data and their footage and see what they’re doing in the car.

“So I have got a lot of tools around me, I have just got to use them.

“Round 1 didn’t show anything really, it didn’t show the potential of the Tradie Mustang, but from being in the driver’s seat, there was a lot of things that I was really happy with.”

Round 2 of the 2022 season unfolds this weekend at Symmons Plains, where Tickford last year showed supreme one-lap pace only to fade in race trim, leaving Waters with “unfinished business”.

Opening practice for the Supercars Championship starts at 09:50 local time/AEDT on Saturday.