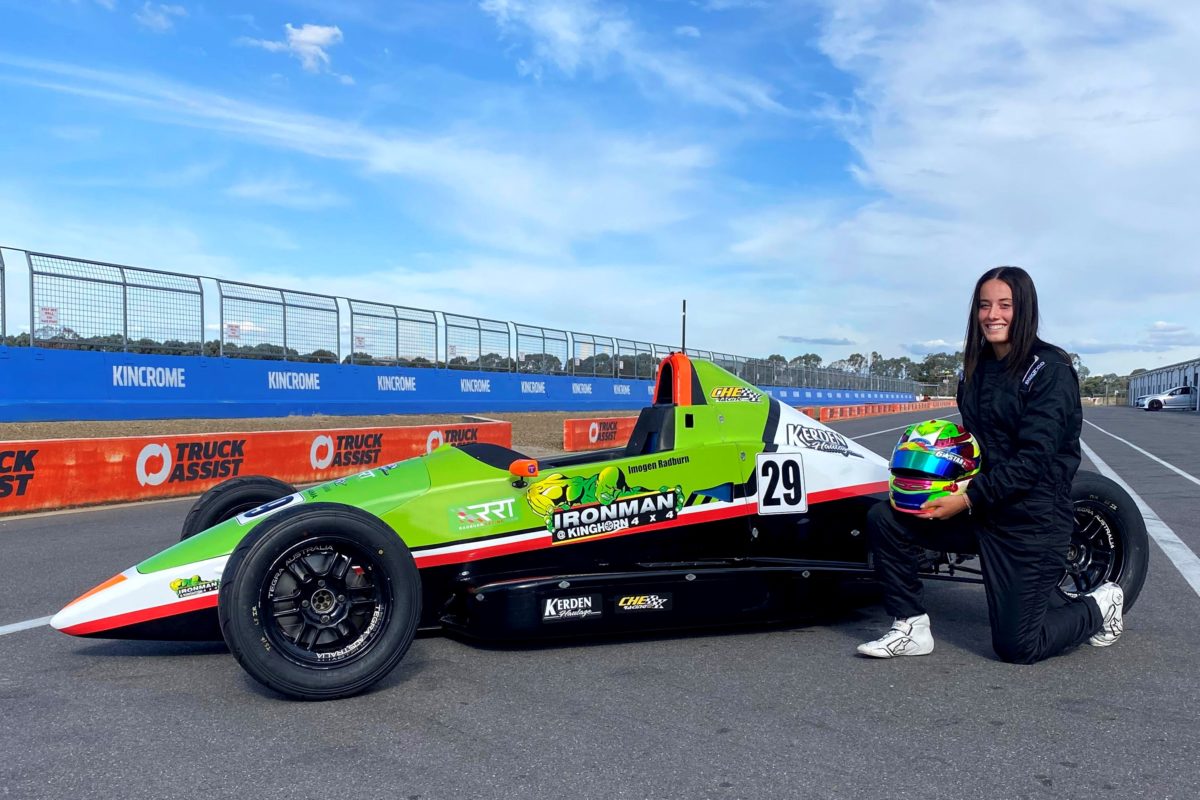 Sixteen-year-old Imogen Radburn will make her debut in Formula Ford at Winton Motor Raceway this weekend as part of the second round of the Victoria Formula Ford Championship.

Driving for champion team CHE Racing, Radburn is making the step up from karting to embark on the first steps of her circuit racing career.

Radburn has spent almost three years in karts all around Australia and has won state-level titles in New South Wales and the Australian Capital Territory in the KA4 Junior class.

The chassis was also raced by current CHE Racing Porsche driver Tom Sargent, who won the 2020 NSW state series in it.

After a handful of test days with CHE Racing, Radburn says that she is really looking forward to the opportunity.

“I’m a little nervous. I’m the new kid on the block, so my aim will be to stay out of the crashes and get some good results,” she said.

“I’ve really enjoyed testing. It has been very productive. I feel like I’ve been quite quick, and making improvements all the time.

“I’ve done two test days at Winton and I enjoy the circuit. There’s a lot of corners and you’re definitely sore the next day, but just very keen to get into it.”

Team owner and Super2 Series driver Cameron Hill says that he has been impressed with the way Radburn has conducted herself in their testing together.

“Imogen did a test with us last year and we were impressed straight away,” said Hill.

“Other than karts, she has not done any circuit racing, so changing gears was always going to be one of her big hurdles. She has experience driving her dad’s big road trucks. They have 18 gears in them so when she got in the race car, she was at home quickly.

“After a few more tests, I’ve been very impressed. Nothing fazes her and she has continued to improve every time.”

Practice of the Victoria Formula Ford Championship will be held tomorrow followed by qualifying and races on Saturday and Sunday.