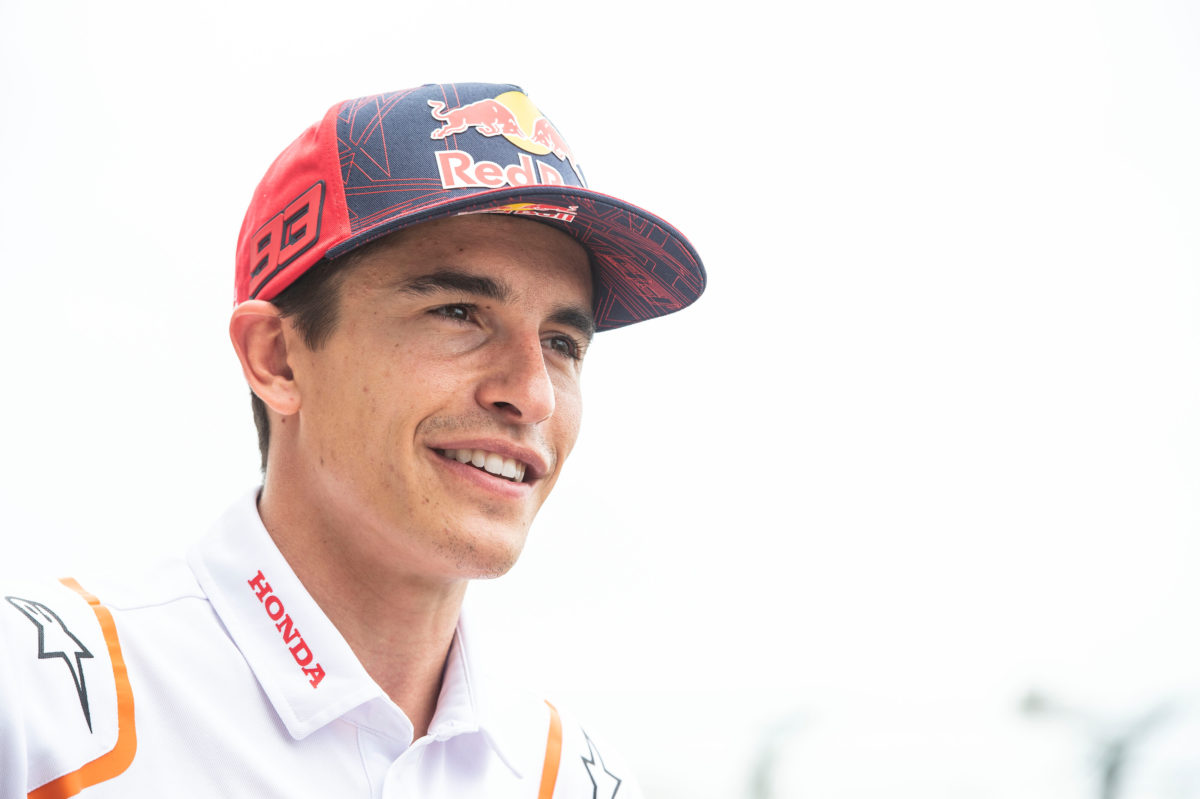 Marc Marquez’s career is not over just yet, based on an assessment from pioneering MotoGP doctor Claudio Costa.

The six-time premier class world champion is laid up for a third time in less than two years after a recurrence of vision problems due to his highside in the Warm Up for the Indonesian Grand Prix.

Specifically, Marquez has suffered a recurrence of diplopia (double vision) after his monster crash at Turn 7 of the Mandalika circuit which took him out of that afternoon’s race due to concussion.

The diagnosis, which came in an emergency visit to a Barcelona hospital after discomfort during the trip back to Spain, has led to widespread fear that one of the greats will be forced into premature retirement.

The 29-year-old has once again sustained paralysis of the fourth right nerve, as was the case when he crashed a motocross bike in October last year, and that is the same nerve which he damaged in a Moto2 spill in 2011 which ultimately led to surgery.

There is no certainty as to when he will return, raising the possibility that he will miss both rounds in the Americas on the first two weekends of April, but there is hope based on the comments from a former MotoGP doctor in Italian media.

Dr Costa is the founder of the Clinica Mobile unit which follows the circus around the world, and famously ‘kidnapped’ Mick Doohan when Dutch medics wanted to amputate a leg after the future five-time world champion’s career-threatening crash in 1992.

He says Marquez could conceivably have normal vision again “tomorrow”, although the more likely timeline is a matter of weeks or months.

“Seeing as it’s a very light form, I think it might be an oedema of the musculature, something that has strained the old scarring,” Dr Costa told Corriere dello Sport.

“I think it could be resolved in a lot less than three months. He might wake up tomorrow and see clearly.”

The Repsol Honda rider suffered no other major injuries in the spectacular incident at Mandalika and Dr Sanchez Dalmau, his regular ophthalmologist, advised that the eye drama is less serious than last year’s, when surgery was not undertaken.

Dr Costa observed that the eye injury is “peripheral” rather than “central”, and said the apparent lack of surgery is an encouraging sign.

“The initial injury [presumably 2011] left scarring and now we have further unfortunate events that only add to it,” he noted.

“The fact he doesn’t require surgery is positive. It’s minor and may even be sorted in a short space of time, with the proper treatments and rehabilitation.

“But it can also disappear from morning to night, so we hope this is the case, and that it happens soon, so that Marc is once again able to see the world he loves, that of racing, clearly and precisely.”

Marquez is set to have another check-up next week, Dr Dalmau advised in Honda’s announcement of the diplopia recurrence.

The squad gave no indication at that time of if a replacement is likely to be needed for upcoming races, although that is hardly surprising given team principal Alberto Puig described such musings as “self-flagellation” when his superstar rider was last injured.

However, test rider Stefan Bradl is the obvious candidate, given he ended up contesting most races of 2020 after #93 broke his right arm in the Spanish Grand Prix which was Round 1 of that season.

Argentina’s Termas de Rio Hondo is the next stop of the 2022 campaign, on April 1-3 (local time), followed by the United States’ Circuit of The Americas on the following weekend, and Portugal’s Portimao a fortnight later again.