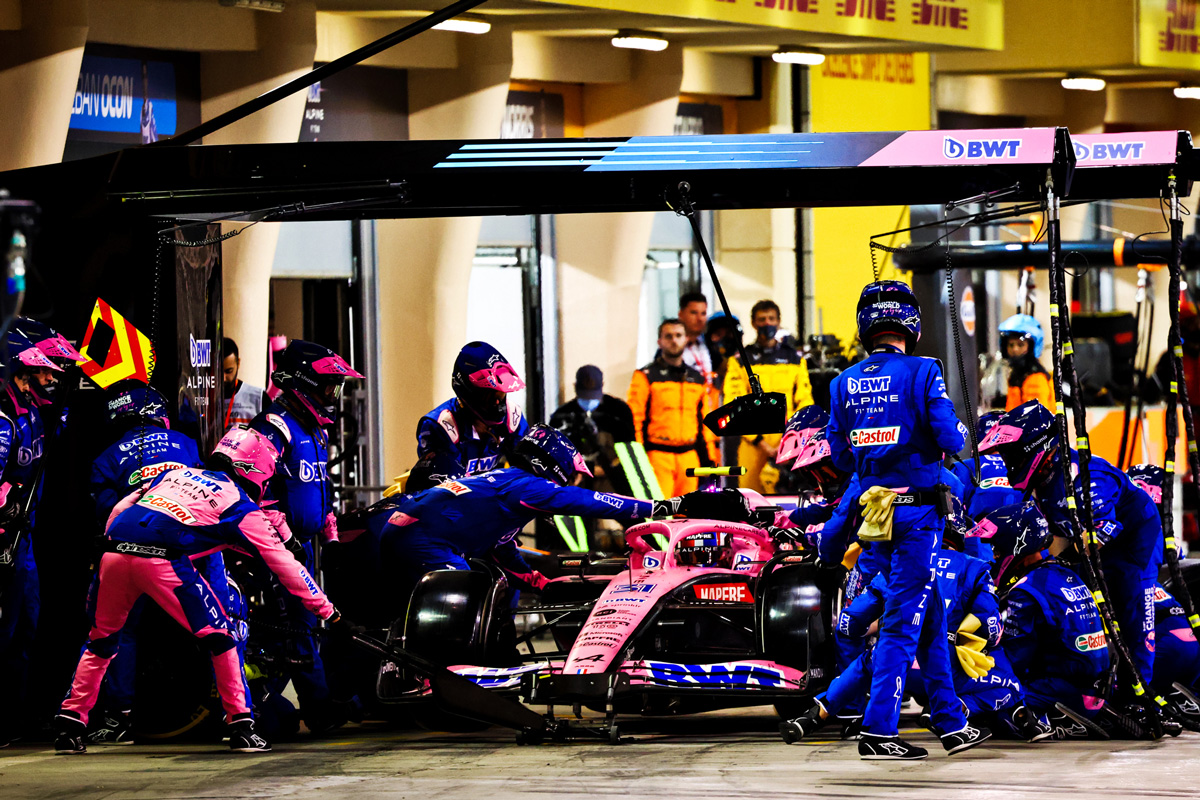 Alpine chief technical officer Pat Fry says his team is gearing its development plan to the Australian Grand Prix and beyond.

The team formerly known as Renault made a solid start to life in the new era of Formula 1 regulations, Esteban Ocon and Fernando Alonso taking the A522 to seventh and ninth at the Bahrain season-opener last weekend.

Fry was pleased with how Round 1 of the season panned out, both in terms of accumulating points and banking knowledge to help them move forward.

“We have a solid base to build from now and we’ll continue our learning this weekend,” said Fry, in the lead-up to the Saudi Arabian Grand Prix.

“We don’t have any distinct upgrades for Saudi Arabia but we will run some interesting test items in practice, which will give us some ideas for future concepts.

“As it’s a low downforce circuit, we will have a different rear wing for this weekend and Esteban will return to the latest spec sidepod after the issue from last week.

“We have a development plan in place and we are pushing ahead as hard as we can for the Melbourne race and beyond.”

Melbourne’s Albert Park hosts Round 3 of the world championship on April 7-10.

Two-time champion Alonso paid tribute to the team’s efforts behind the scenes.

“Both cars scored points which is the main thing for us from the first race. Last year we didn’t score any in Bahrain, so it’s already an improvement,” said the Spaniard.

“The competition in Formula 1 is not only on track but off it too. At Enstone and Viry we have to focus on what’s ahead and continue to bring updates to our cars, so we can not only stay where we are, but make steps towards the front.

“The team is working so hard at both factories and at the track too. It’s a pleasure to see this all coming together and I’m really happy with what we’ve achieved so far.”

F1 cars will next hit the track on Saturday at 01:00 AEDT for Free Practice 1 at Jeddah, on Saudi Arabia’s west coast.