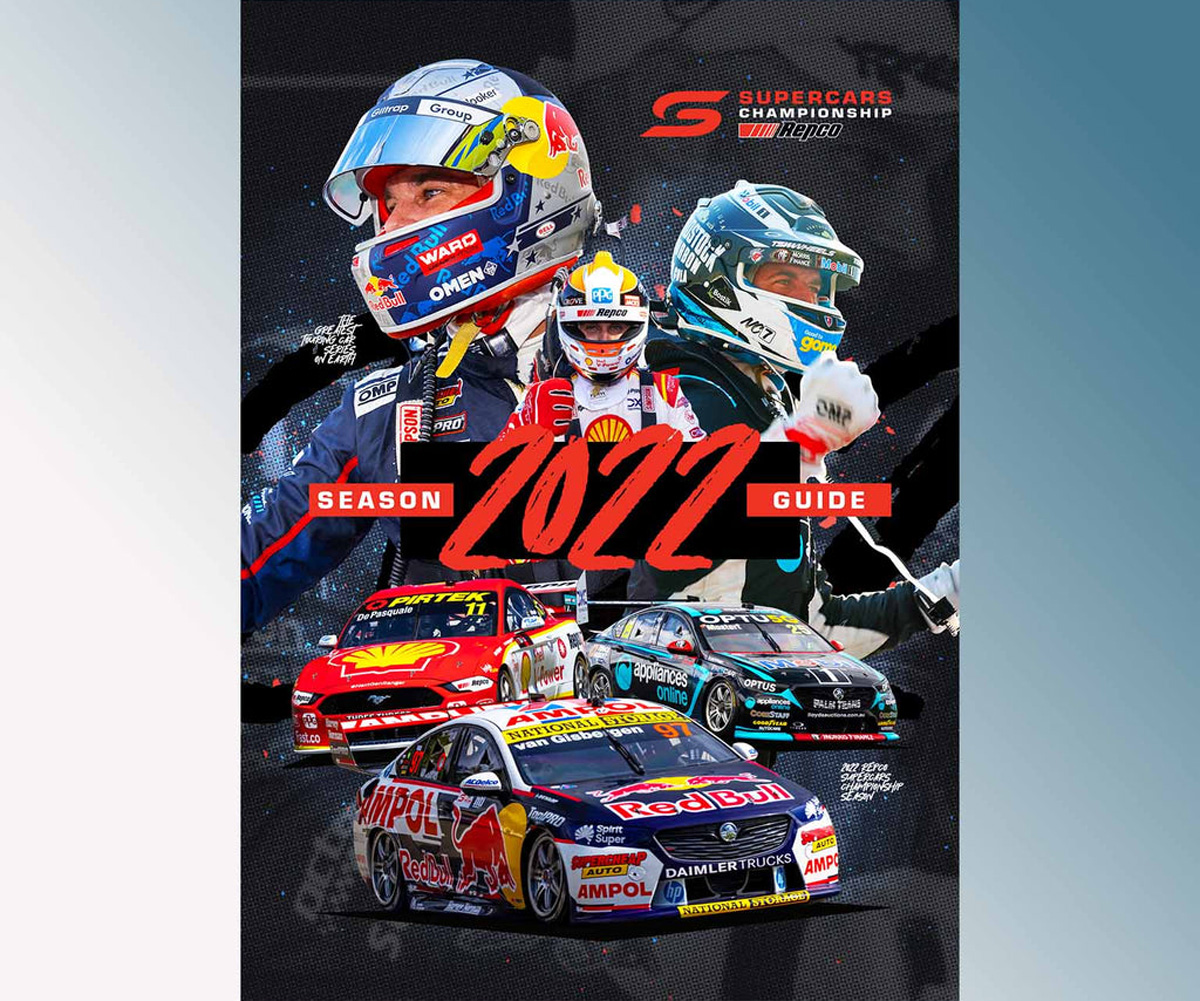 The official Repco Supercars Championship Season Guide is now available for fans to have at their fingertips whether watching the racing on TV or trackside.

Formerly only available to accredited members of the media, the Season Guide is considered the ‘bible’ for fans and media alike and is now available to order now here.

This year’s guide has expanded to 224 pages, is printed in full colour and has been expanded for 2022 to include additional statistics and information on each of the 25 drivers and every team in pit lane in the 2022 Supercars Championship.