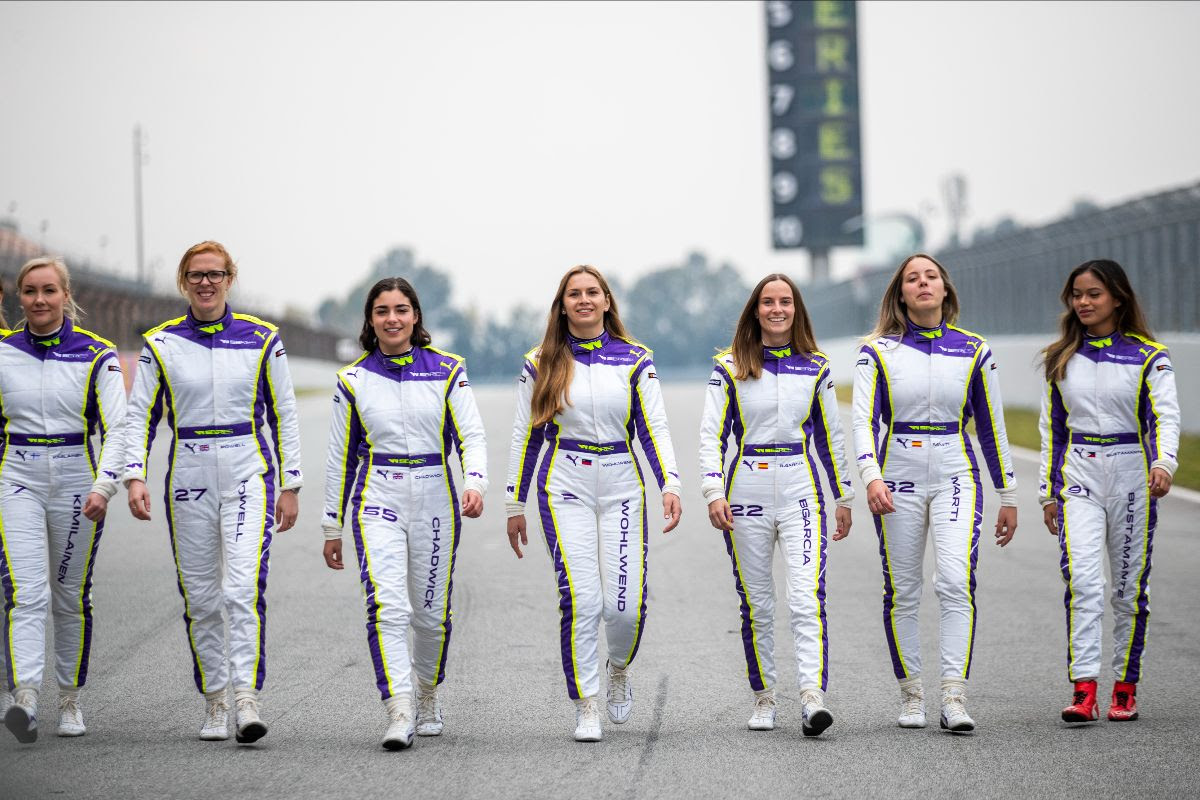 Five drivers will make their W Series debut this year after the line-up for the all-female competition was announced.

An 18th spot on the grid has been left open for various reserve drivers to cycle through, the pool of names for which has not yet been released.

Wood, of Australia, was a full-timer in 2019 and ran a part-time campaign last year.

Russian 18-year-old Sidorkova meanwhile contested the bulk of the 2021 season for the W Series Academy team.

“As the profile of W Series grows, the talent pool and standard of our driver line-up increases, and the 2022 W Series grid is the strongest yet,” said W Series racing director Dave Ryan.

“This year, we expanded our driver search and testing programme by staging pre-season tests in both the USA and Europe, and that decision has paid dividends.

“The class of 2022 represents 10 different countries, and more than a quarter of the grid are new talents making their W Series debut.

“The five rookies are well-prepared and join a group of proven W Series performers who know what it’s all about.

“In the spirit of W Series, they will all drive each other forwards.

“Double W Series champion Jamie Chadwick will certainly be aiming to mount a strong title defence, but she was pushed all the way in 2021 and I expect another close battle for the title.

“As we stage Formula 1 support races in three continents this season, the opportunity for W Series drivers in 2022 is unprecedented.

“It will be interesting to see how they all handle the pressure of racing on motorsport’s greatest stage, and I’m looking forward to the first race of the season in Miami in May.”

Round 1 of the 2022 W Series will take place in May as part of the inaugural Formula 1 Miami Grand Prix.