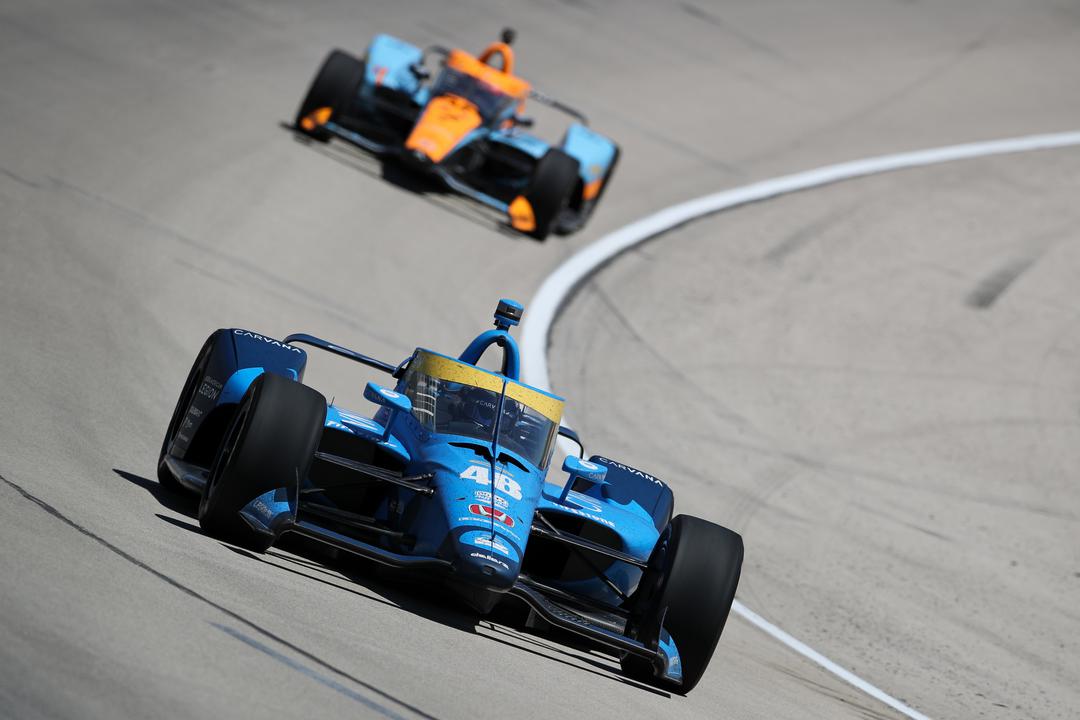 The seven-time NASCAR Cup Series champion had never finished any higher than 17th before the second race of the 2022 IndyCar season.

However, that event represented his first on an oval in the open-wheeler category and while Johnson only qualified 18th, he excelled in the following day’s 248-lapper.

The Chip Ganassi Racing driver ran as high as fifth during the final stint at the Fort Worth circuit and took the chequered flag just one position further back, beaten only by three series winners plus current points leader Scott McLaughlin and also Marcus Ericsson.

Aside from all the other feelings, he was simply happy to perform well.

“Of course I’m a competitor, of course I knew that I should run better on ovals, and was able to do that this weekend. That feels good.

“I don’t have some axe to grind. I don’t have a point to prove. I’m just going racing. I’m just purely happy I had a great day in the race car.”

Johnson had run in fifth position until as late as into the third-last lap, when he was passed by six-time series winner and team-mate Scott Dixon.

However, that was a case of the New Zealander regaining a position he had lost earlier when #48 went by on Lap 196, not long after their final pit stops, and the IndyCar newcomer could scarcely believe it.

“That was probably to his disappointment, to my excitement. He did get a better hand when it was all said and done.

“When I caught that group and caught the 9 car [Dixon], I had to look two or three times to make sure really it was the 9 car, not another car with a blue/back half.

“Like, ‘Yep, I have caught Scott Dixon; this is good.”

Johnson is now 11th in the IndyCar Series ahead of the third race of the season, the Grand Prix of Long Beach, on the weekend of April 8-10 (local time).

That race, and all others this year, will be streamed live and ad-free on Stan Sport.