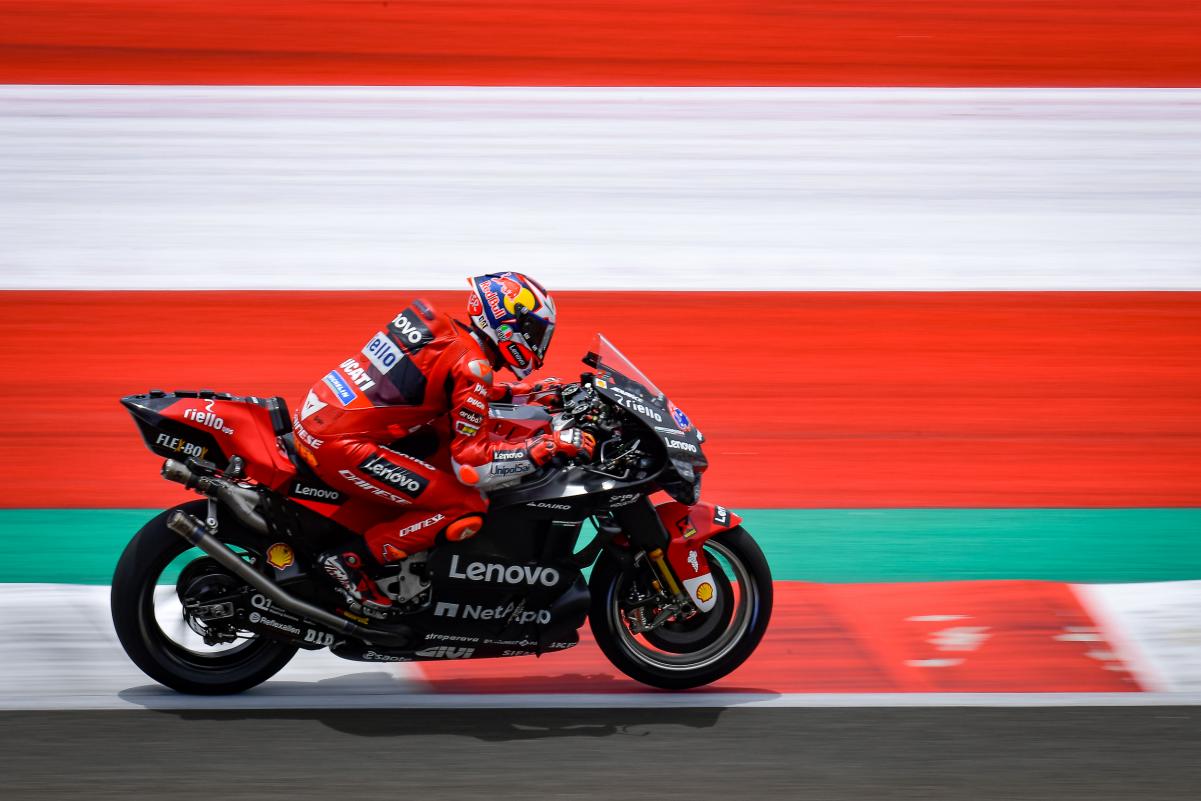 Front ride height devices have been banned from MotoGP, effective the 2023 season.

The decision of the Grand Prix Commission comes just a fortnight after Ducati introduced such a device in competition, when the 2022 season began with the Qatar Grand Prix.

Importantly, the ban does not apply to the rear ride height device, nor to ‘holeshot’ functionality at either end of the bike at the start of a race.

The call has been made after the meeting of the Grand Prix Commission on the Friday of the just-completed Indonesian Grand Prix weekend.

Seemingly, a ban was a near-certainty, with the question then being whether it would apply from next year, as will indeed be the case, or from 2024.

The official decision document reads as follows with respect to technical regulations:

During the meeting of the Commission held in Lusail on 4 March 2022 the Grand Prix Commission delegates were asked to consider two alternative proposals on this matter. Both had the objective of preventing further performance improvements and development cost increases. After consideration of the proposals the following regulation was approved unanimously.

The use of any device that modifies or adjusts the motorcycle’s front ride height while it is moving is forbidden. The decision of the Technical Director will be final when determining what constitutes a front ride height device; devices that only operate one-shot at the race start (i.e. “holeshot” devices) are allowed.

Ducati has been the pioneer with respect to ride height systems.

Initially, that was merely the rear holeshot device, the existence of which became common knowledge during the 2019 pre-season but had been in used since at least as far back as the Japanese Grand Prix of the October prior, based on comments from Jack Miller.

The Bologna manufacturer extended the technology to what became known as the ‘rear ride height device’, the means by which the back of the bike could be lowered in race to enhance acceleration along straights.

A front holeshot followed and, this year, the front ride height device.

While the other aforementioned innovations were eventually copied by rival manufacturers, the front ride height device quickly attracted resistance.

Riders were not unanimous in their opinions, but the five manufacturers other than Ducati all supported the ban which has now been decided upon.

Yamaha managing director Lin Jarvis spoke on the issue in recent days, expressing his opposition to the new devices on the grounds of safety and cost.

“Does [the ride height device] really make the show better? I doubt it,” he told German outlet Speedweek.com.

“It’s definitely getting more complicated. More things can then go wrong, more devices have to be operated by the riders.

“For reasons of safety, the reduction of speed and costs, we do not endorse the new device.”

Ironically, Ducati apparently chose to remove/disconnect the front ride height devices from the GP22s for the Indonesian Grand Prix.

However, it may not be gone for good just yet, with factory team boss Davide Tardozzi saying they were working on “something different” for the future.

Regardless, its days are numbered, with 19 grands prix left this season.

The next of those is that of Argentina, at Termas de Rio Hondo on April 1-3 (local time).