Erebus boss warns Kostecki, Brown will only get better

Erebus boss warns Kostecki, Brown will only get better 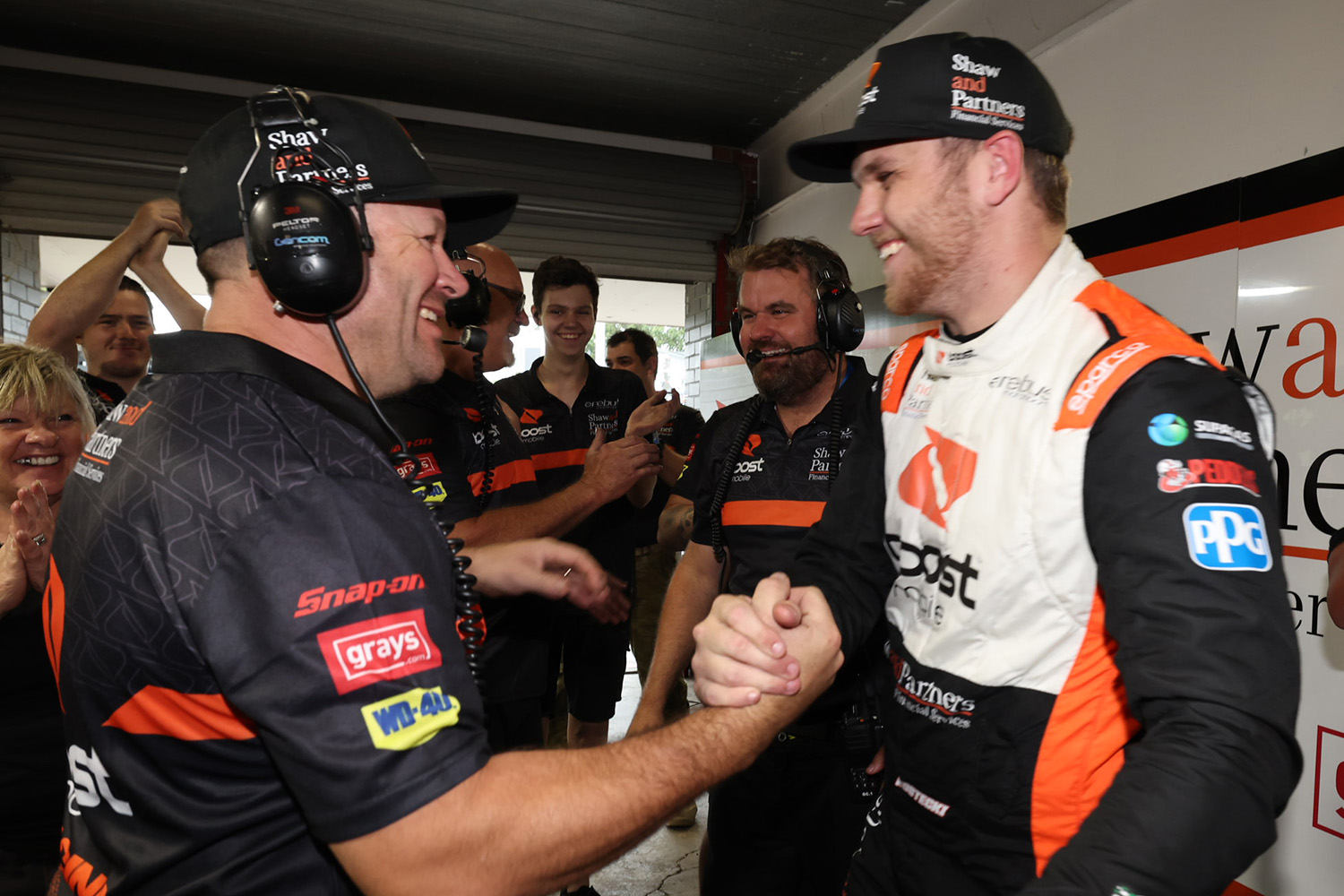 Erebus Motorsport boss Barry Ryan says Brodie Kostecki and Will Brown’s ability to be front-runners while still learning the ropes bodes well for the future.

The Boost Mobile-backed pair left the season-opening Sydney SuperNight fourth and seventh in the drivers’ championship.

That weekend at Sydney Motorsport Park included a fifth place finish in Race 1 followed up with pole position and second in Race 2 for Kostecki.

Meanwhile, Brown was seventh and eighth in the two 77-lap races.

The fact that his two second-year drivers still have a lot to learn and are mixing it among the experienced heads has Ryan quietly confident of what’s to come.

“I think our boys have still got more they can learn and we’ve got to learn more about them, and we’re really excited,” Ryan told Speedcafe.com.

“There’s no stopping us really. Shane [van Gisbergen], Chaz [Mostert], Anton [De Pasquale], Will [Davison], they’re not going to get any better; we’ve still got scope to get better.

“I don’t want to sound like we’re being too cocky or anything, but it’s true, we’ve got the least experienced drivers in pit lane. We can only go forward.”

The Dandenong South-based squad finds itself second in the teams’ championship only behind Dick Johnson Racing.

“Second in the teams’ championship, the teams’ shows where you are combined, which is really good,” said Ryan.

“Car pace was good in wet and dry, which last year in the wet we struggled a bit [at Sydney Motorsport Park], so we’ve worked pretty hard to make sure we had a compromise for wet and dry.

“The engineers did a great job with that. [Race 2] was the perfect race to test it. If you didn’t have a good wet car and a good dry car you weren’t going to get anywhere.

“In the dry, we could’ve won, in a perfect world. I think we had the pace to win with Brodie. Will did too, but because of the situation in qualifying, he just didn’t qualify good enough. He was going to go a three-stopper and that was going to get him fairly seriously up there.

Come this weekend (March 26-27), the Repco Supercars Championship will roll into Launceston for the Ned Whisky Tasmania SuperSprint.

The team had mixed fortunes during their last visit, Brown recording his maiden top five finish while Kostecki was twice outside the top 15.

A lot of water has passed under the bridge since then though, and Ryan believes the team has no weak circuits as such.

“We’ve got some good tracks coming up and we went pretty good at Tassie last year with Will in his second round,” he said.

“We’re not worried about any tracks this year, it’s good.

“We’re just focused on making sure we tick all the boxes and when we can take wins we’re ready to take them when we don’t mess up pit stops.

“As a team, we’re really powerful at the moment.”