Caruso hanging in until BoP reset

Caruso hanging in until BoP reset 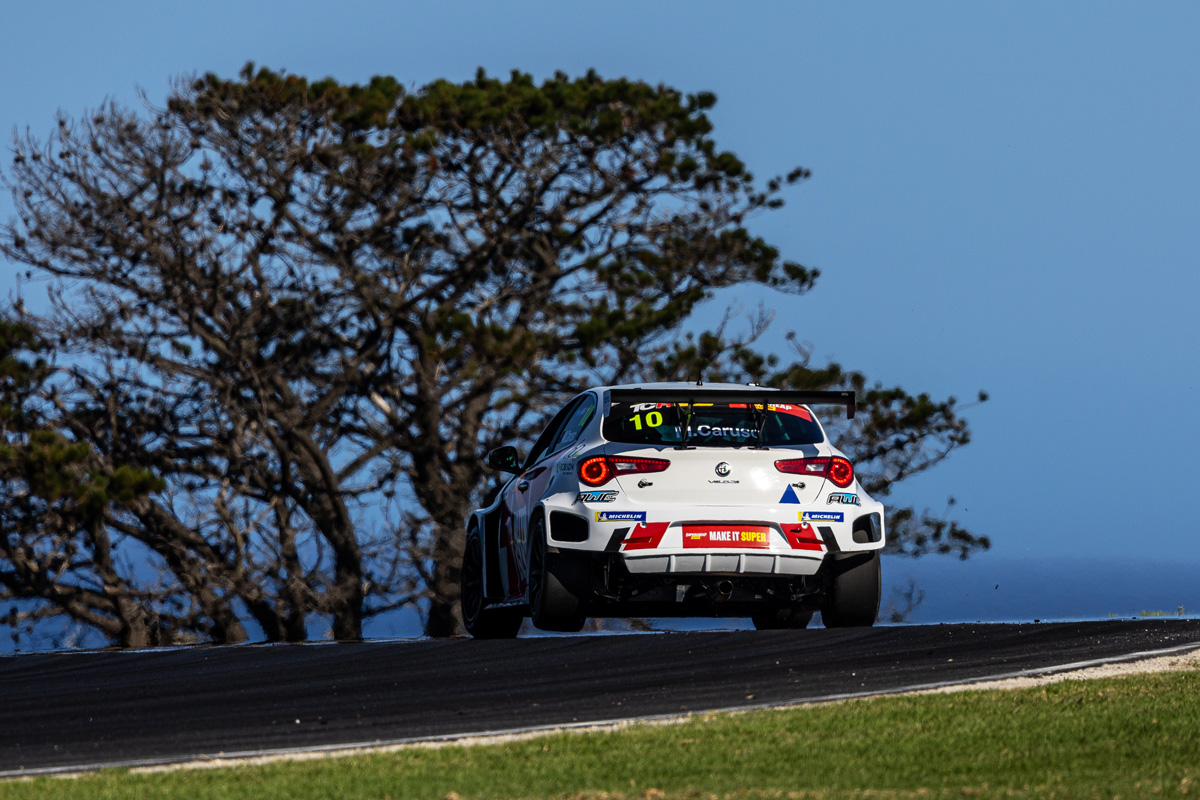 Michael Caruso feels he and his Ashley Seward Motorsport squad have punched above their weight this season to be within striking distance of the Supercheap Auto TCR Australia Series lead.

Having been somewhat off the pace at the Symmons Plains season-opener, Caruso qualified his #10 Alfa Romeo on the front row at Phillip Island last weekend.

Caruso was running second in Race 1 at The Island when contact with Liam McAdam speared him off the track and to the back of the pack.

The two-time Supercars race winner would be left to take results of 17th, eighth and seventh from an event that had promised much more.

He now holds ninth overall, 59 points behind leader Tony D’Alberto – a standing he’s satisfied with given the difficulties that have been encountered.

“It was nice to fight back after what happened to us [on Saturday], we put in a great performance in qualifying and the team did an excellent job to give me a really good car,” said Caruso.

“Clearly the BoP [Balance of Performance] isn’t favouring us at the moment and we’re punching well above our weight, but we’ll deal with it until there’s a reset.

“Considering the disasters that have been out of our control, it’s good to still be in touch with the championship fight until we can start making things go our way.”

The 38-year-old, who shifted from the Garry Rogers Motorsport stable in the off-season, is one of two Alfa drivers in the field – the other being Braydan Willmington.

Caruso will race for Team 18 in the Repco Bathurst 1000 in October.