Zhou overcome by emotion after point on F1 debut

Zhou overcome by emotion after point on F1 debut 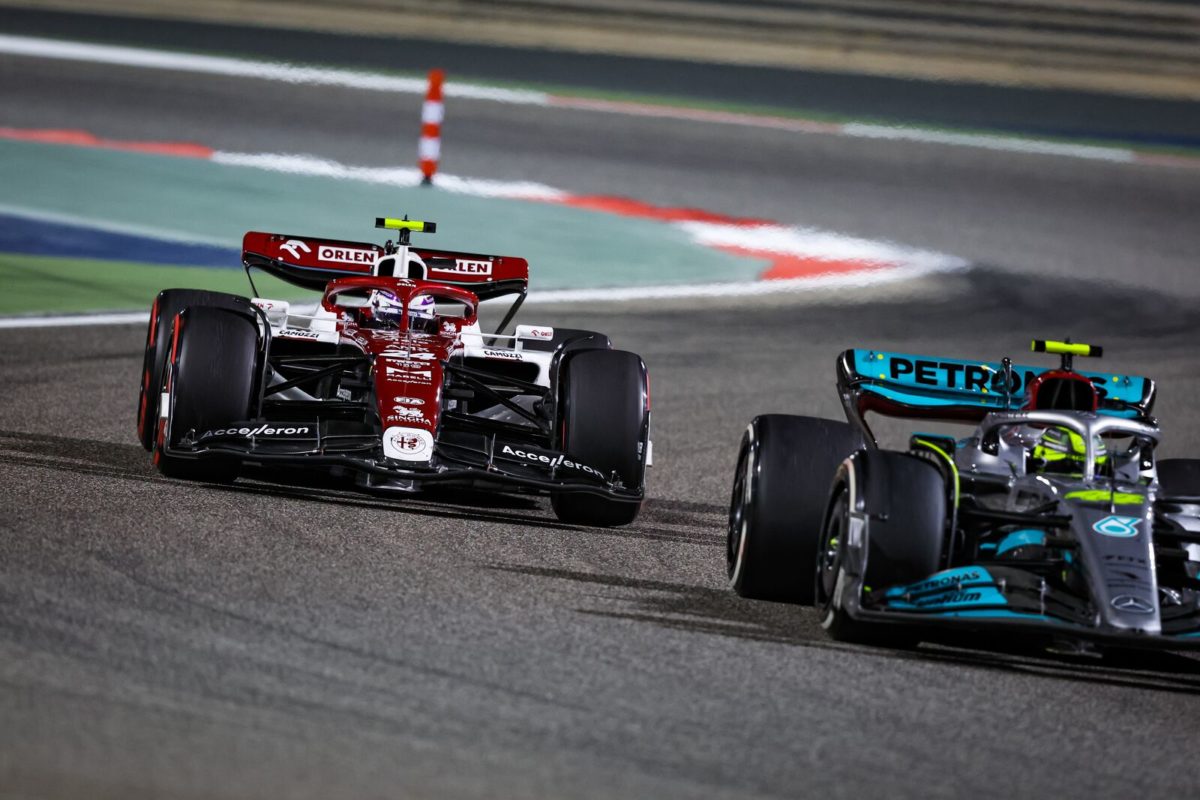 Zhou Guanyu was overcome with emotion after finishing 10th in the Formula 1 Bahrain Grand Prix.

Zhou qualified 15th on Saturday before charging his way into the world championship points at the end of the 57-lap encounter on Sunday evening.

“On my lap to the box [at the end of the race], it was the most emotional I’ve ever had in my whole racing career,” Zhou admitted.

A Formula 2 race winner, Zhou found himself battling with Fernando Alonso in the closing stages and trailed the two-time world champion across the line by less than a second.

That came after a race which saw him drop to 19th on the opening lap only to steal the final points-paying position as Sergio Perez spun upon commencing the final tour.

“I’m just so happy, so proud of the team behind me, proud of my team-mate,” Zhou said.

“We worked so hard together to maximise the car and then huge rewards for us. It’s a day that I’ll never forget.

“Once I had the problem in Turn 1, went into anti-stall in Turn 1, I have to go to neutral, restart everything.

“Then I knew my chance was very low to get to the points, so I was like full attack – eyes forward.”

For a time he battled with Lewis Hamilton as the Brit emerged from his first stop on a set of hard compound tyres, while the late Safety Car also played into Zhou’s favour.

Nonetheless, the 22-year-old seized the opportunities presented to him and, together with Bottas, delivered nine points for the team – its best race weekend since the 2019 Brazilian Grand Prix.

Formula 1 continues this weekend with the Saudi Arabian Grand Prix, opening practice for which commences at 01:00 AEDT on Saturday.