Resolving porpoising the priority for Mercedes

Resolving porpoising the priority for Mercedes 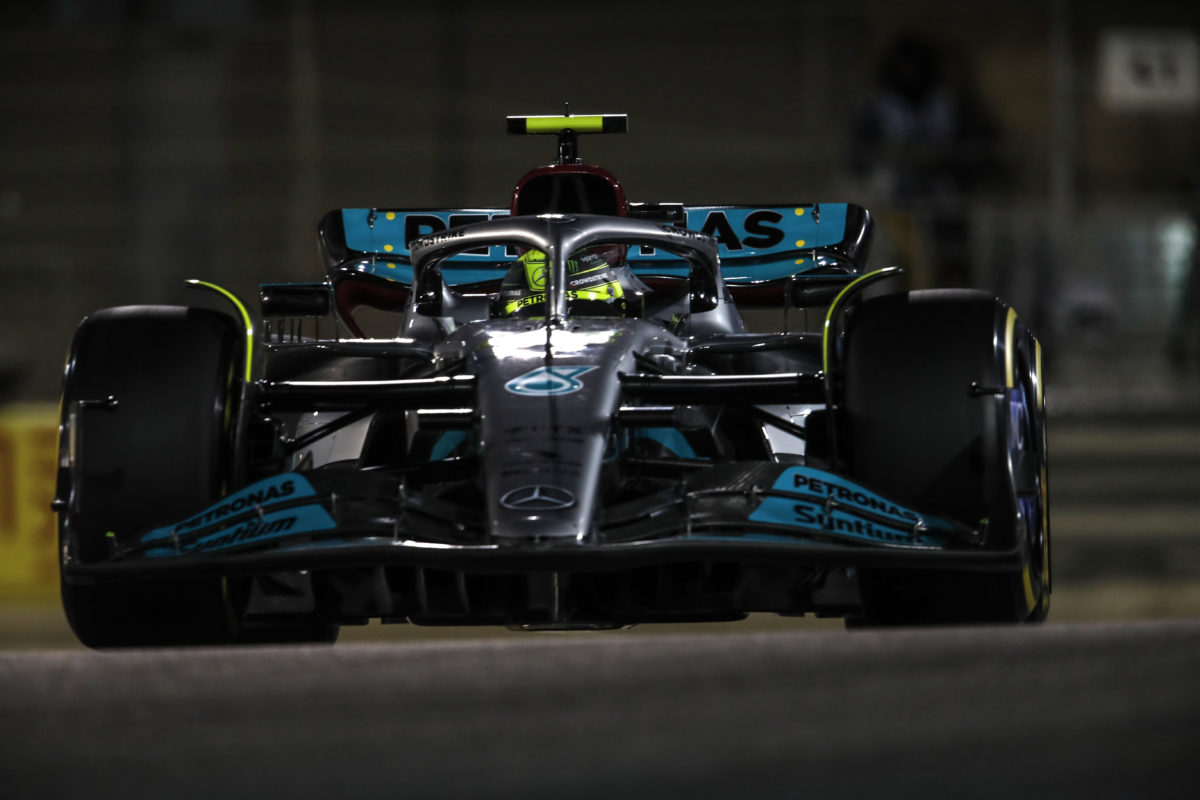 Lewis Hamilton at the wheel of the Mercedes W13

Resolving porpoising is a first order priority for Mercedes according to both George Russell and Lewis Hamilton.

The Mercedes W13 has proved especially susceptive to the aerodynamic bouncing known as porpoising.

It’s a phenomena directly related to the reintroduction of ground effects into Formula 1 for 2022.

As cars increase in speed, the downforce effect created by the tunnels under the floor increases, effectively sucking the car to the road.

However, when the airflow stalls the car’s ride height rises, at which point the airflow reattaches and sucks it back down.

That process happens rapidly, with some cars more susceptible than others.

According to the team’s drivers, resolving the W13’s tendency to porpoise is the key to unlocking further potential in the car.

“I’m sure there are other things we need to work on but the thing is, when you’ve got something so standout, that is clearly your biggest limitation, that shadows everything else from the car,” Russell said when asked by Speedcafe.com if porpoising was the only issue affecting the car.

“If we didn’t have that issue, we’d be looking at solving other issues and find even more performance.

“So that is our big limitation currently that all of our focus is there whereas probably the teams who have solved the issues are now focusing on the next area, you know, slightly less priority, but it’s still performance.”

By resolving the porpoising issue, Hamilton hopes the team will be able to gain downforce and make steps towards the likes of Ferrari and Red Bull.

“We know, because of this porpoising, we don’t have the downforce we need,” he said when Speedcafe.com asked what Mercedes’ next biggest focus was.

“That’s why we can’t get close to the other guys. They’ve got their car in a much better position.”

The seven-time world champion identified ride quality as a key focus for the team too.

“The ride quality is probably something that needs to be improved with the car, not only with that bouncing, but it’s in a lot of other places as well,” he added.

“Then you can use the mechanical balance and wing to counteract that.

“If you can get on the power earlier than everybody else, it pays dividends down the straights.”

Helping Mercedes’ cause in getting on top of the porpoising is the early season schedule.

Following back-to-back events in Bahrain and Saudi Arabia to start the year, there’s a week off before the Australian Grand Prix.

There’s more time before Round 4, the Emilia Romagna Grand Prix as the first part of the year, while busy, is less packed than the run home.

“So we’re clearly behind our rivals, clearly behind where we want to be, but I think we’re fortunate that the calendar is not so dense at the moment,” Russell noted.

“We’ve got, over the next three and a half months, I think we’re doing only six races.

“When you compare that to post-summer break, you have six races in seven weeks.

“So we are fortunate in that aspect that we’ve got a bit of time to try and get on top of this.”