McLaughlin did nothing wrong in Texas IndyCar finish says Newgarden

McLaughlin did nothing wrong in Texas IndyCar finish says Newgarden 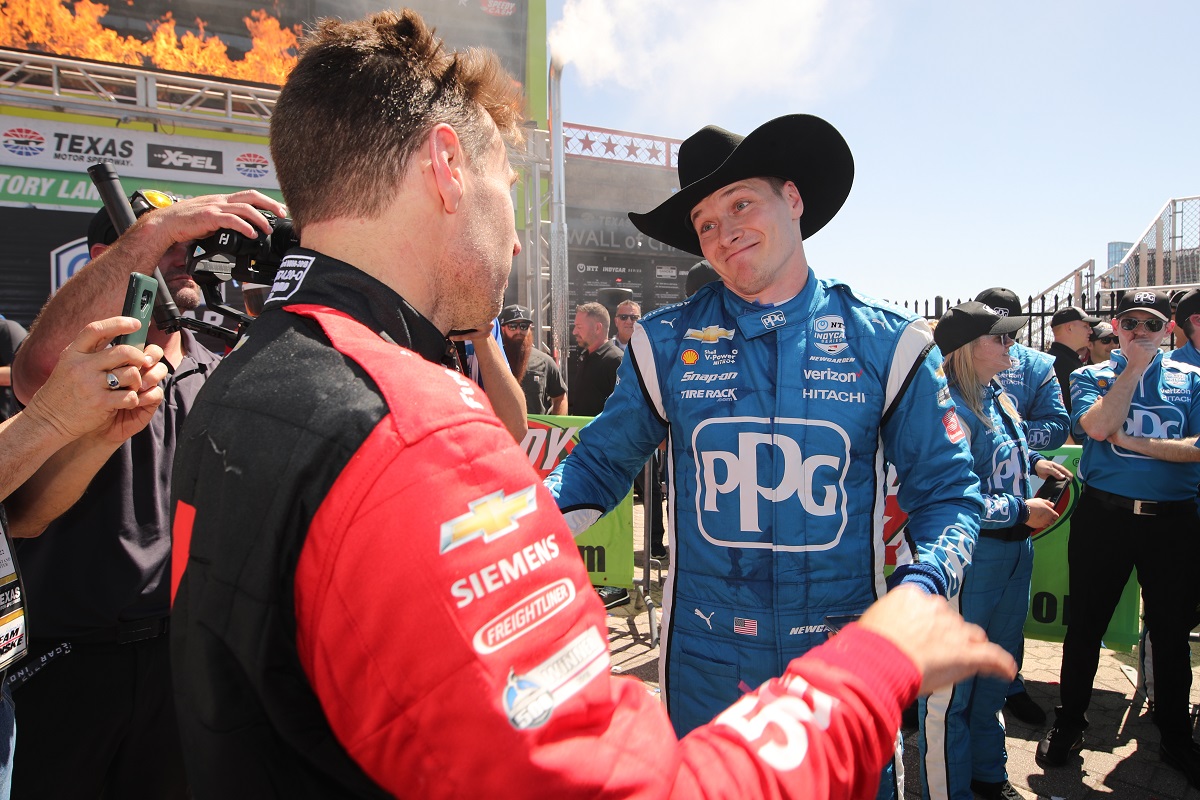 Josef Newgarden says that Scott McLaughlin did not do anything wrong despite passing his Team Penske team-mate for victory in the final corner of the Texas IndyCar race.

McLaughlin officially led exactly three quarters of the race, including every lap from the 206th through 247th, but not the 248th, when the chequered flag flew.

The New Zealander had come under pressure for several laps as the front-runners negotiated traffic and when he could not get by David Malukas on his final lap, Newgarden fired the #2 Chevrolet around the outside of Turn 4.

In the end, the two-time IndyCar champion denied the three-time Supercars champion victory by just 0.0669s.

Speaking on television just after the race, a “gutted” McLaughlin vowed to learn from the defeat, which came three weeks after his breakthrough win in the category.

Having taken that risk, he came to the defence of his less experienced team-mate.

“I think Scott didn’t do anything wrong,” opined the Tennessean.

“I made that in a very split-second decision. I mean, I’m serious when I say I was pretty much conceding with a lap-and-a-half to go; it was just kind of going to be what it was going to be.

“I wasn’t in position correctly for that final stint but I just went forward and I think he didn’t do anything wrong.”

McLaughlin admitted his #3 Chevrolet’s performance was waning in the closing stages, a point which the man running just behind him in the final stint had picked up on. 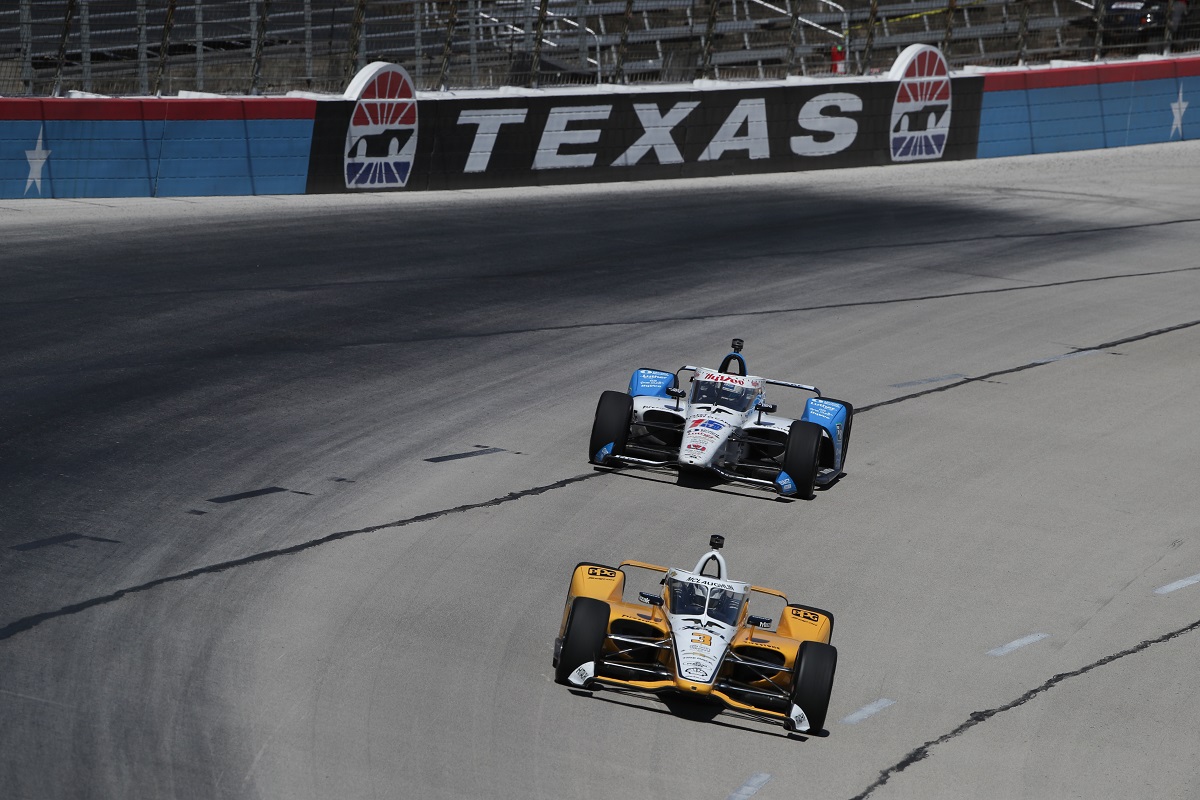 According to Newgarden, McLaughlin thus made the sensible decision.

“He was up on traffic, he was getting very loose, [and] I was a little stronger than him at the end, for sure,” he observed.

“So, I think it would be unwise… it actually just shows his wisdom.

“It would have been very unwise for him to just take a flyer and go high side without knowing what’s going to happen.

“He won the first race, he’s leading the championship… that would have been silly for him to do that decision.

“For me, it was a risk but I think it was somewhat calculated.

“I saw people going up there towards the beginning of the race, middle of the race, so I took calculated risk and it worked out.”

The win was Newgarden’s second from 12 races in 11 events there, whereas McLaughlin had not raced on the 1.44mi Fort Worth speedway until just last year, a discrepancy which the former said was an “unfair advantage” at the end.

“[Experience] helps tremendously,” said the man who made his IndyCar debut in 2012.

“So, from that standpoint, it’s an unfair advantage for me, experience-wise, on what to do or not do.”

Newgarden’s win vaults him from 16th in the standings after Round 1 in St Petersburg to fourth, albeit 32 points behind McLaughlin.

The latter is still on top of the table while Team Penske’s other driver, Queenslander Will Power, is now second at 28 points adrift after a fourth in Texas to go with his third place in the first race of the year.