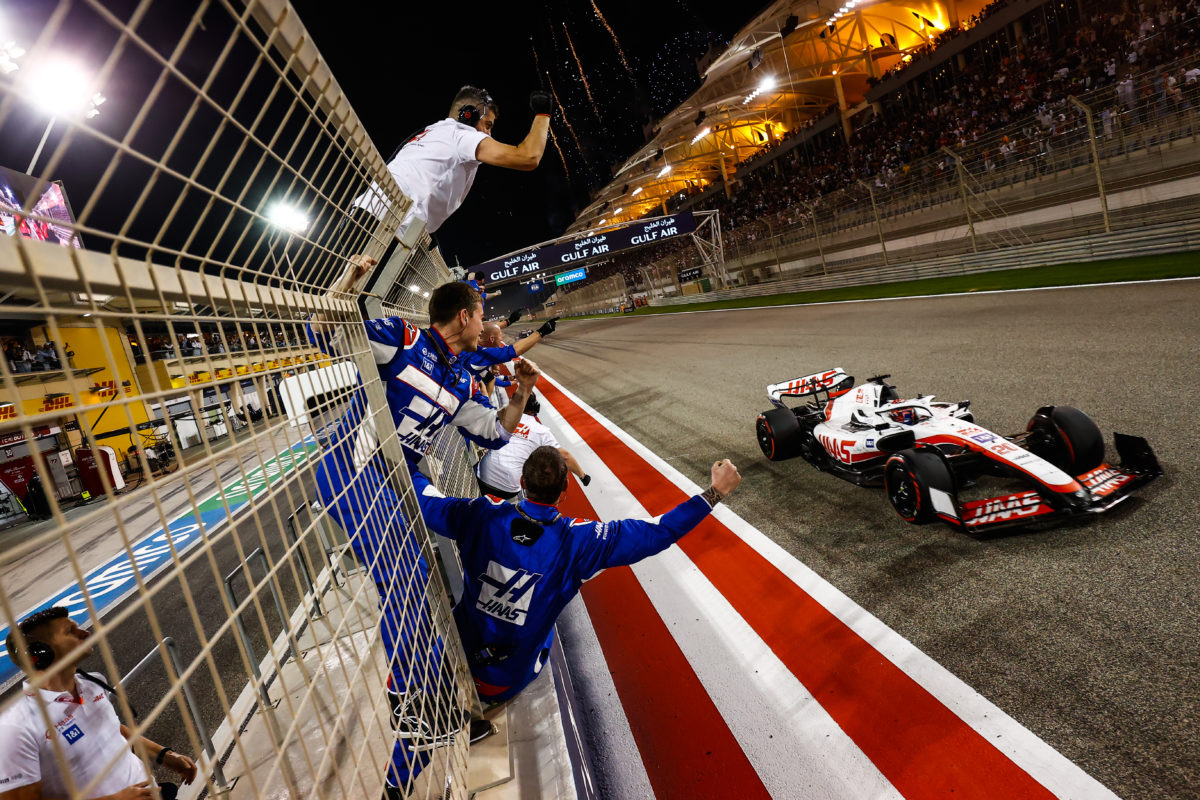 Kevin Magnussen crosses the line to finish fifth in Bahrain

Kevin Magnussen has suggested the ‘craziness just continues’ at Haas after a barnstorming Formula 1 return from the Dane.

After only signing to re-join the team a little over a week prior to the Bahrain Grand Prix, and a troubled opening pre-season test, little was expected from the American-registered operation.

However, Magnussen shattered that illusion on his first day behind the wheel by posting the fastest time on the second day of testing in Bahrain.

He and team-mate Mick Schumacher continued to show well on the final day before featuring prominently throughout practice once the season got going.

Magnussen then qualified seventh for Sunday’s race, going on to finish fifth – the team’s first points finish since the Eifel Grand Prix in 2020 and best single result since the 2018 Austrian Grand Prix.

“This craziness just continues,” said the 29-year-old after Sunday’s race.

“We had a really good race, the car was good all the way through.

“We had a little more degradation than we had hoped for on the first set, but I also got past a few people that were faster than me on the first lap.

“Then, I didn’t really know whether to try and keep them behind or just kind of let them go by, and also locked up a little bit.

“So that first stint maybe wasn’t perfect, but from there, even though we pitted earlier than planned, we kind of extended that second stint on the same tyre, extended it to get back on plan.

“Obviously a bit of luck at the end with the two Red Bulls, but we’ll take that.”

It leaves Haas, a team which some claimed was on the brink of collapse at the start of the month, sitting third in the constructors’ championship behind Ferrari and Mercedes.

“It’s good to be back for the whole team,” said team principal Guenther Steiner.

“They’ve done a fantastic job, not just today but for the last two years.

“Everyone kept their head high and just got ready for the moment that we would have a good car.

“When that moment came, everyone did their part and I’m very proud of them, and they can be proud of themselves.”

The 2022 Formula 1 season continues to Saudi Arabia this weekend for Round 2, opening practice for which begins at 01:00 AEDT on Monday.