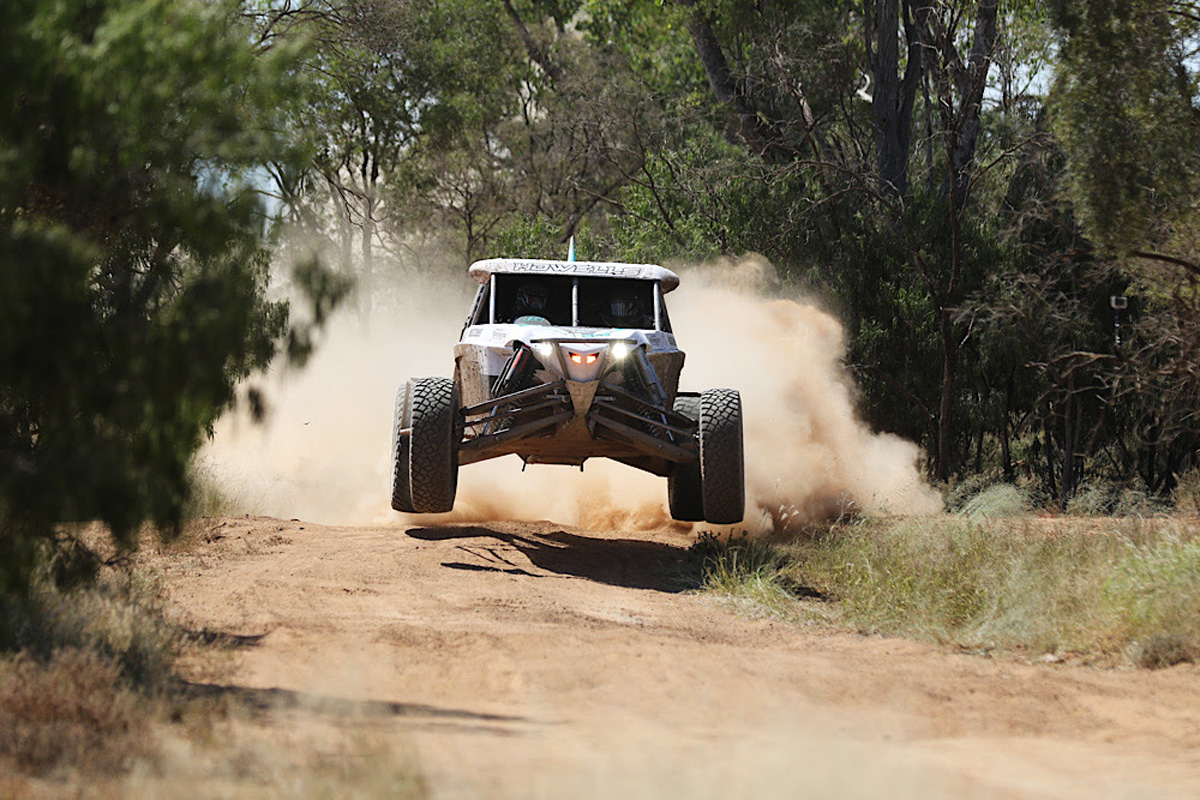 Josh Howells and Eric Hume have backed up their 2021 triumph in the Cobb & Co Hotel St George 399 to get their new BFGoodrich Motorsport Australia Championship campaign off to the perfect start.

“We had little hiccups along the way and that is always a thing, but we were able to get over them and move forward and we were lucky enough to keep the pace when we did have issues.

“Even though kept our cool and pushed through, I have to give a massive shout out to my team who gave me a car that made it possible to race at the pace I needed to race. It was unreal.”

Ryan Taylor and Kye Floyd finished second, with Rentsch rounding out the podium alongside navigator Ian Rentsch in a strong return to the AORC – having last competed at the 2019 Tatts Finke Desert Race.

It wasn’t a straightforward podium result for the Rentsch duo though, having entered the final interval seven seconds down on Greg Gartner/Jamie Jennings in the battle for third – only for the latter combination to be struck down by late mechanical woes.

Gartner/Jennings were forced to stop just 20km from the finish, motor issues the cause.

Michael Spokes/Brad Rogan were fourth outright and first in the Prolite class.

New South Wales plays host to Round 2 of the AORC season – the Pooncarie Desert Race – across May 6-8.