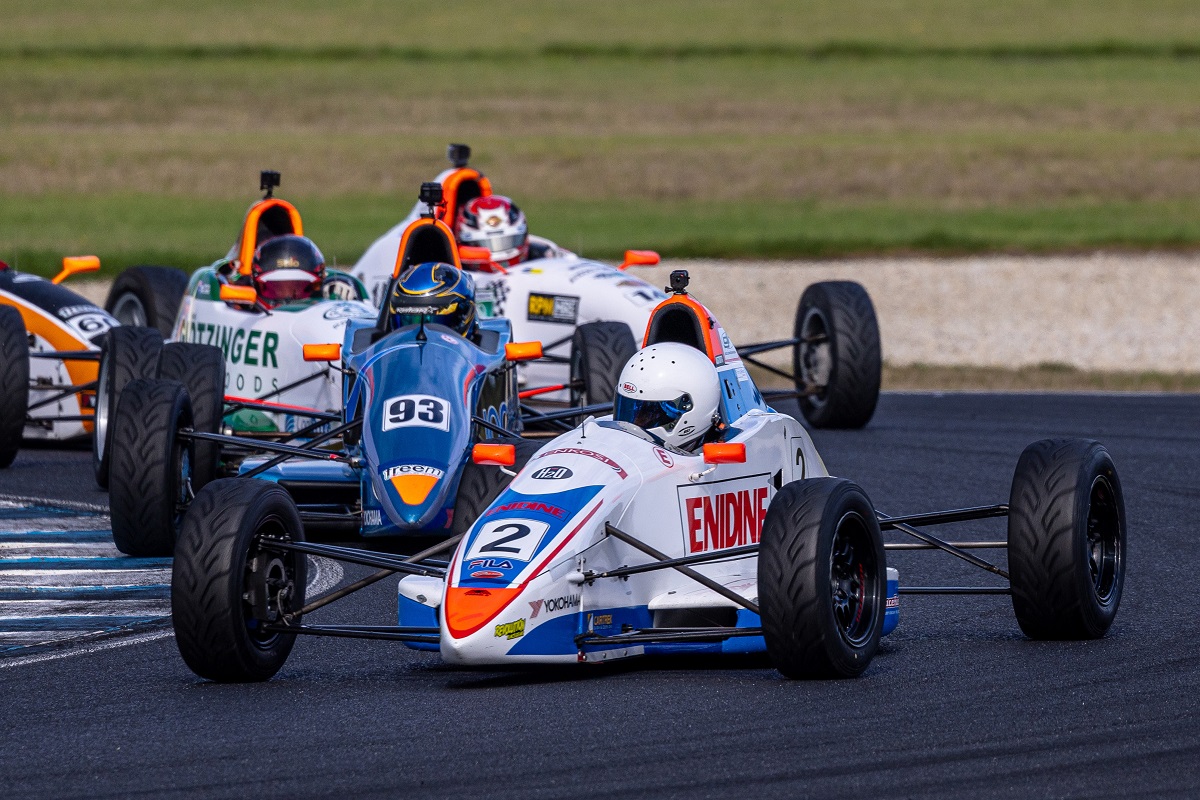 Valentino Astuti has swept Round 2 of the Australian Formula Ford Series at Phillip Island.

The Sonic Motor Racing Services driver in fact not only won all three races, but also qualified on pole position.

His final victory of the weekend came by just 0.0048s after a race-long battle with CHE Racing’s James Piszcyk.

“It feels pretty good to take a clean-sweep this weekend, especially after our unfortunate round down at Sandown,” said Astuti.

“Obviously, last year’s incident [rollover at Wakefield Park] wasn’t planned, so I’ve just lifted my head up since then and really focused on my craft and put it to use here at Phillip Island.

“Enidine has helped me out with getting on the grid this year, they’re a huge simulator company and they do a range of other things as well. Trevor [Wilkinson] there has been a big help, they’re really helpful and I’m grateful for them to be on the car.

“Winton is next, and hopefully it’s a strong round for me. We’re looking forward to it, being a Supercars round and Sonic also has their Porsches there as well so it should be good.”

Cody Donald leads the series but Astuti has jumped into a share of second in the standings with Piszcyk, five points off top spot.

Round 3 supports the Winton SuperSprint on May 21-22.