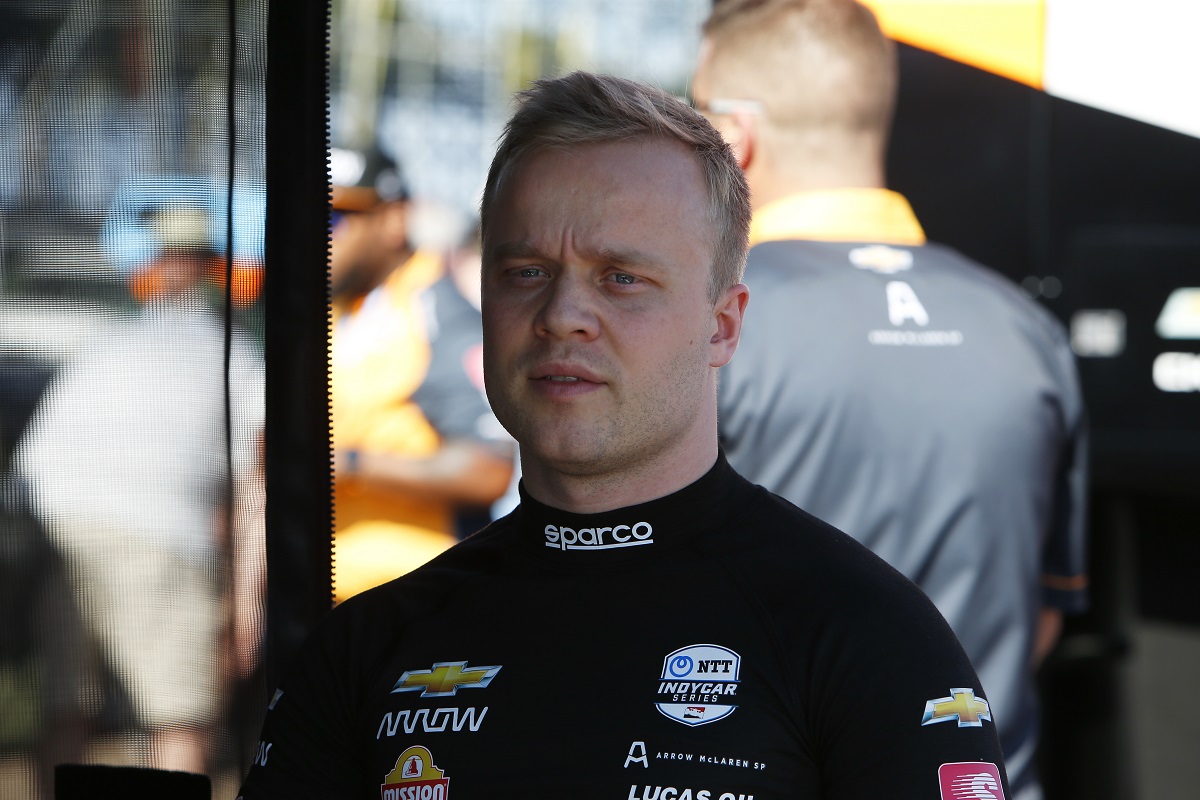 Felix Rosenqvist has qualified on pole for Race 2 of the IndyCar season at Texas Motorsport Speedway, with Scott McLaughlin to join him on the front row.

The McLaren SP driver pipped the series leader by 0.014mph (0.023km/h) over the course of their respective two-lap runs around the Fort Worth circuit, despite being 16 cars apart in a qualifying order set on the basis of entrant points.

Takuma Sato ended up third for Dale Coyne Racing with RWR, with Will Power making it two Team Penske cars on the first two rows, and Scott Dixon qualifying fifth in his Chip Ganassi Racing entry.

Rosenqvist was only 11th onto the track but first to crack a lap above 221mph when he set a 221.316mph on his first tour.

It took another seven cars for a serious threat to come, Sato falling just shy with a 221.094mph average in the #51 Honda, before Dixon took up third when he completed a two-lap run of 221.011mph in the #9 Honda.

That was the top three with five cars still to come, at which time Romain Grosjean clocked an average of 220.412mph in the #28 Andretti Autosport entry to take up ninth.

That became 10th when team-mate Colton Herta followed the Frenchman and set a 220.602mph run which put Car #26 into seventh, with three drivers to go.

Will Power then went third-quickest with a 221.016mph average in the #12 Penske Chevrolet and when Chip Ganassi Racing’s 2021 champion Alex Palou set a 220.571mph, only McLaughlin could knock Rosenqvist off pole.

Meyer Shank Racing’s Simon Pagenaud set the pace in Practice 1 but ended up only 14th on the grid with a 220.338mph average.

Jimmie Johnson, on his competitive oval debut in IndyCar, wheeled the #48 Chip Ganassi Racing entry to a 219.865mph average which had him faster than the four drivers who went before him, and 18th all told.

A special session has been added to the programme for the express purpose of rubbering in the top lane of the track, with final practice pushed back to 08:45 AEDT this Sunday morning.