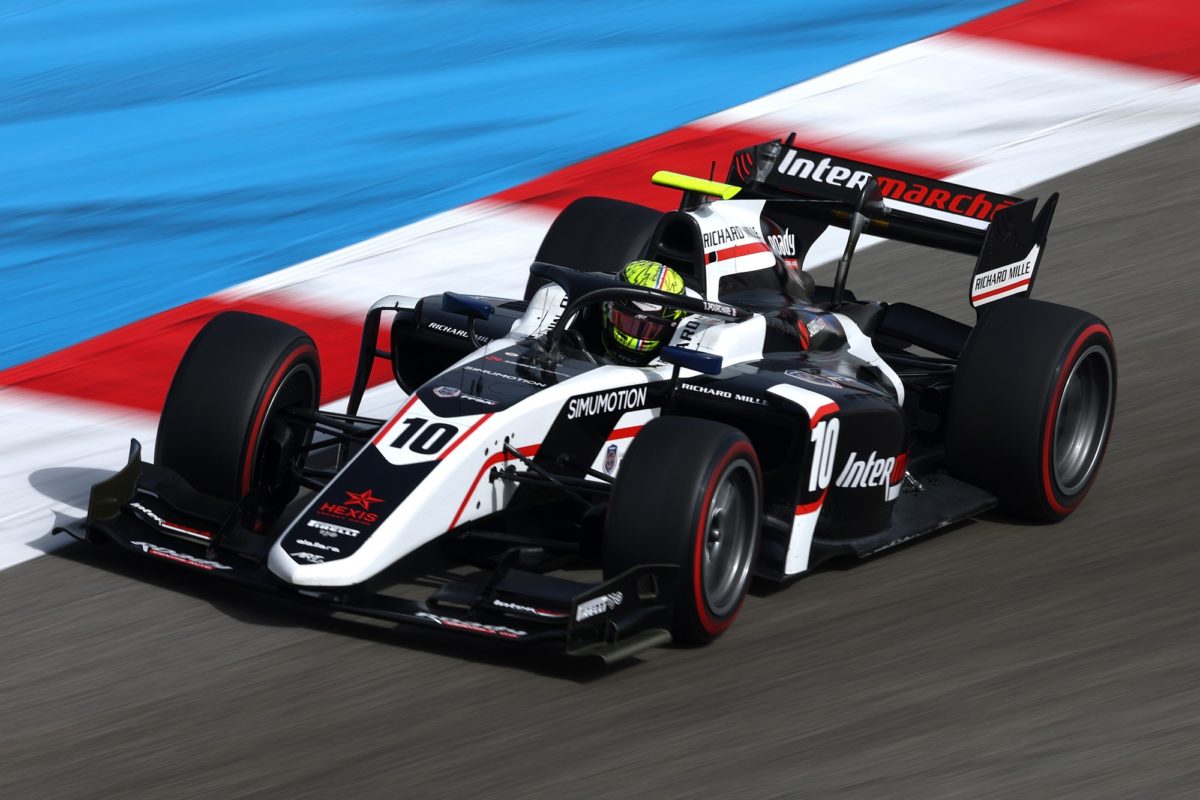 Theo Pourchaire has won the opening Formula 2 Feature race if the season in Bahrain while Jack Doohan came home 10th.

The Australian pole-sitter was a contender for victory until contact mid-race left him with a damaged front wing and saw him charge home to the last points-paying position.

A slow start saw Doohan slip from pole to third as Juri Vips dissected the front row to seize the race lead into the first corner.

Starting on the soft tyres, Calan Williams rose rapidly through the field, the West Aussie sixth at the end of the opening lap after starting 12th.

The Safety Car was deployed on Lap 2 after Frederik Vesti found himself facing the wrong direction and Turn 1.

At the end of Lap 4, the Safety Car returned to the pits and released the field, Vips leading from Richard Boschung and Doohan.

The pole-sitter promptly made a move into Turn 1, gaining second place before defending the position at Turn 4.

Boschung then lost another spot to Pourchaire as Vips quickly opened a 1.5s advantage out front.

Having dropped a place at the restart, Williams reclaimed sixth soon after as he continued to reap the rewards of his soft tyre start to the 32-lap race.

After 12 laps, the pit sequence began with a number of hard-shod runners swapping onto the softs.

A disastrous stop for Vips on Lap 14 dropped him well down to 13th on the track.

Doohan inherited the race lead before taking to the lane next time around for his own stop, rejoinging the fray in sixth.

He emerged behind Pourchaire, only to make light contact with the Frenchman when he slid long at Turn 1 which left the Aussie with a damaged front wing.

Doohan returned to the pits for a replacement, falling to 20th and last. Compounding his mistake was a third stop on Lap 17 which left him almost a lap behind the front of the race.

A second Safety Car was deployed on Lap 28, Dennis Hauger taking to the lane where his front-left wheel fell off as he attempted to exit his pit box.

Williams suffered the same fate, the Trident driver stuck in the fast lane and forcing officials to close pit entry.

It was a disappointing end to what had been a promising race in which he’d featured well inside the top 10 throughout.

Taking the restart in 15th, Doohan moved up to 12th as officials announced the race had been reduced by a lap.

It made it therefore a one-lap sprint to the flag with Pourchaire holding on ahead of Lawson and Vips.

Pourchaire leads the championship after the opening weekend from Lawson, while Doohan sits 11th on three points.

The season moves to the Jeddah Corniche Circuit next weekend as F2 supports the Formula 1 Saudi Arabian Grand Prix.