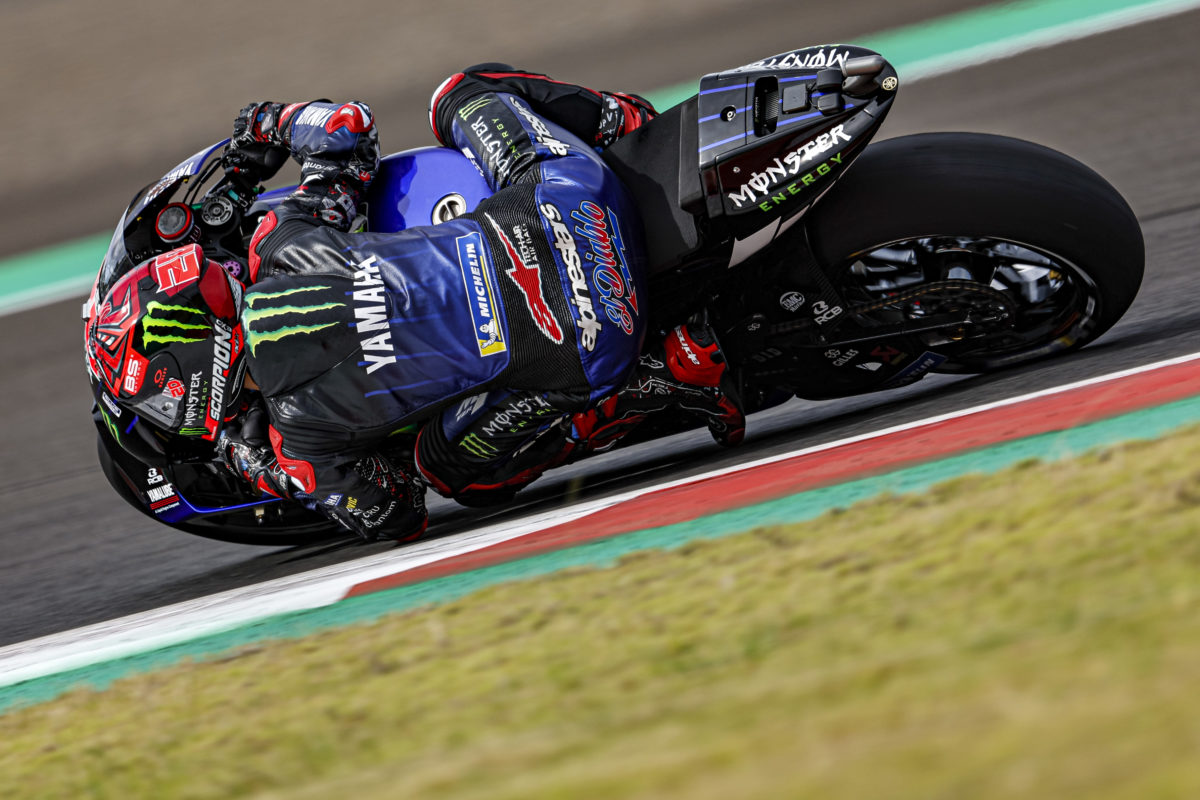 The Lombok venue saw MotoGP action for the first time in last month’s final pre-season test, at which time a dirty circuit left riders with only a one-line groove.

While much of Mandalika has been resurfaced since then, it remains very low-grip, a challenge exacerbated by rain during the weekend.

As such, leaving the race line to try and effect an overtake is likely to be particularly difficult, according to front row starters and Pramac Racing team-mates Jorge Martin and Johann Zarco.

It is, however, still an improvement on the test, according to the former.

“The line is so narrow and if you go out of the line, it is really dirt, so it’s difficult,” said Martin, who qualified second-fastest, when asked about the matter by Speedcafe.com.

“The start will be important, for sure, but starting from the front is always good and here much more, so I am confident.

“It’s much better also than in testing; in testing it was completely impossible even to follow someone and now it is much better so yeah, I think you can overtake, but it’s a bit tricky and a bit risky also, so just be careful.” 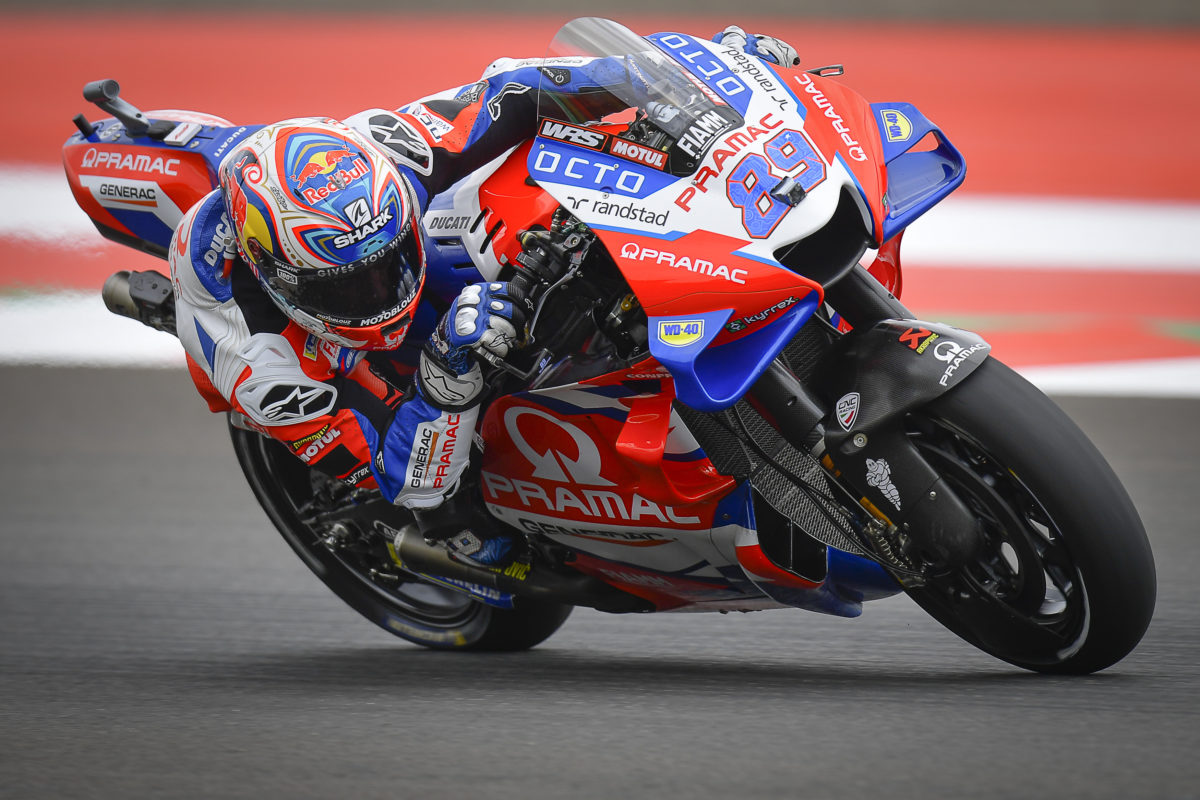 Zarco suggested that if a rider can stretch a gap over the chasing pack, they will be hard to reel in.

He also noted the importance of not getting stuck in a pack, saying, “If we can stay in the three in front without getting disturbed by the others, it will be the best race we can have.

“Because, I think one or two riders is okay, [but battling with] more will be very hard, and let’s see the pace.

“If it’s very warm and depends on the choice of the tyres, if someone can get the advantage and go in front, I think he will be in the best position.”

As the Ducati rider touched on, another factor this weekend has been the relatively high temperatures in what is ordinarily part of the road network for an Indonesian tourism estate.

Monster Energy Yamaha rider Fabio Quartararo qualified on pole position but his YZR-M1 tends to be quite susceptible to a big increase in front tyre pressure when it gets stuck behind another bike.

The 2021 champion described Mandalika as “one of the trickiest tracks to overtake” on, and is also wary of the heat effect.

“[When] We follow a bike, we struggle quite a lot to overtake,” admitted Quartararo.

“Then I think you need to play a little bit with the [tyre] pressure of course, before the start, but in this this kind of track, where it’s really hot, it’s always better to start more in front than on the back.

“So, I feel like it’s a great track to start from the front row, and let’s see how my practice start goes, but normally I’m not too bad this year.”

Race start for the premier class is scheduled for 18:00 AEDT, with 27 laps the journey.