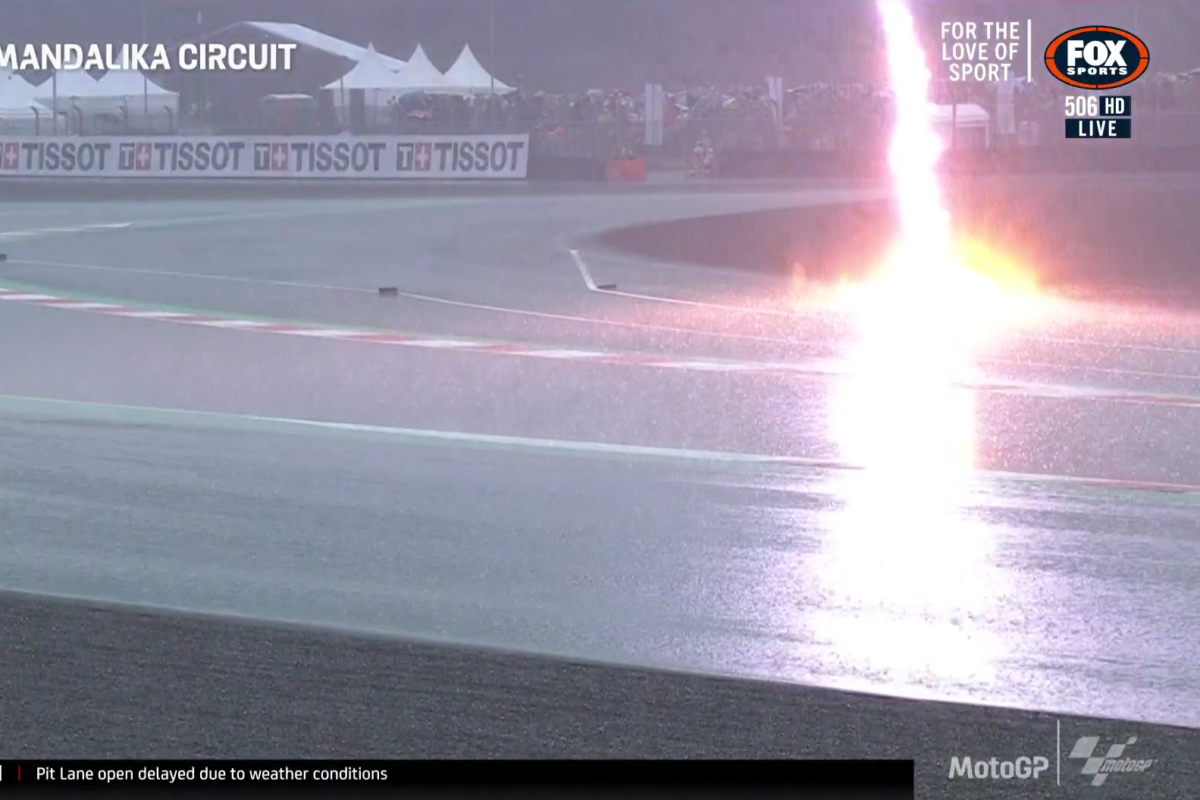 Race start in the Indonesian MotoGP has been delayed a second time due to a torrential storm at the Mandalika International Street Circuit.

Further rain has seen the opening of pit lane delayed again, while thunder also continues around the island of Lombok on which the track is located

The weather situation is just the latest drama today, after Marc Marquez had a massive highside in the Warm Up which would see the Repsol Honda rider ruled out due to concussion.

Between those developments, the race distance was shortened from 27 laps to 20 for safety reasons relating to the heat, only for challenging conditions of a different nature to transpire.

A local rain ritual is now taking place at the circuit.