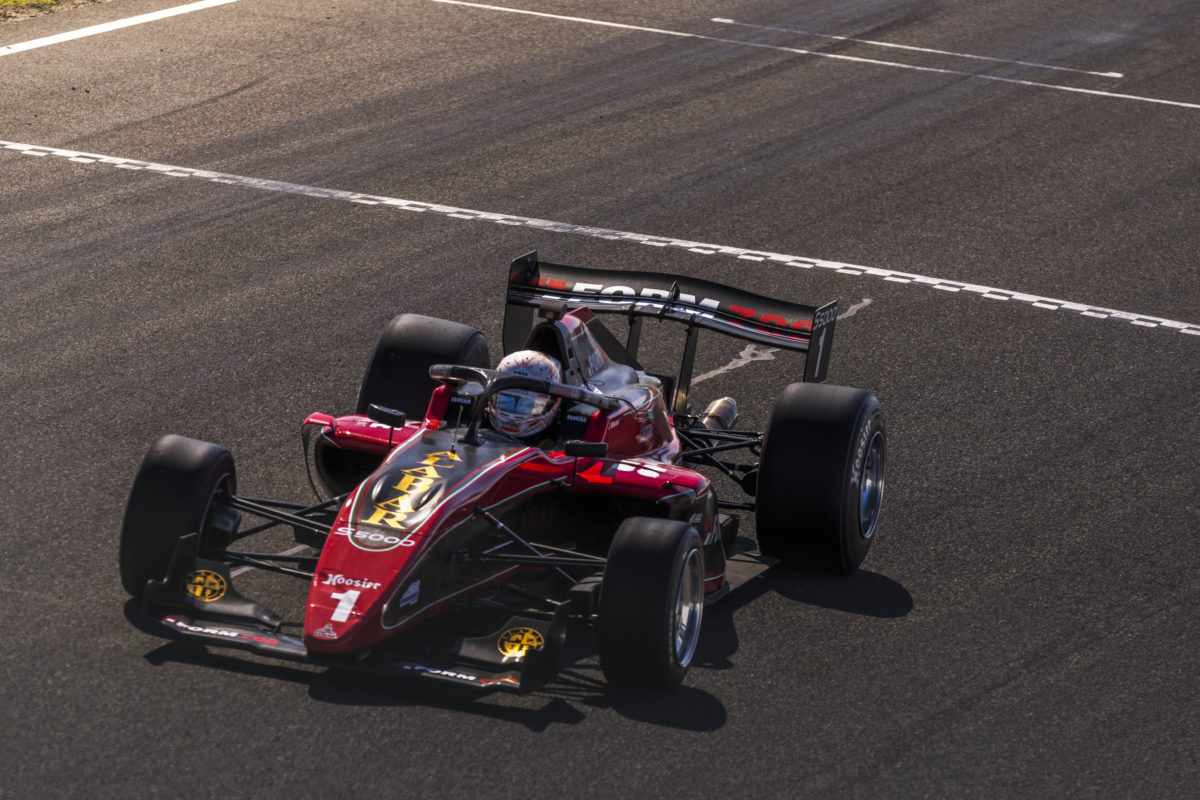 Team BRM’s Joey Mawson has withstood significant pressure from James Golding to take out Race 3 of Round 2 of the S5000 Australian Drivers’ Championship at Phillip Island.

Golding started from first position and looked to have done enough to enjoy the initial lead but Mawson braved the outside line and swept ahead at Doohan Corner.

The race came under Safety Car before the standing lap was done when Blake Purdie took out Shae Davies at the Turn 4 Hairpin, having clipped Zane Goddard in the braking zone and broken the left-front corner of Car #48.

Mawson led Golding, Cooper Webster, Tim Macrow, the surviving Goddard, Adam Garwood, and Kaleb Ngatoa back to the restart on Lap 6, after which he came under big pressure from the second-placed Garry Rogers Motorsport entry.

The 2021 Australian drivers’ champion continued to be harassed by Golding, and was issued a bad sportsmanship flag on Lap 8 for the manner in which he defended his position from Car #31.

Mawson could not shake Golding but won out by 0.1480s when the chequered flag came after 11 laps of racing on the Sunday afternoon of the Shannons Motorsport Australia Championships.

Webster finished third, from Macrow, Goddard, and Ngatoa, with Garwood the last of the seven finishers.

Macrow now leads the championship by just one point over Mawson and another two over both Golding and Webster.

Round 3 supports the Formula 1 Heineken Australian Grand Prix, on April 7-10 at Albert Park.