Marquez out of Indonesian MotoGP due to concussion

Marquez out of Indonesian MotoGP due to concussion 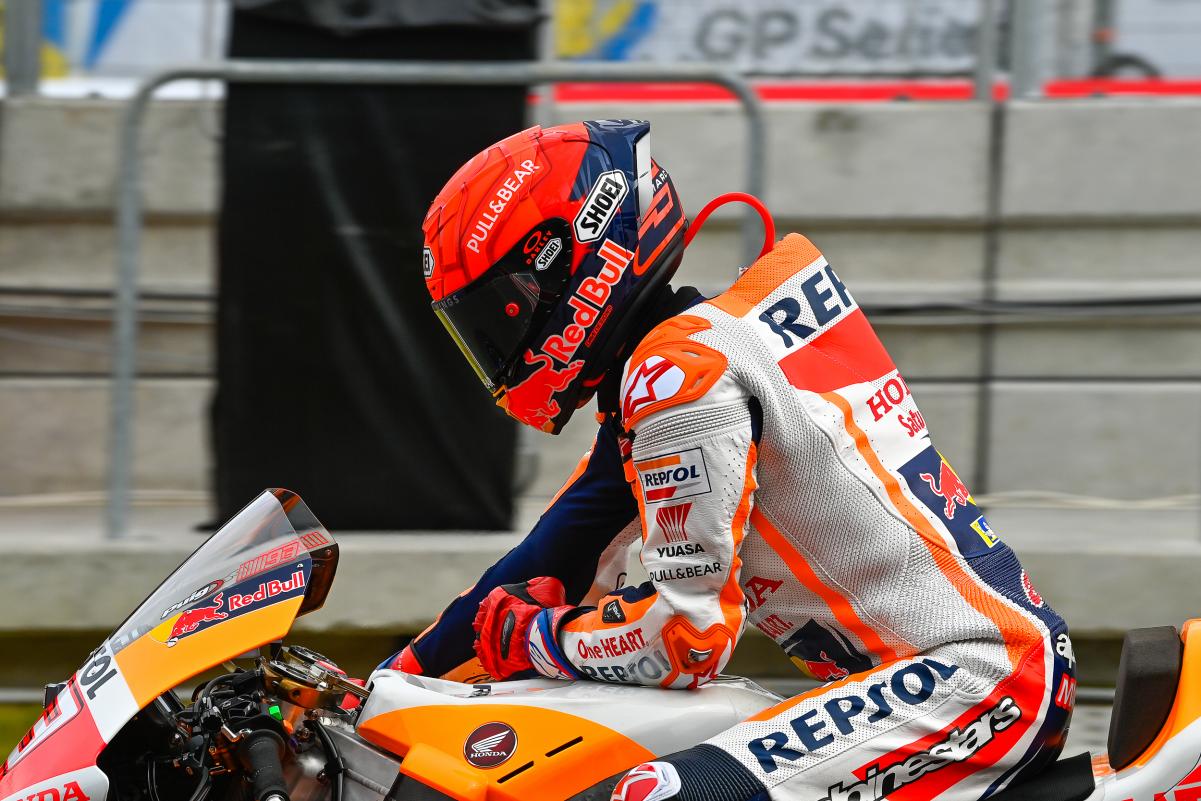 Marc Marquez has been ruled out of the Indonesian MotoGP after suffering a concussion in a sickening Warm Up crash.

The Repsol Honda rider had a shocking highside at Turn 7 of the Mandalika International Street Circuit and, while he walked away from the crash site, was subsequently taken to a local hospital for examination.

Marquez has since returned to the track but will take no part in this afternoon’s race having been declared unfit.

“He had a high-energy crash in the Warm Up, which resulted in a head injury.

“Initially, we examined him here [circuit] and then referred him to the hospital in Lombok.

“He underwent several radiological tests, which were negative.

“In agreement with the rider and the team, and due to the fact that this type of pathology requires a period of observation between 12 and 24 hours, the rider, the team and the MotoGP medical staff have decided to declare him as unfit.”

The race has been shortened due to safety reasons, a decision said to have been related to the warm weather.

Marquez is, of course, but one of several riders to have crashed this weekend on what is a very low-grip surface at MotoGP’s newest circuit.

The Spaniard has only just returned from injury after a training crash last October which left him with concussion and double vision.

Then, he had injured the same eye nerve as that which he did in a Moto2 crash in 2011.

Race start at Mandalika is scheduled for 18:00 AEDT.

.@marcmarquez93 has been declared unfit after examination in local hospital and by the circuit staff and doctors.