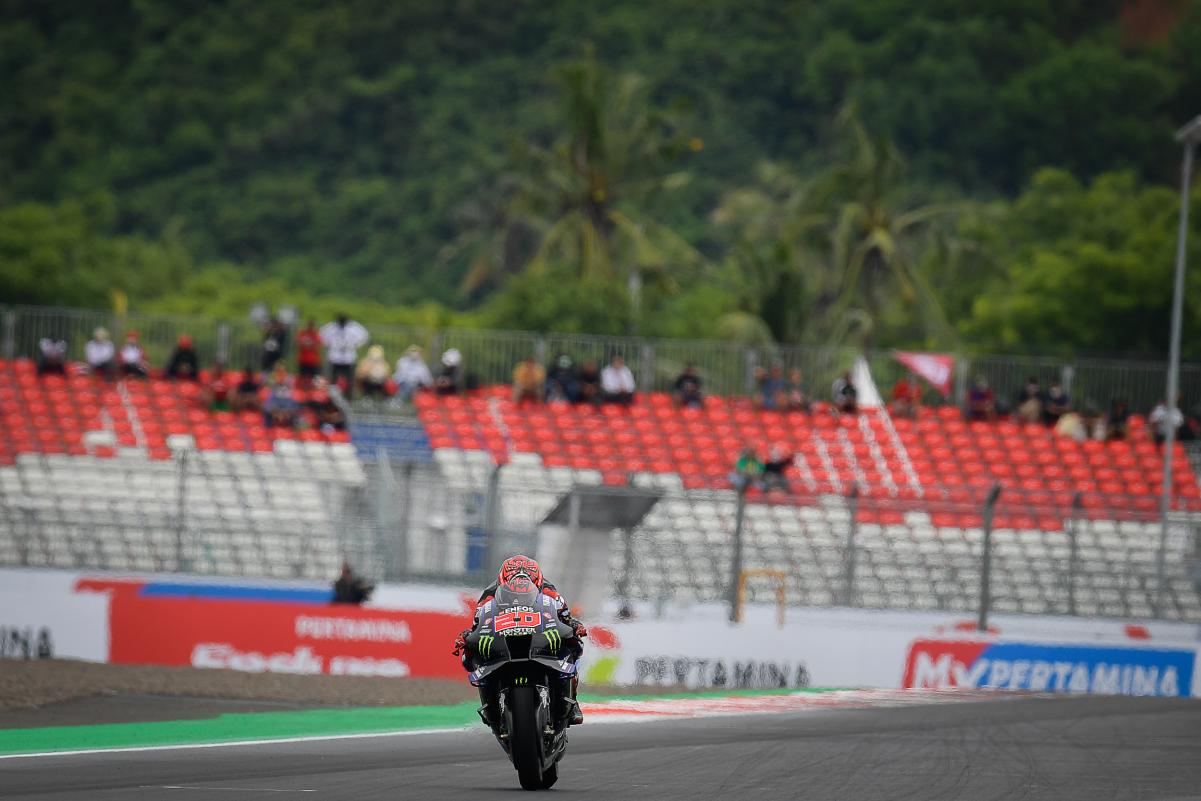 This afternoon’s MotoGP Indonesian Grand Prix has been shortened from 27 laps of the Mandalika circuit to 20.

Race Direction cited concerns over the weather for the change, and FIM Grand Prix Safety Officer Franco Uncini explained, “We’ve decided to reduce the race distance on safety grounds as a result of high temperatures.”

The Moto2 race had also been cut short, by a third of its originally scheduled distance.

The new Mandalika International Street Circuit has proven to be a very low-grip venue, with several riders coming to grief so far this weekend.

Marc Marquez, for example, has been taken to hospital for checks after a monster highside in the MotoGP Warm Up session earlier today, having crashed twice in Qualifying 1 also.

It is not yet known if the Repsol Honda rider will take the start, which is due at 18:00 AEDT.