Tight at the top for Verstappen and Leclerc in FP2

Tight at the top for Verstappen and Leclerc in FP2 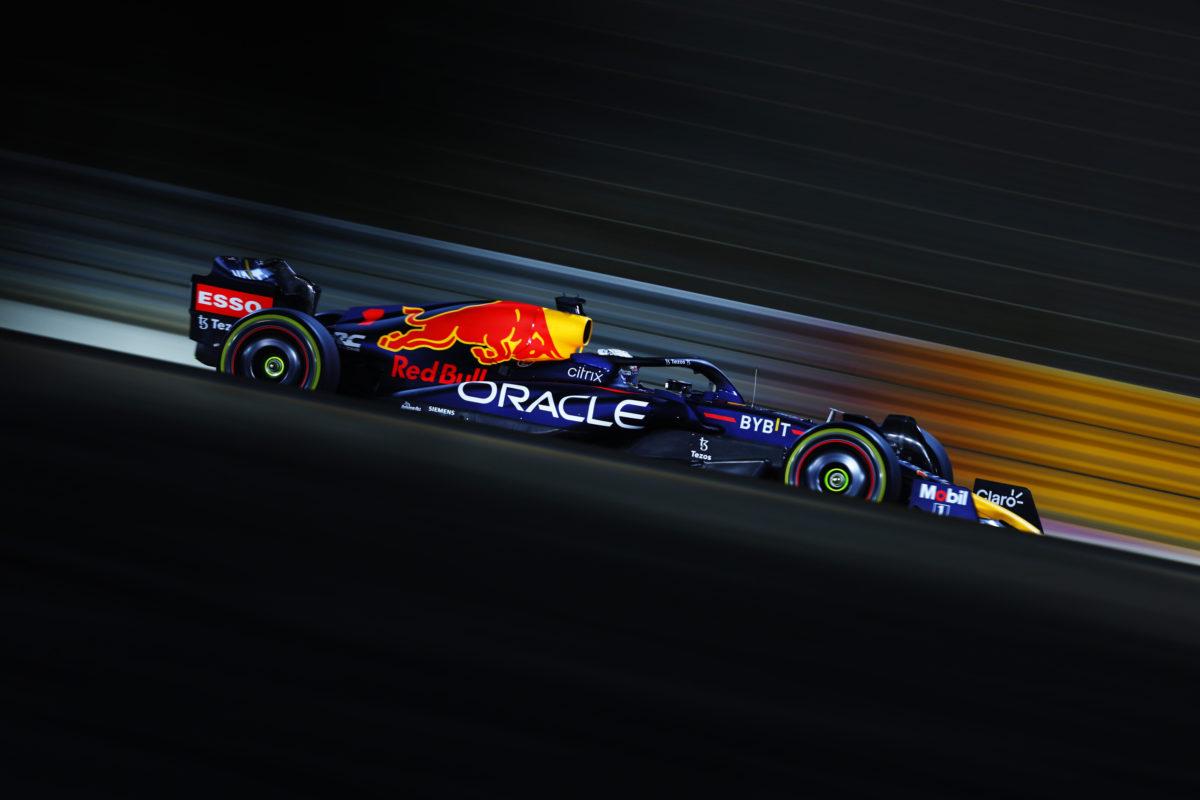 However, the world champion was less than a tenth clear of Charles Leclerc, and potentially even less than that if not for a moment with Yuki Tsunoda late on.

Carlos Sainz was third best while Ferrari power units featured in the back of half the cars in the top 10.

It was another busy start with all bar the two Red Bulls heading out within the opening five minutes of the session starting.

That included Lewis Hamilton, whose car was on stands as pit exit opened with the team making a setup change to the Mercedes W13.

Leclerc was the early pace setter for Ferrari, setting a 1:33.121s on a set of medium compound tyres, a time which left him 0.7s clear of the pack at the time.

With conditions more relevant in terms of both qualifying and Sunday’s race, teams began looking more towards performance runs than they had in Free Practice 1.

As a result, porpoising was more prevalent, with Esteban Ocon and Hamilton both reporting the issue.

Leclerc’s advantage shrunk to 0.5s when Max Verstappen pumped in a 1:33.621, the Dutchman fastest to the first split but the Ferrari driver the pace setter through the remainder of the lap.

While the Monegasque remained at the top of the timesheets, his advantage evaporated with Kevin Magnussen, Lando Norris, and Esteban Ocon slotting in between the Ferrari and Verstappen.

Reinforcing Magnussen’s earlier lap was Mick Schumacher, the German moving up to fifth on the timesheets with a 1:33.254s.

Shortly after the halfway point of the session, Verstappen shot to the top with a 1:31.936s with a set of soft compound tyres fitted.

Across the Mercedes garage, Hamilton sat only ninth, his cause not helped by a malfunctioning DRS and a front brake issue, with the car pulling to the side as he decelerated.

Daniel Ricciardo’s session came to an early end when the MCL36 sprung a water leak.

The Australian managed 12 laps in the session, logging just the 18th fastest lap, 0.9s down on his McLaren team-mate Lando Norris.

In the final minutes, everyone but Ricciardo was on track, a mixture of priorities across the field.

That resulted in a moment between Leclerc and Yuki Tsunoda at Turn 8, the former on a low fuel run and the latter a race simulation.

It caught the eye of the stewards, which initially noted the incident before announcing they would be investigated.

Tsunoda later had another moment with Lance Stroll, the Japanese driver looking to make a move at Turn 8 and making faint contact with the Aston Martin’s right-rear wheel.

The session concluded without further incident, Verstappen fastest from the Ferrari pairing of Leclerc and Sainz.

Hamilton ended the session ninth, three places down on former team-mate Valtteri Bottas who managed 28 laps after sitting out FP1 with a misfire.

Nico Hulkenberg was on par with Stroll, the Aston Martin pair running 16th and 17th, the Canadian the faster of the two by 0.1s.

A final practice session follows, another 60-minute hit out, commencing at 23:00 AEDT on Saturday.