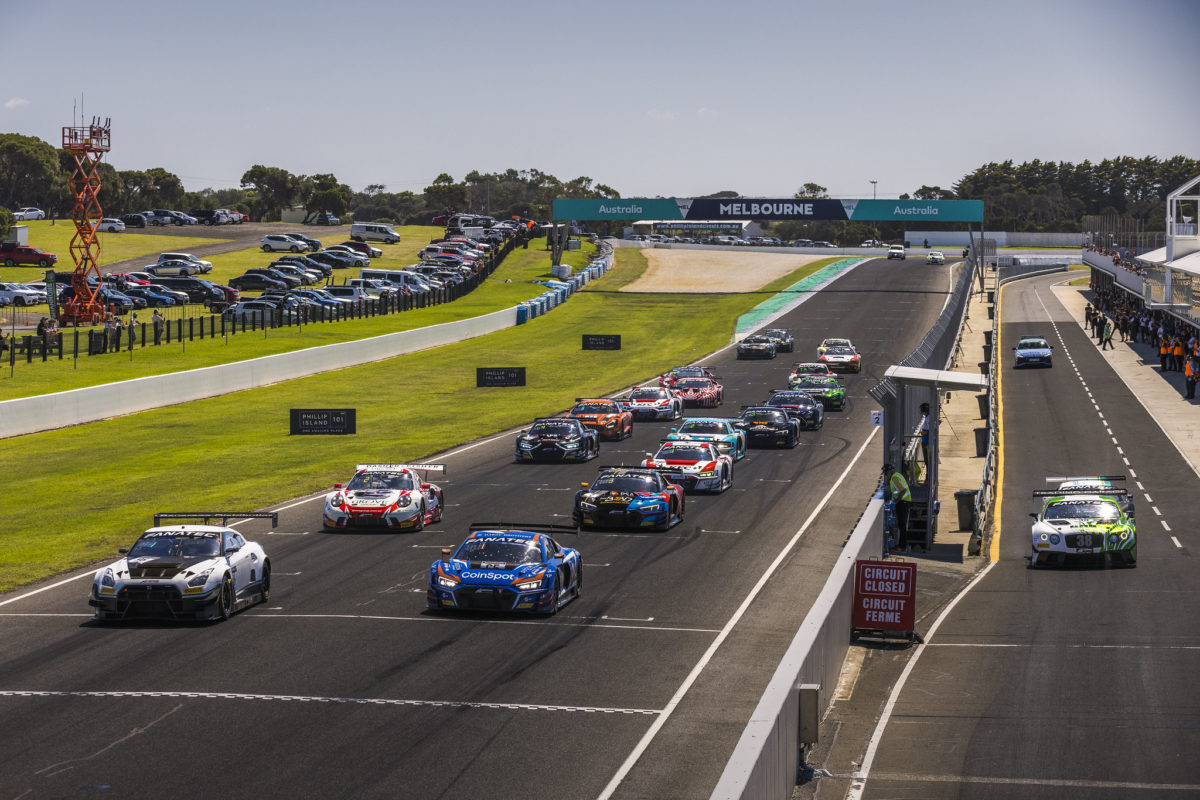 Brad Schumacher, second in the queue at the end of pit lane for the start of Race 1. Picture: Australian Racing Group

Schumacher had earned fifth outright on the grid for Race 1 in his older model Audi R8 LMS, and took the chequered flag just one position further back after an hour of racing.

However, he had to do it the hard way, after an unfortunately timed visit to the toilet forced the Bathurst driver to start from pit lane.

“The day didn’t start out how we would’ve liked it to,” admitted Schumacher.

“I looked at the clock, it said 12 minutes until the race start so I nicked over to have my last minute toilet stop as I always do, because I don’t like cruising around for an hour with a full bladder.

“When I came back, the cars were rolling out and unfortunately because we didn’t roll out in garage order, we had to start from the pit lane.

“So I was spewing after qualifying in fifth obviously, but fortunately it didn’t the end result – we still took out the Trophy class win and sixth outright.” 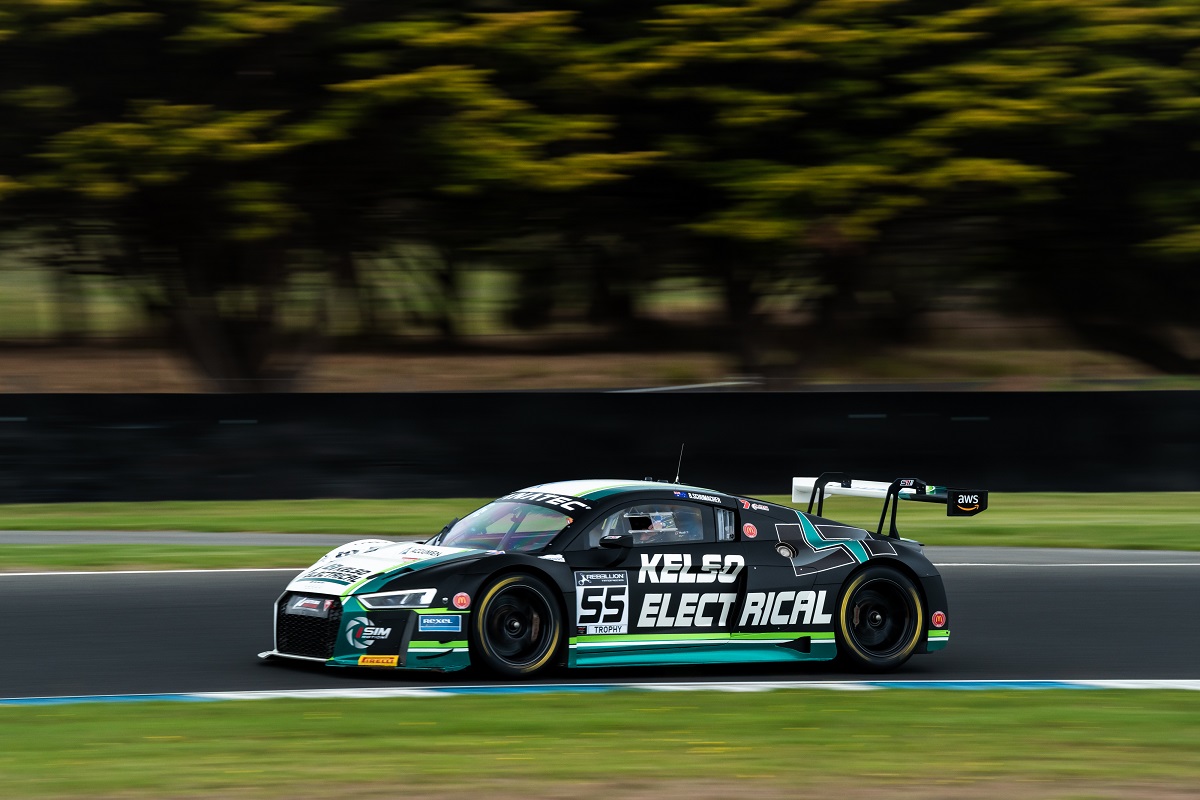 Chaz Mostert and Liam Talbot combined for the outright and Pro-Am class win in a new-generation R8 out of the Audi Sport Customer Racing Australia stable.

Talbot passed Nissan driver Brett Hobson just before the only Safety Car race, and was able to hand over Car #65 with a healthy lead.

From there, Mostert’s margin over factory driver Christopher Mies ebbed and flowed in traffic, but the current Repco Supercars Championship leader had stretched his advantage to more than six seconds at the finish.

“Liam did a fantastic job and he was super quick out the gate,” said Mostert.

“He gave me the car in the lead, and I just tried my hardest to keep the gap to Mies behind me. He’s a well-known competitor and he’s super-fast in these cars so I wanted to make sure I gave the car back to Liam in the spot he gave it to me.

“I’m looking forward to tomorrow. The car was pretty good, but there’s a lot of lapped traffic, so you’ve got to be on your toes out there.”

Talbot remarked, “It was a good race.

“I tried to get the Nissan [Hobson] off the start, maybe that was a bit ambitious because he had so much straight-line speed, but we got a little bit of a gap and tried lap after lap to catch him.

“When his car fell off the cliff, we got super strong and got past him. With the Safety Car, there’s so much risk with a Safety Car restart but I just had so much fun out there and just actually getting the lead was very satisfying.

“Really big thanks to Chaz. He did a good job, the team have been doing 12-hour days for three weeks so without their support we wouldn’t be here, so a big thanks to everyone.”

Mostert will start from pole in tomorrow’s race after setting the fastest lap time in Qualifying 2.

That encounter gets underway at 13:45 local time/AEDT, with Stan Sport’s live and ad-free coverage of the Shannons Motorsport Australia Championships resuming at 11:00 AEDT.