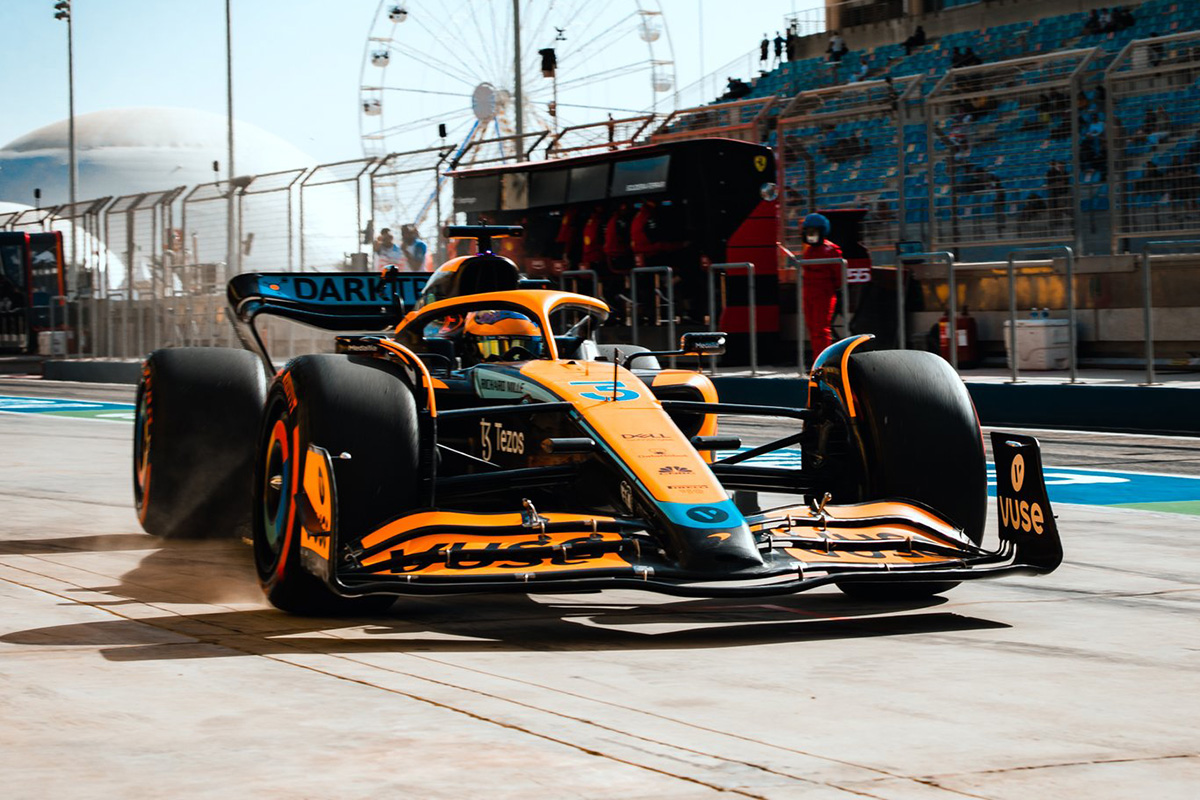 There is no new bet between Daniel Ricciardo and Zak Brown heading into the 2022 Formula 1 season.

Last year the pair struck a deal that, should Ricciardo snag a podium during his debut season with McLaren, he would be afforded a drive in a Brown-owned Dale Earnhardt NASCAR.

The Aussie duly won that bet after he claimed victory at the Italian Grand Prix, heading a one-two for McLaren.

At the United States Grand Prix, he took the wheel of Earnhardt’s 1984 Chevrolet Monte Carlo.

That followed a similar bet with Renault boss Cyril Abiteboul in 2020, which resulted in the Frenchman getting a tattoo after Ricciardo snagged a podium at the Eifel Grand Prix.

Speaking in Bahrain, Brown has now revealed that there has been no new bet struck for the 2021 season.

“No new bets with Daniel,” the American confirmed.

“He won his bet last year, so I think it’s one bet per driver – so still need to figure out what we’re going to do with Lando.”

McLaren heads into the opening race of the year on the back foot after suffering braking issues during the Bahrain pre-season test last week.

The team has rushed through brake duct updates for this weekend, which also sees Ricciardo return to driving duties.

Last week, the 32-year-old was forced out of testing after feeling unwell and ultimately testing positive for COVID-19.

Now out of isolation, Ricciardo has said he’s feeling “significantly better” than a week ago.

He ended Free Practice 1 with the 17th best time, 2.2s away from the outright pace and a tenth down on Norris.