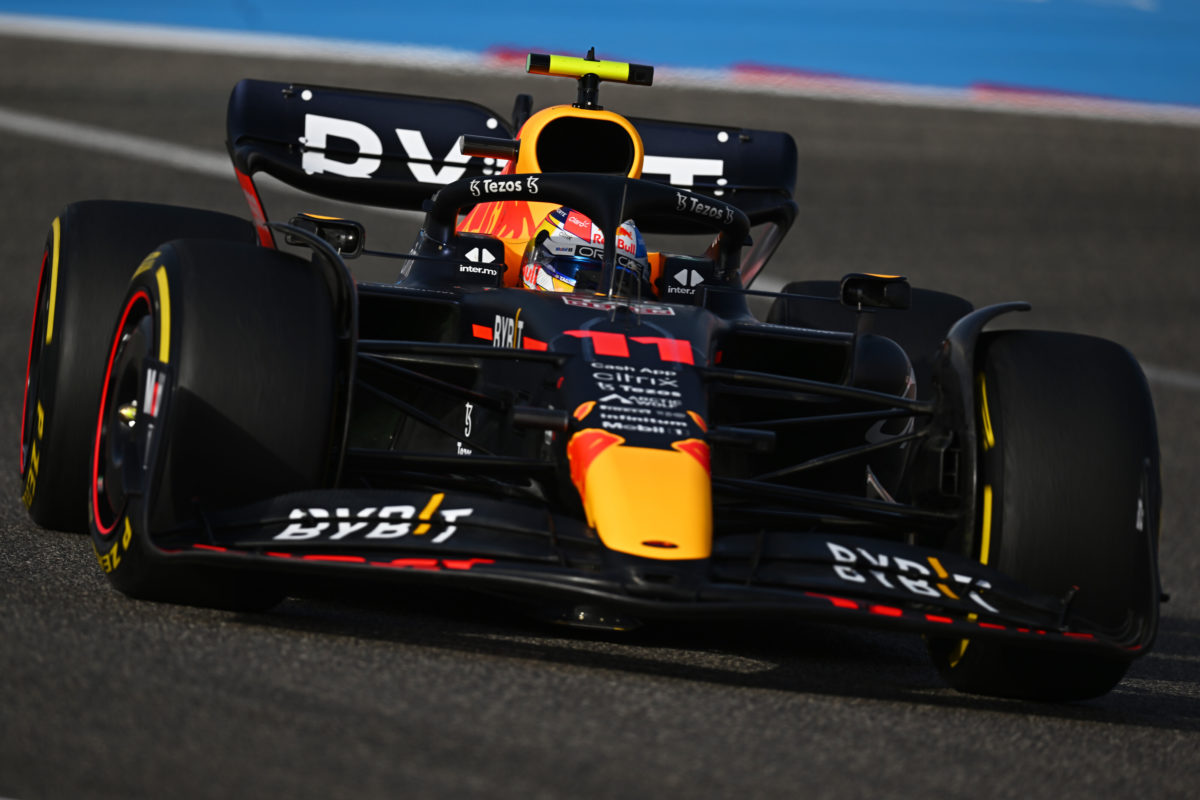 A report from FIA technical delegate Jo Bauer following Free Practice 2 on Friday revealed both Red Bull and Alpine respectively had made the switch.

The report states that “This is the first of the four occasions permitted by Article 29.3 g) of the 2022 Formula 1 Sporting Regulations for the competitors.”

That regulation states that “On four occasions throughout the Championship during P1 and/or P2, a Competitor may use a gearbox assembly outside of the [Restricted-Number Components] allocation.”

It is important to note the change is not the gearbox itself, simply a change of the housing – a common practice from teams on Fridays.

Perez ran to a different programme for Red Bull on Friday to that of team-mate Max Verstappen, who ended the day fastest.

“He was trying a couple of different things on his car,” Red Bull team principal Christian Horner told Sky Sports.

“When you’re limited in time, just to two hours of running with such a new car, you diverge with set-ups to try and gain as much data as you can.

“So both aerodynamically and mechanically, we’re just trying a couple of different things.”

Ocon has sported new spec sidepods during opening practice, though one broke loose from the car in the early minutes of the session.

That forced the squad to revert to a previous spec design, the Frenchman finishing 12 in both FP1 and FP2.