Mercedes ‘not in the fight’ after Friday practice

Mercedes ‘not in the fight’ after Friday practice 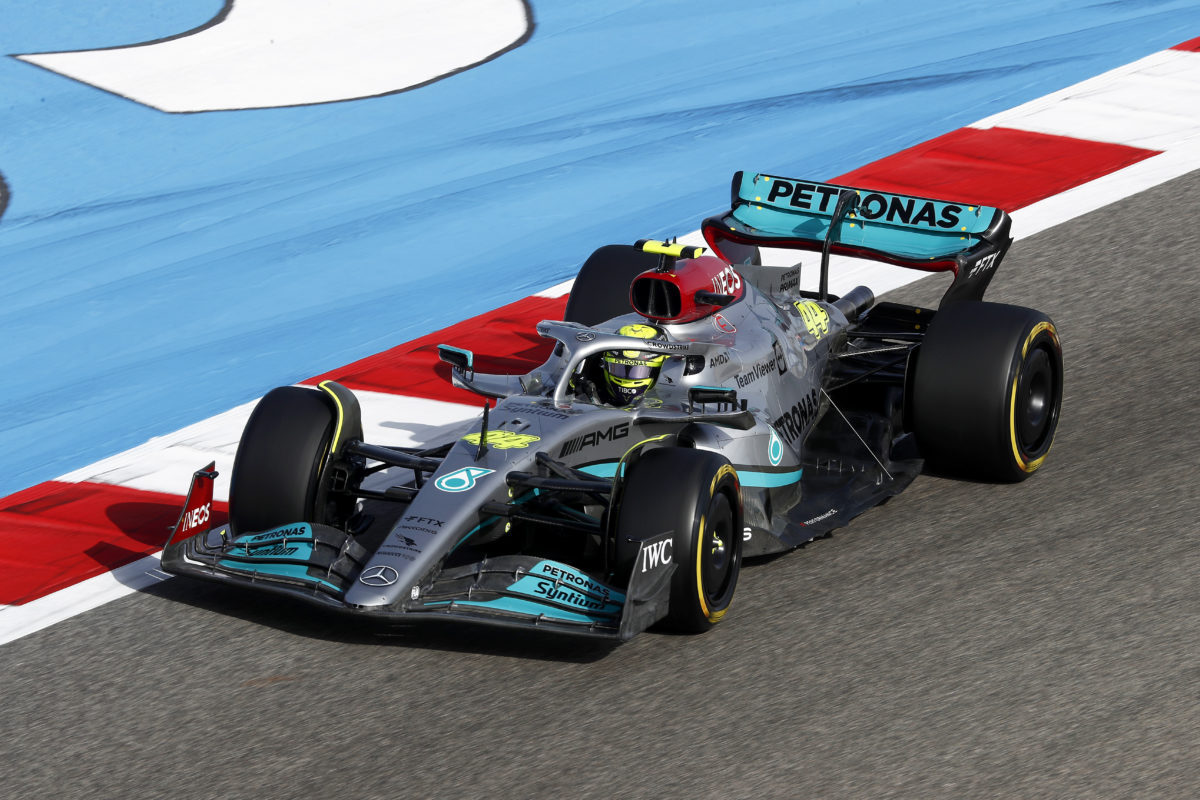 Pre-season concerns that Mercedes was off the pace of Ferrari and Red Bull appear genuine following the opening day of running at the Formula 1 Bahrain Grand Prix.

Lewis Hamilton ended Free Practice 2 just ninth and while George Russell was fourth, the Brit urged caution when reading into that performance.

Heading into this weekend, Mercedes was considered among the favourites.

That was despite an unspectacular pre-season, though that was put down to the team working to deliberately fly under the radar and avoid the spotlight.

It now appears that the Mercedes W13 is, if not off the pace, at least difficult to tune, with porpoising a key issue.

“We’ve had small problems in the past, relatively, compared to this year, we’ve had much, much smaller problems,” Hamilton said.

“We’re faced with much, much bigger problems this year and everything we do to try and fix it doesn’t really change that.

“So it appears that it’s probably going to be a more longer term fix. So yeah, nothing in the short term.”

Russell was equally downbeat, suggesting the lap which saw him end the day fourth best needs to be viewed within a broader context.

“That’s one lap. I don’t think you can read too much into that one lap,” he said.

“I think the high fuel pace is a bit more representative, and we were consistently over a second slower than where our rivals are.

“Maybe there’s a reason for it but from our side, we’re definitely not overly happy with the car right now.”

Gusty wind in Bahrain made it difficult for teams, with Russell reporting the W13 was especially susceptible to the conditions over team radio.

“It was definitely windier today than it was last week, and I think that caught us by surprise,” he admitted.

“Bu there’s so many changes; we’re driving at a different time of the day, I’m trying lots of things on the car to try and improve the performance.

“There’s so many factors we need to weight up. We are truly throwing everything at it at the moment to try and unlock the potential which we think is there.

“But we’re just really struggling to tap into at the moment, and everything we try is maybe one step forward, two steps back, and there’s always a bit of a limitation.

“So it’s going to take time. I think we will hope that we can solve it for this weekend, but how things stand at the moment, we aren’t in the fight,” he added.

“There’s nothing drastic we can do overnight, you can’t suddenly chop things up or turn the car upside down because that would just be pretty reckless.

“We’ve still got a race on our hands and we sill need to make the best of this situation and maybe damage limitation.”