Herne loses Trans Am win due to post-race penalty

Herne loses Trans Am win due to post-race penalty 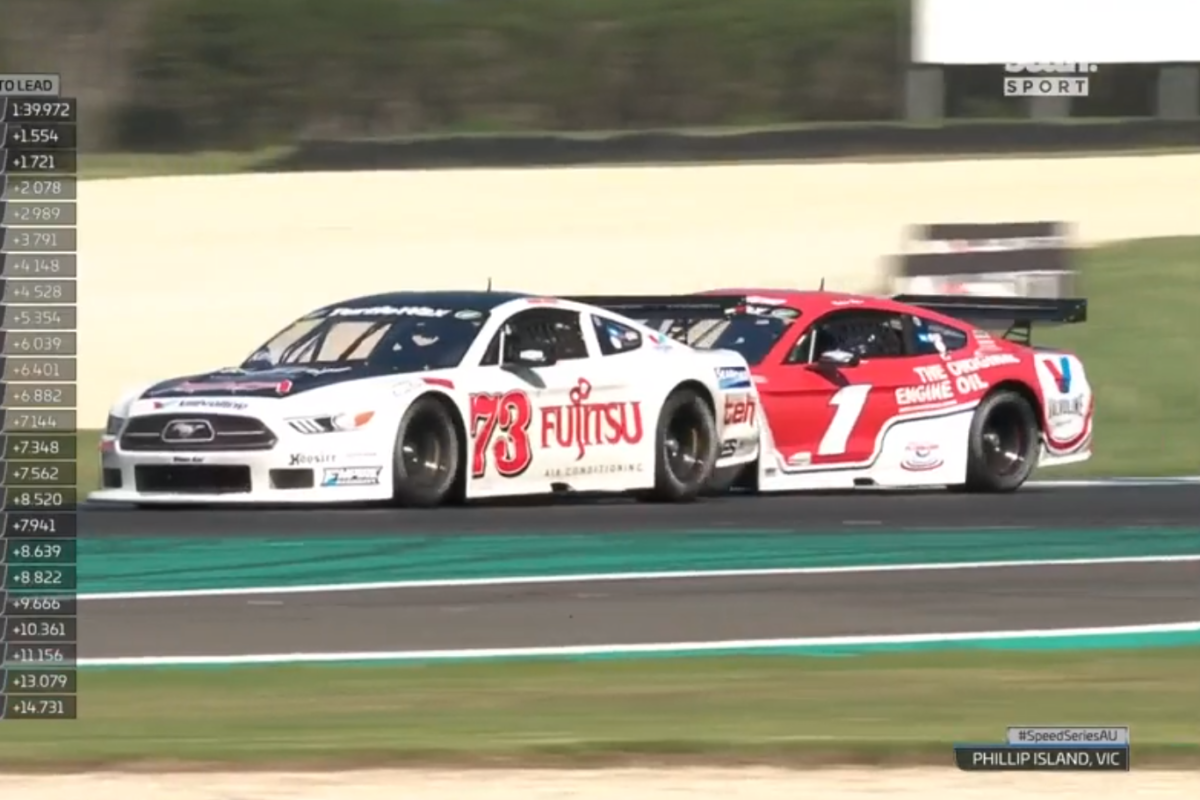 Nathan Herne has lost his win in Race 1 of Round 2 of the Turtle Wax Trans Am Series at Phillip Island due to a clash with team-mate Owen Kelly.

The Garry Rogers Motorsport driver on the receiving end of that contact inherits victory, with Round 1 winner Tim Brook promoted to second position and Ben Grice to third.

Herne had taken second place from Kelly when he gave Car #73 a tap at the Turn 4 Hairpin on Lap 2.

He would go on to pass Grice after a mid-race Safety Car period and take the chequered flag in first position, but officials took a dim view of the incident and Car #1 has been relegated to fourth.

Ironically, Herne had driven from fifth on the grid to the preliminary win after incurring a grid penalty earlier in the day for a red flag infringement in Qualifying.

He had been set to start second when the grid reverted to combined practice results, before the sanction was applied.

Herne himself wrote on social media, “Got penalised in qualifying which made me start from P5 instead of P2, drove to the win and now have a penalty pushing me back to P4 for a bump and run on a teammate which ultimately affected no one.

“I’ll be sooky and sulky tonight but tomorrow is a new day, hopefully one without a trip to the stewards before they know me on a first name basis.”

Race 2 of Trans Am at the Shannons Motorsport Australia Championships takes place tomorrow at 11:20 local time/AEDT.

It is thus the curtain-raiser for Stan Sport’s live and ad-free streaming coverage, which kicks off again at 11:00 AEDT.