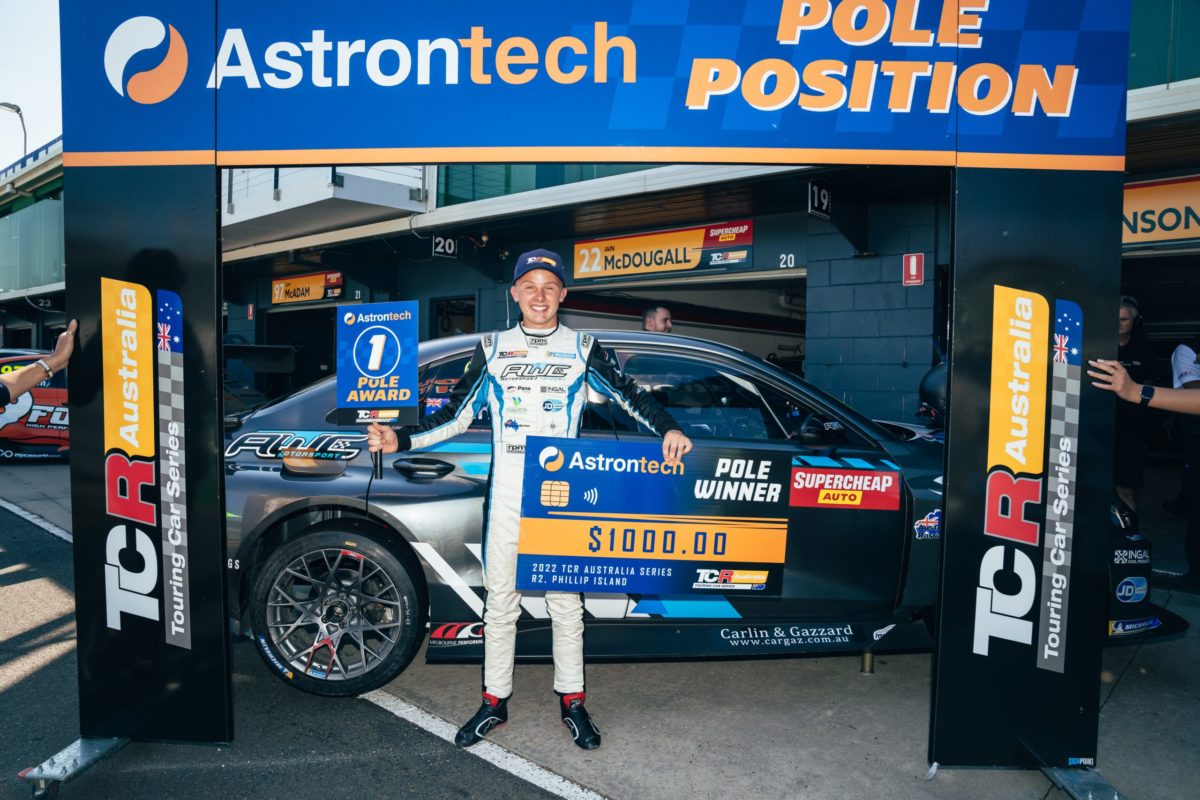 Jay Hanson has qualified on pole position in the Supercheap Auto TCR Australia Series at Phillip Island, while Fabian Coulthard caused an early end to proceedings.

Hanson completed the pole lap literally a second before the red flag was called due to Coulthard beaching the #24 Stan Sport Honda Civic Type R at Southern Loop in the seventh minute of Qualifying 2.

The session would not restart, locking the #9 Melbourne Performance Centre Audi RS 3 into top spot on the grid, with Michael Caruso also getting onto the front row for this afternoon’s encounter in his Alfa Romeo Giulietta Veloce.

Coulthard had been third-quickest at the time of his incident but is set to lose his fastest lap.

Having not banked another by that point, the New Zealander is likely to drop to Row 5, alongside Will Brown in the #999 MPC Audi.

That was not the only talking point from qualifying, however, with series leader Josh Buchan and the other three Hyundai drivers in the field all failing to advance from the first stanza.

Coulthard had been on provisional pole in Qualifying 1 and was fastest initially when Q2 got underway, setting a 1:36.3447s on his first and ultimately only flyer.

Caruso then went to the top on a 1:36.2083s, before he was usurped by Hanson’s last-second effort.

Ironically, D’Alberto was caught out by team-mate Coulthard’s off, having not had a chance to have a proper crack at a lap time on a second run.

He also had a hair-raising moment on his first, when he kicked up the dirt between Southern Loop and Stoner Corner after coming up on a slow-moving Mineeff.

Earlier, in Qualifying 1, Coulthard was fastest on a 1:36.1219s, with D’Alberto making for a Wall Racing one-two.

None of the four Hyundai’s in the field got through, with Nathan Morcom 12th and Bailey Sweeny 13th.

Arguably more surprising was the fact that their HMO Customer Racing team-mate Buchan was only 17th on a 1:37.5915s.

James Moffat was 19th in his Garry Rogers Motorsport Renault, with the 21-car field rounded out by Hyundai privateer Brad Shiels.