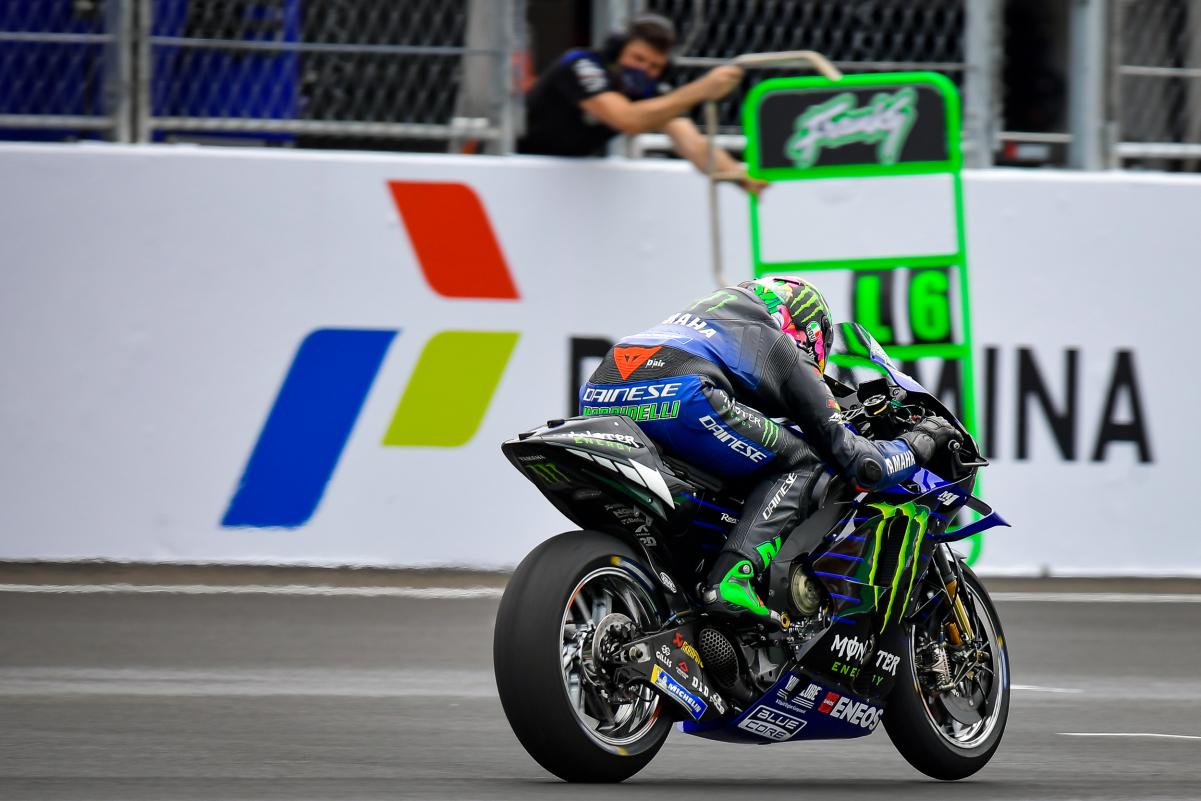 Franco Morbidelli has been handed a grid penalty at the Indonesian MotoGP due to a breach of practice start procedures.

The Monster Energy Yamaha rider, who crashed early in Qualifying 2 at Mandalika, had been set to start from 12th but has now been relegated three positions.

Marc Marquez (Repsol Honda) is one of the beneficiaries, moving from 15th to 14th after he crashed twice in Qualifying 1.

Luca Marini inherits Morbidelli’s spot on Row 4 and his Mooney VR46 team-mate Marco Bezzecchi slides across from the middle of Row 5 to 13th on the grid.

The incident in question occurred after the completion of Free Practice 3, with the official Notification of Sanction advising:

“On 19 March 2022 at 11:42 during the MotoGP Practice Start session of the PERTAMINA GRAND PRIX OF INDONESIA you did not comply with the ‘Notice to All MotoGP Teams’ information provided. You were observed to be positioning in front of riders staged to do a practice start.

“This contravenes the specific instructions given to all team/competitors, and it is considered irresponsible riding causing danger to other competitors. It is therefore an infringement of Article 1.21.2 and Article 1.22.2 of the FIM World Championship Grand Prix Regulations.”

Morbidelli’s team-mate Fabio Quartararo qualified on pole for the first ever MotoGP race at the Mandalika International Street Circuit, which starts on Sunday at 18:00 AEDT.