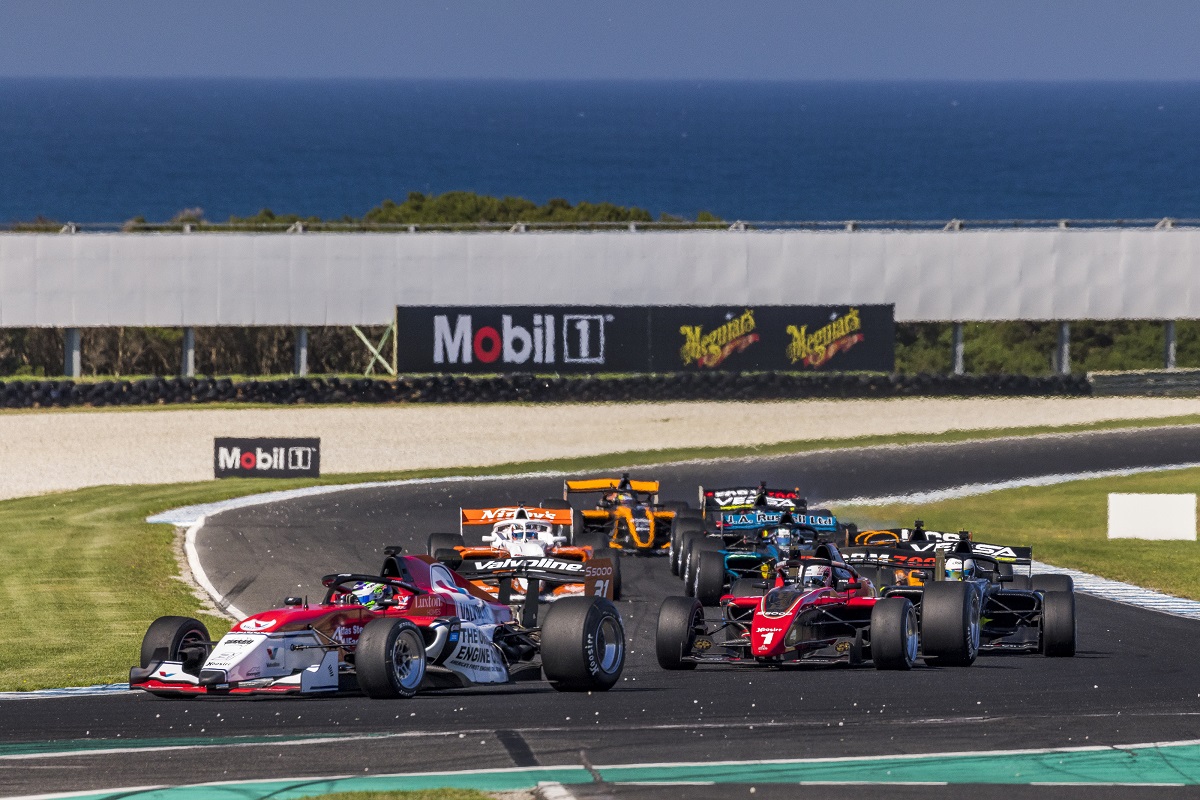 James Golding and Tim Macrow have each taken a victory in Round 2 of the S5000 Australian Drivers’ Championship at Phillip Island.

Golding qualified on pole and led the field to the first corner when Race 1 got underway, with Joey Mawson managing to hang tough at Doohan Corner and fend off Cooper Webster in an early battle for second position.

The #31 Garry Rogers Motorsport entry was already a second up on the field at the end of the standing lap, and more than three seconds clear after five laps of racing.

Mawson (Team BRM) brought the gap back under three seconds on Lap 10, but Golding was able to cruise to a 1.5s win after 15 times around the Phillip Island Grand Prix Circuit.

Kaleb Ngatoa ended up eighth after a sluggish start and two offs during the journey, with Zane Goddard bringing up the rear of the nine-car field after he too had an excursion into the weeds in his debut race.

Race 2 saw Purdie and Goddard on the front row as part of the reverse grid format, but Macrow stormed past both of them from third on the grid when the lights went out.

Purdie regained top spot under brakes at the Turn 4 Hairpin but got loose through Doohan Corner at the start of Lap 2 and ended up sliding off the road at the Southern Loop.

The incident left Macrow back in the lead, ahead of Webster and Mawson, after both had already got by Goddard at Turn 4.

Macrow stretched his margin over the field to a full second on Lap 4, before Webster halved that over the next six laps.

However, he could not manage to pass the two-time Australian Drivers’ Champion, and the Tim Macrow Racing entry was back out to a one-second lead when the chequered flag flew after 13 laps.

Mawson ended up third and Goddard fourth, with Golding eventually making his way to fifth after dropping a spot to eighth in the opening corners.

Purdie failed to finish after incurring a puncture.

The third and final race of the weekend takes place tomorrow at 15:30 local time/AEDT, as part of Stan Sport’s live and ad-free coverage of the Shannons Motorsport Australia Championships.