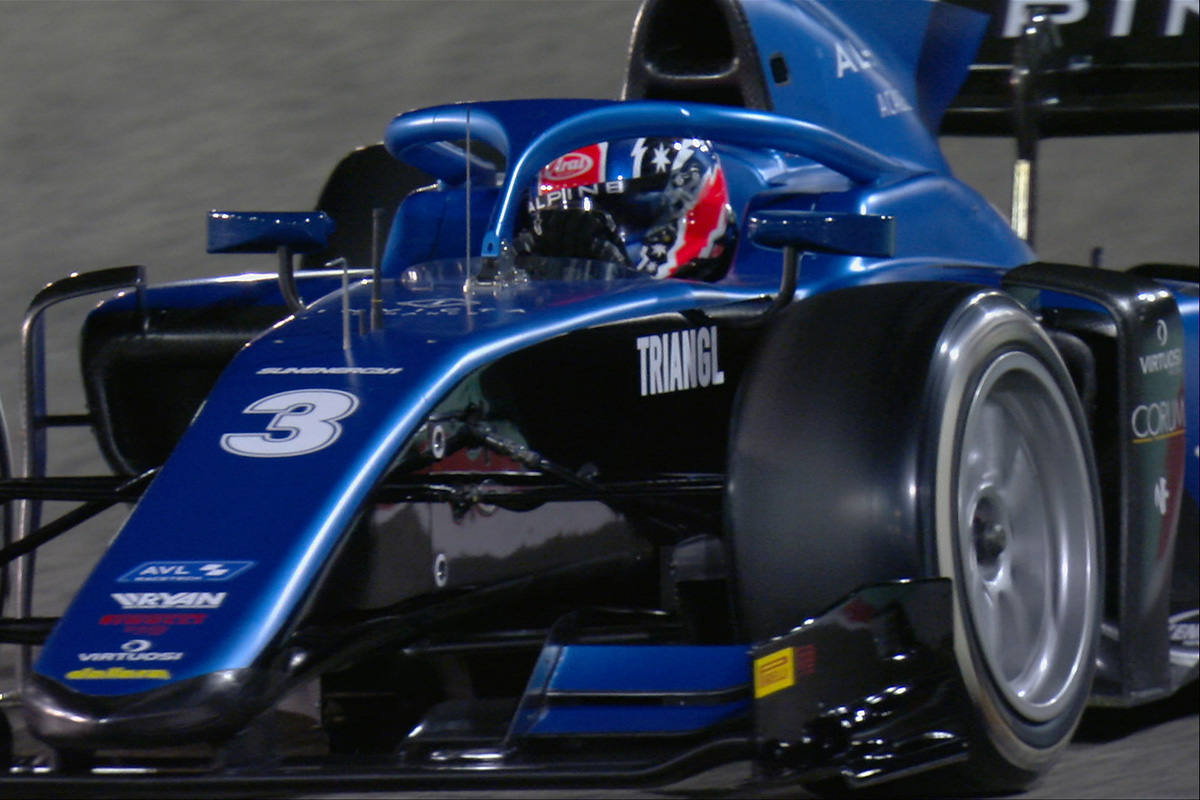 Jack Doohan admitted he found Formula 2 qualifying “nerve wracking” as he gambled on an alternate strategy to claim pole position.

The Australian was fastest in qualifying in just his third weekend in the F1 feeder series with just two push laps.

Heading out with the field as the session opened, Doohan recorded a modest initial lap before running again during the lull in the middle of the session.

The 19-year-old duly improved, scoring to a time that would not be bested.

“It was quite nerve wracking, the last little bit of time, you know, 10 minutes in the pit lane,” he admitted when asked about the session by Speedcafe.com.

“But we’d done our job quite early on a different strategy than the others, so we just had to commit with that.

“It was part of the game to be able to wait it out.”

While pleased with the result, Doohan isn’t allowing himself to get too carried away as he stares down the barrel of a mid0pack starting spot on Saturday.

“It means a lot. Good start to our first proper campaign with pole,” he noted of the performance.

“But to be honest, it’s Round 1 of 14 and still very, very early on in the weekend, so I’m just going to continue to work at it.

“It’s great putting it on pole and starting on P10, but that’s expected,” Doohan added of Saturday’s Sprint, which sees the 10 fastest qualifiers reversed on the grid.

“I’m just going to try and gain experience for Sunday, learn as much as we can with the car and with the conditions.

“It’s obviously going to be difficult because it’s at 7:30 in the evening, and the Feature race will be at 1:30, at the hottest time of the day.

“I’m just going to enjoy it and try and gain experience as well, because although I did the last two rounds [in 2021], I’m still gaining experience.

“So no pressure, no expectations, and we’ll see how we go.”

The Formula 2 Sprit race follows Formula 1 qualifying and gets underway at 03:40 AEDT on Sunday morning.