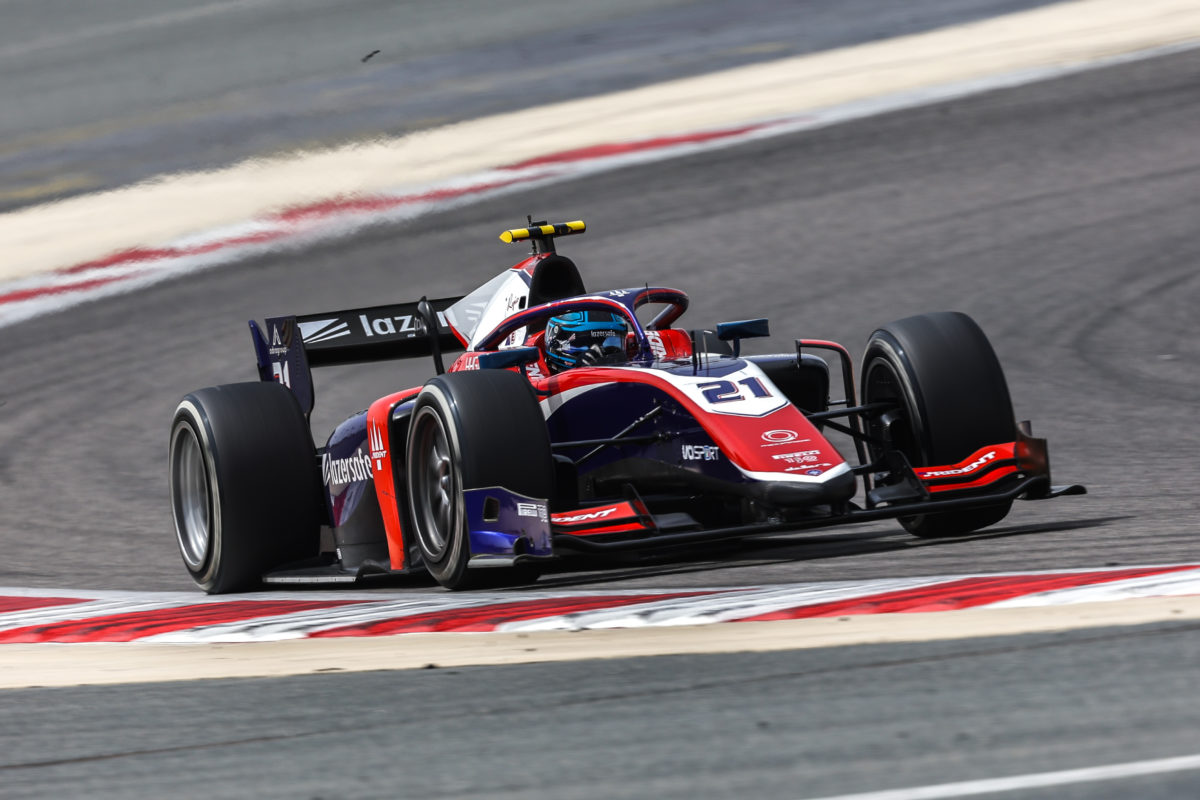 Calan Williams is heading into this season’s FIA Formula 2 Championship with an open mind.

The West Australian has stepped up with Trident following two seasons in the FIA Formula 3 Championship with Jenzer Motorsport.

He enjoyed an up-and-down pre-season test in Bahrain, encountering issues but showing well on the opening day of running with the second fastest time of the day.

“I had two years in F3 and I learned as much about that series, and that car, as I could,” Williams said when asked by Speedcafe.com about his year ahead.

“It came time to make the step forward, and I think those two years really prepared me for this.

“I’m sure the different racing format will require a somewhat different mindset, particularly in the feature races with tyre management, pitstops, communicating with the team, making strategy. It’s all new.

“I just need to get on top of the car and the series as fast as possible and then I think I’ll be in a really good place.

“I’m really happy with the team at the moment.

“I have an experienced team-mate I can learn a lot from and yet there’s a lot of things that I’m really happy with and I’m confident will bring some good results.”

During his two seasons in F3, Williams recorded a best result of third in the opening race at Paul Ricard last season.

Williams will be team-mates with Richard Verschoor for 2022, the Dutchman an F2 race winner last year.

The 2022 Formula 2 season gets underway this weekend in support of the Formula 1 Bahrain Grand Prix, opening practice for the feeder series starting at 20:35 AEDT.