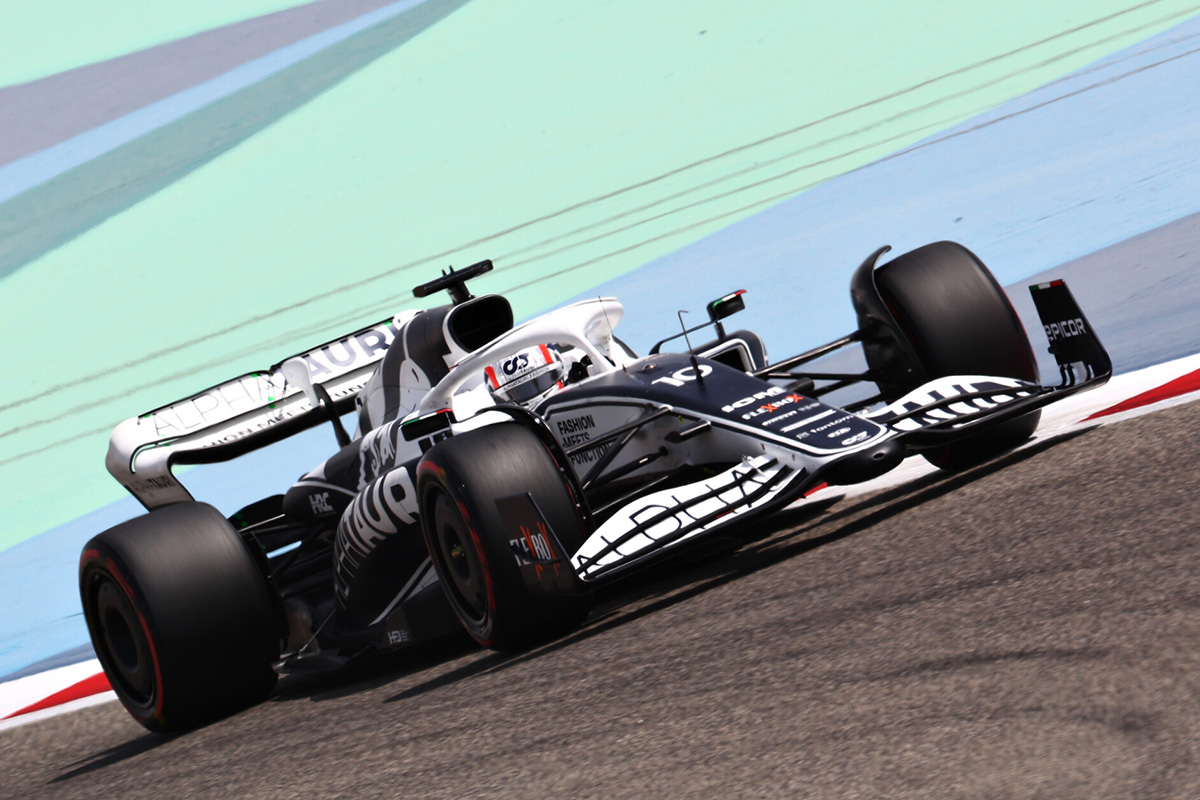 Data gathered during Formula 1’s pre-season tests suggests the sport has achieved its goal of enabling cars to follow one another more closely.

An all-new set of technical regulations has been introduced for the 2022 season with the hope of increasing the on-track action.

That has brought with it the reintroduction of ground effects, where cars produce the bulk of their downforce by creating an area of low pressure under the car.

The intent is that, by energising the floor rather than wings in the air stream, cars will both produce less turbulence and be less susceptible to it.

On top of that, a range of new tyres have been developed with the stated aim of being less thermally sensitive.

During the final day of testing in Bahrain last week, Lewis Hamilton and Pierre Gasly circulated together on track, offering a glimpse of what F1 in the new era might look like.

“I was quite surprised to be fighting with Lewis for a couple of laps,” Gasly said of the exchange.

“It was entertaining. It was also interesting to follow and just to get some data and feeling following other cars.

“I think it’s clearly better than last year, which makes me quite optimistic in terms of racing for the season.”

Gasly’s optimism is based on more than his own intuition, with data gathered by the team proving there is a difference with the new cars.

“We’re still crunching the numbers, but from a very general perspective, when following a car ahead, our numbers are showing us that you’ve got more load with this set of regulations than the previous regulations,” explained AlphaTauri’s technical director, Jody Egginton.

“I wouldn’t want to use the term easier to follow, but I would use the term that you’ve got more load on the car when you’re following somebody.

“So that’s a positive, we just don’t have enough data to be able to say exactly how that manifests itself as the ability to make an overtake.

“If you’ve got more load on the car it’s easier to control the tyre state,” he added.

“In the past, when you were following a car, you had less load on the car, your car slides around much more, which means that the thermal state of the tyre changes – surface temperatures go up, the balance is effected, it snowballs.

“So what I’m sort of saying is now it might be easier to stay closer to a car in preparation to make an overtake.”

For Gasly, the experience running with Hamilton was an opportunity to learn about the new cars and how they handle in battle, but he acknowledges there is more work to be done.

“But I think clearly Lewis was struggling as well, and I think they do have some work to be fighting right at the top.”

The 2022 Formula 1 season gets underway tonight with opening practice for the Bahrain Grand Prix commencing at 23:00 AEDT.