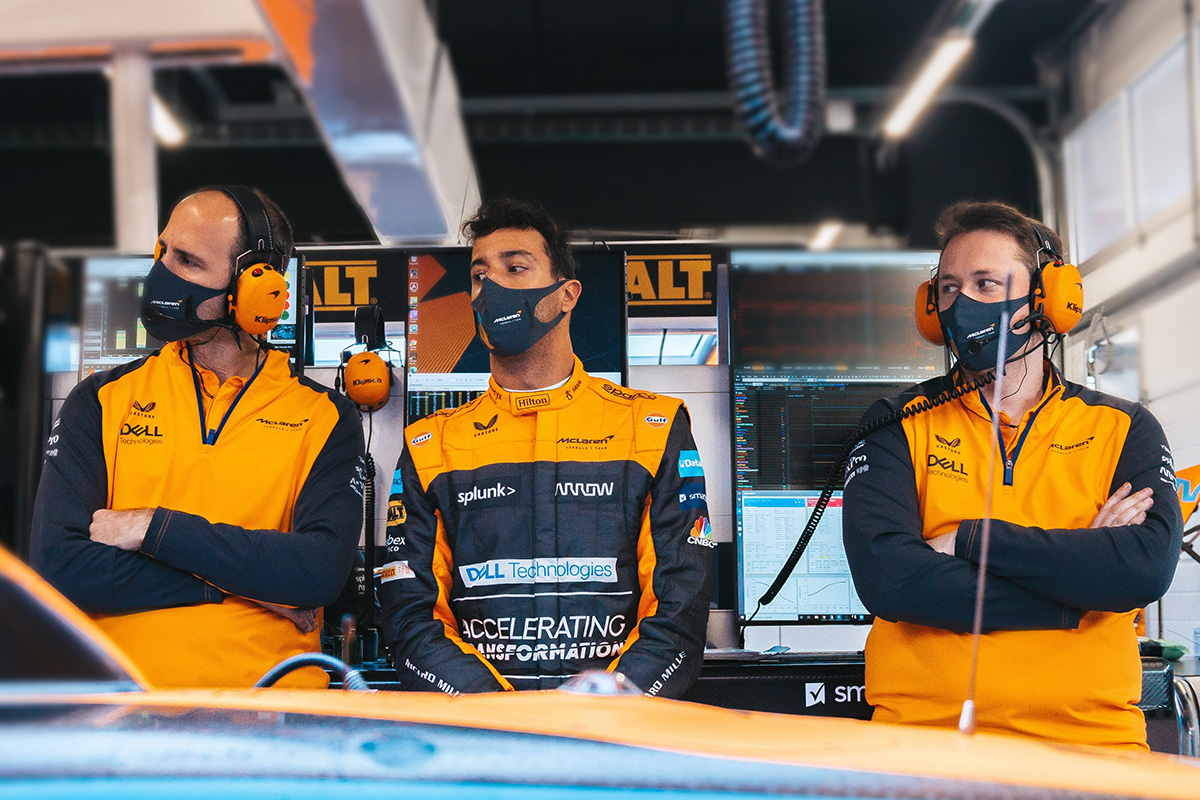 Daniel Ricciardo in the McLaren garage

Daniel Ricciardo is feeling himself again as his recovering from COVID-91 continues in Bahrain.

The Australian was absent from the final pre-season test last week after initially feeling unwell and ultimately returned a positive COVID-19 result.

Now out of isolation and recovering, Ricciardo is set to take the wheel of the McLaren MCL36 for opening practice this evening.

“It definitely knocked me about for a bit, but last few days have got significantly better each day,” Ricciardo said.

“So feel myself again, which is good.”

Ricciardo was at the Bahrain International Circuit on Thursday and reports that he made it through the day without issue.

“I felt okay at the end of the day and energy was fine,” he said.

“So that’s like the first small test, which seemed okay. So I don’t foresee any hurdles, but of course we’ll see what happens.

“I do feel prepared, and even though I missed Bahrain, I caught up on a tonne of rest, so where there’s a negative there’s a positive!

“Fortunately, I’ve been doing this for quite a few years. We have a couple hours today to get up to speed and I expect to do that.”

The timing of Ricciardo’s positive test result means he heads into the new F1 season with just 1.5 days of running under his belt in F1’s new-spec machinery.

And while he concedes it’s far from ideal, the 32-year-old suggested the running he got in Barcelona last month has left him with a solid starting point.

“I was still following what I could and trying to obviously keep up with it,” he said of last week’s Bahrain test.

“I missed some seat time, but I felt like we left Barcelona test in a good place, and I personally felt comfortable after that test. I feel like we got a lot of laps done.

“So yes, not ideal missing Bahrain tests, but I still kind of carry a good feeling in the car from Barcelona and [we’ll] see where that takes me today and [for] the rest of the weekend.”