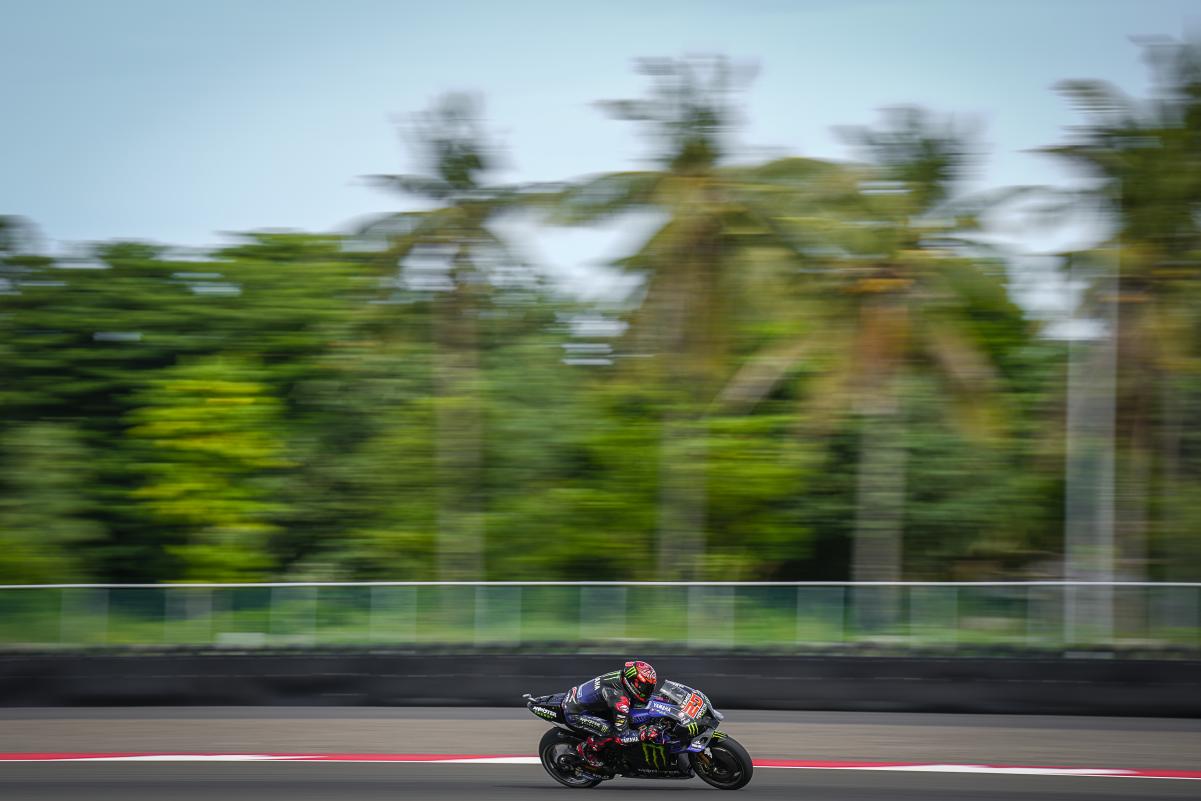 Fabio Quartararo has bounced back from a technical problem to set the pace in Friday practice for the Indonesian MotoGP, while Marc Marquez’s afternoon ended with a fast crash.

Quartararo headed up a Monster Energy Yamaha one-two after the first two, 45-minute sessions at the Mandalika International Street Circuit, his 1:31.608s during the Free Practice 2 time attacks leaving him 0.030s clear of team-mate Franco Morbidelli.

As it stands, both Marquez and Francesco Bagnaia would have to go into Qualifying 1 tomorrow afternoon, the latter stuck in 21st on the timesheet thanks in part to yellow flags triggered by crashes for the former and also championship leader Enea Bastianini

Both Repsol Honda riders have work to do in Saturday’s third practice session, with Pol Espargaro 19th-quickest and Marquez 22nd.

Ironically, Pol Espargaro had been fastest in Free Practice 1 with a post-chequered flag 1:33.499s, but that was knocked off by Oliveira’s 1:33.328s in the opening minutes of FP2 on his factory-entered KTM RC16.

Quartararo had to hitch a ride back to the pits when his Yamaha apparently cut out in the sixth minute of the session.

However, it was the 2021 champion who finally brought an end to Oliveira’s spell at the top, just past the half-hour mark, when he rode his second YZR-M1 to a 1:32.570s.

Most opted for a soft rear tyre and medium front when they took on new Michelin rubber for the time attacks, with Martin first to lap under the 92-second mark when he clocked a 1:31.904s.

In the final two minutes, Morbidelli went quickest on a 1:31.638s but was usurped moments later by Quartararo’s 1:31.608s, and that settled matters at the pointy end.

Bastianini crashed when he lost the front of his Ducati, then Marquez had a high-speed off at Turn 11 which sent him tumbling through the gravel, although the six-time premier class champion was soon to his feet.

The yellow flags trapped Bagnaia, but Rins was able to rescue a berth in the top 10 when he leapt from 23rd position with a 1:32.106s after the chequered flag.