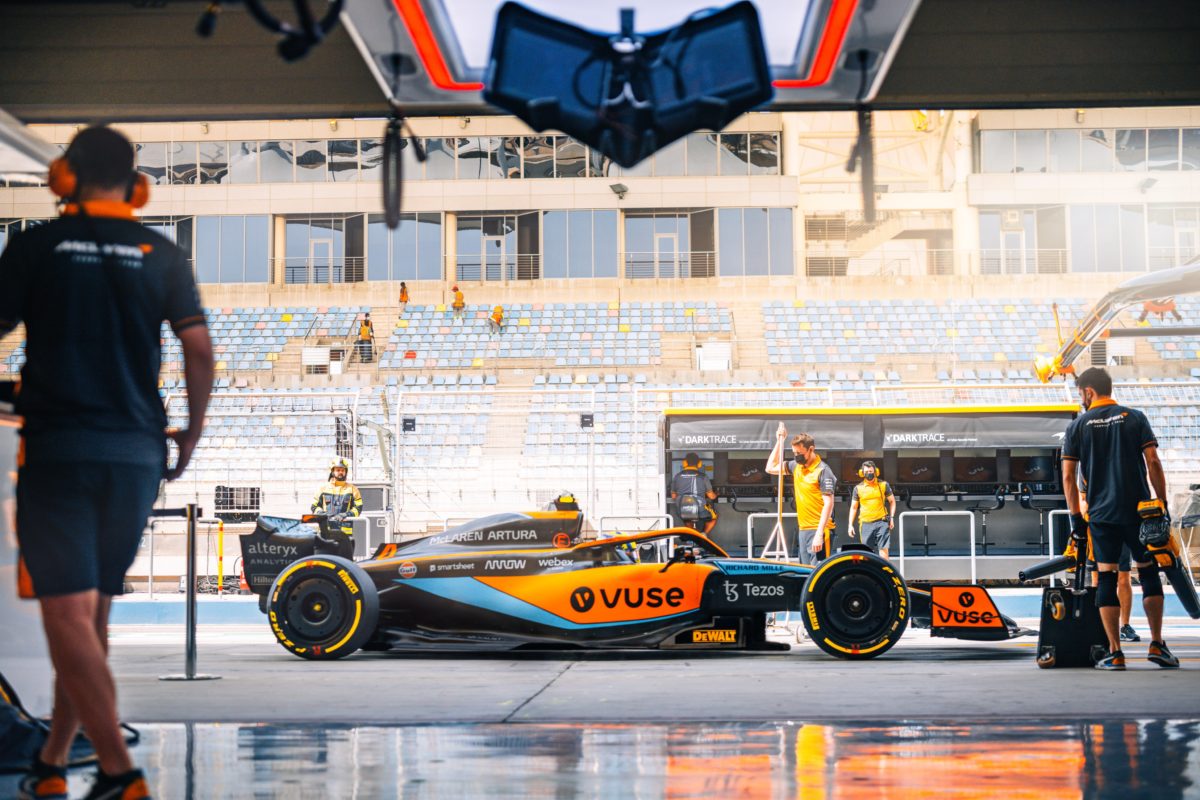 Lando Norris predicts a tight battle throughout the 2022 Formula 1 season, but suggests McLaren isn’t among the favourites.

The new season kicks off tonight with opening practice in Bahrain, with McLaren just the fourth best team according to Norris.

“Ferrari, Red Bull, Mercedes are all ahead of us. Quite convincingly, I would say,” Norris warned.

“Between us to basically everyone else, apart from those top three, it’s quite event.

“I think even the people who struggled last year, like Haas and Williams, they’re much quicker this year, and not far off us.

Pre-season testing proved an up-and-down affair for the British squad, which showed strong potential in Barcelona before braking problems in Sakhir limited its running.

However, that is not the only headache McLaren has been looking to resolve as it works to get on top of handling issues and a top speed deficit.

“I doubt that the top teams, the fastest guys, were the lowest fuel and everything,” Norris noted of last week’s test.

“But I think most people at least turned up their engines and so on, and they’re looking very fast in the straights, the Honda and the Ferrari.

“High speed corners, we’re maybe in a better position, relative to other teams,” he added of McLaren’s performance.

McLaren finished fourth in last year’s constructors’ championship, losing out on third to Ferrari after fading in the final third of the season.

The 2022 Formula 1 season begins tonight with opening practice for the Bahrain Grand Prix set to get underway at 23:00 AEDT.