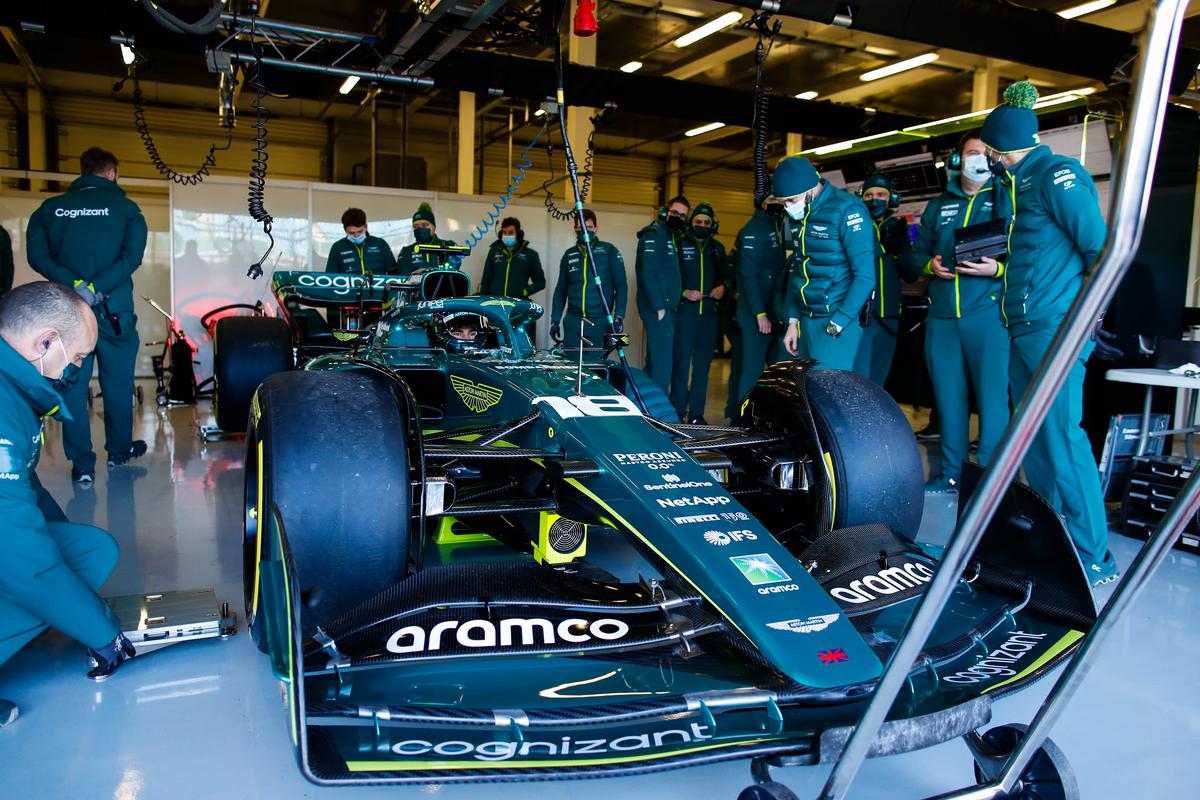 Formula 1 cars already weighed more than they ever have

The minimum weight of a Formula 1 car has risen on the eve of the 2022 season-opener in Bahrain.

A new version of the sport’s Technical Regulations, published by the FIA, confirmed a three-kilogram increase to the minimum.

That will see cars, which were already the heaviest in the world championship’s history, weigh in at 798kg.

The change comes as most teams struggled to get down to the weight limit of 795kg.

While most were therefore in favour of raising the minimum, it’s believed Alfa Romeo Sauber was not.

New governance rules for 2022 allow changes to be voted through with a super majority, whereby eight of the 10 teams, the FIA, and Formula 1 can push a rule change through during the season.

That differs from previous seasons where changes required an absolute majority.

“There is a minimum weight,” explained Aston Martin’s new team principal, Mike Krack, in a press conference during the final pre-season test.

“There has been a lot of changes also for safety, so most teams I think we have found out are struggling with this minimum.”

Mercedes’ Toto Wolff added: “I guess that everybody’s overweight, everybody’s trying to find out how much the others are actually overweight.

“And that’s why there was a tiny little step that was made. For us, it is part of the competition to reduce the weight.

“What makes it different this time is the cost cap that it will increase, but as long as it’s the same for everybody whether there is a weight reduction or not, we are okay with that.”

Speaking in the same press conference, Ferrari boss Mattia Binotto was also in favour of the minimum weight being increased.

“We should not support that the current cars are a lot heavier compared to last year, and the things are increasing,” he said.

“Furthermore, weight is never good for the sport and the speed.

“There have been discussions, we are discussing or at least we have increased by three kilos the minimum weight.

“I think that was a good compromise amongst all the teams, but I don’t think we should try to increase furthermore because finally, as Toto said, it’s an area of competition.

“And I think furthermore for the future again we should try to reduce, or not increase, the weight of the cars.”

There have been other subtle changes to the technical regulations too, including the allowance of a strut to support the floor of the car.

That is designed to avoid unwanted flexing of the edges of the car’s floor, which could lead to accelerated fatigue and damage of the part.

Teams are running their cars lower than last year in an effort to maximise the downforce generated via ground effects.

McLaren in particular ran especially low, with audio while riding onboard with the MCL36 during Bahrain testing revealing the floor was frequently grazing the track surface.

“There’s been a lot of debate in TAC [technical advisory committee] meetings on what the policing needs to be and how it’s going to be done,” explained AlphaTauri’s Jody Egginton on the topic of floor flexibility last week.

“Floor stiffness is a top, and to be fair to the FIA there, they’re discussing with the teams and measuring cars, and I’m sure we’ll arrive at a sensible solution.

“If a team found itself struggling, then, you know, adding mass efficiently is what you always aim to do to achieve the stiffness that you want, but it’s not easy to do.

“A lot of people have commented about the challenges of getting on the minimum weight, so you want to be efficient with any mass you add.”

The 2022 Formula 1 season kicks off tonight with opening practice for the Bahrain Grand Prix from 23:00 AEDT tonight.