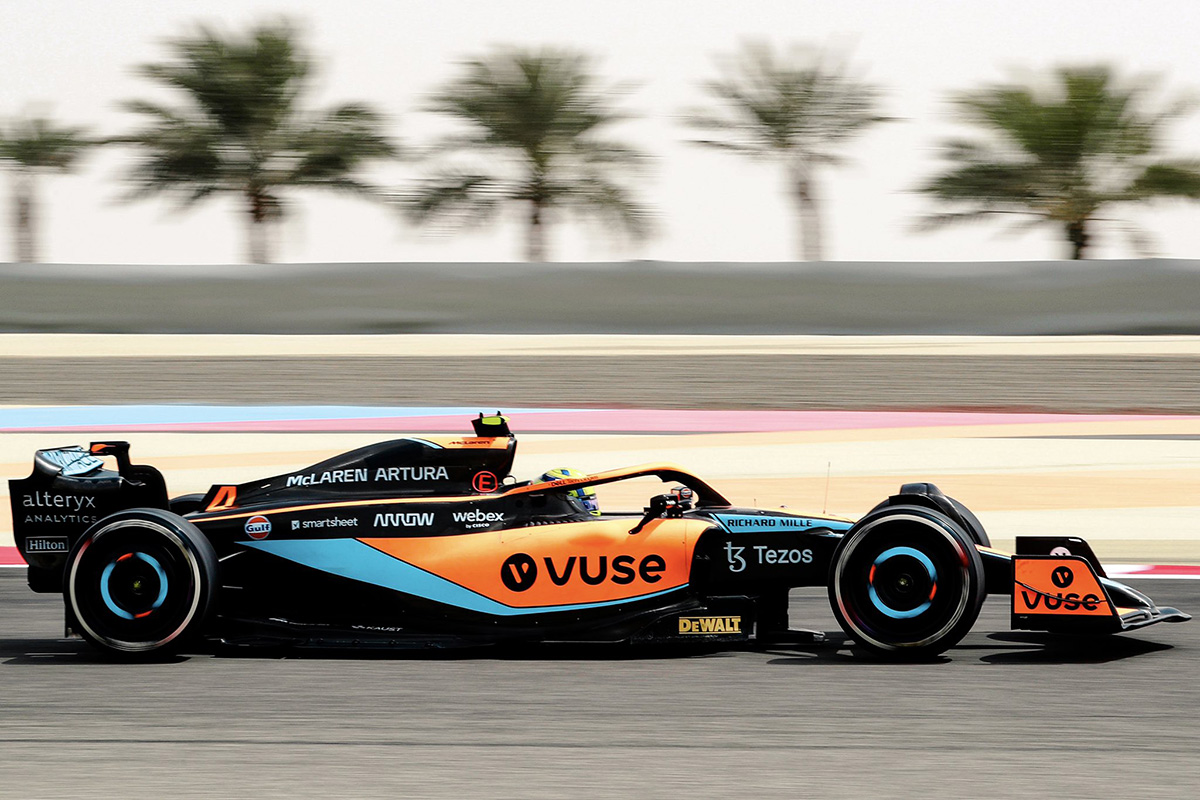 McLaren hopes that it has resolved the issues which hindered its running at the final F1 pre-season test in Bahrain last week.

Braking issues limited Lando Norris’ running across the three days with the squad unable to complete any high-fuel or race simulation runs.

It’s hoped new parts for this weekend will resolve the overheating issues seen, though Norris concedes that remains an unknown prior to opening practice.

“The team’s done an excellent job in trying to get as many parts here as possible, things to fix those issues and problems,” the Brit said.

“But to a certain extent, we don’t know how well they’re going to work.

“We literally have to put them on a car and go out and drive with them for the first time to understand just how good they are, and whether it’s enough or too much.

“Preferably on the side of too much, and we can kind of come back and make modifications from there.”

Should the update not have resolved the problem, there is a potential neither car will be able to complete Sunday’s full race distance.

“It could be a race where we have to manage many things,” Norris conceded.

“But personally, and between the whole team, we don’t know just yet and we have to see when we get out on track.”

It’s therefore expected that a large part of the opening day’s running will be focused on understanding the braking package the team now has.

“We have to see how it goes,” noted Daniel Ricciardo.

“Pretty much every day of the test there was modifications happening, and trying to improve it.

“I know Day 3 there was a good step of progress made.

“Since then, we have some more modifications to trial today, so I think we’re in a confident place,” he added.

“But will there still be some management? Let’s see. We’ll probably get into some more longer runs I guess later today, and try all that probably this evening.”

McLaren has updates in three areas this weekend, the first being the shoulder louvres on the sidepods, designed to increase the cooling mass, new floor fences, and crucially new front brake ducts which are described as a “reliability upgrade”.

Free Practice 1 gets underway in Bahrain at 23:00 AEDT, with the second 60-mimute session following at 02:00 AEDT.