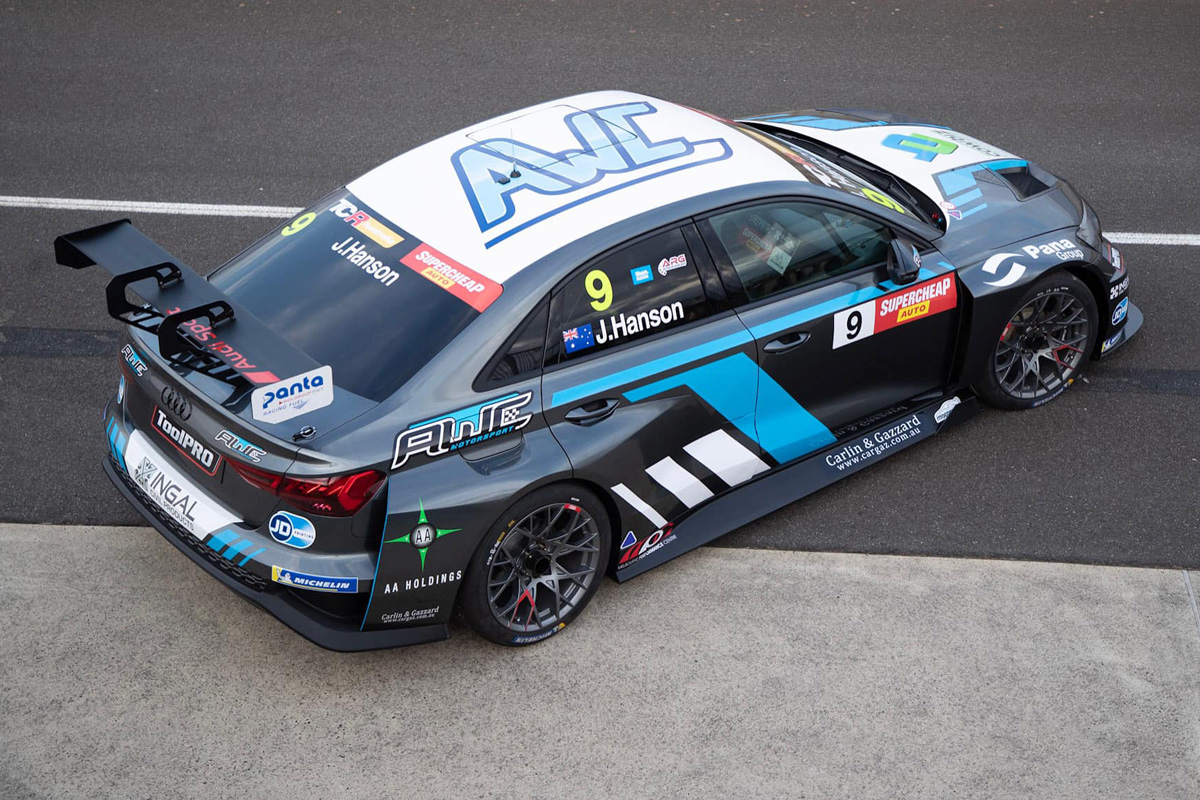 Jay Hanson has shown he’ll be a force to be reckoned with once again this weekend after topping Practice 1 for Supercheap Auto TCR Australia at Phillip Island.

Armed this year with a new and improved Audi RS3 LMS TCR, Hanson won the opening race of the season at Symmons Plains last month.

The early signs are that he’ll be just as quick at a very different style of circuit, having been the driver to beat throughout the 25-minute session run in the middle of the day at The Island.

Hanson was the best of those through the first stint out on track, working his way down to a 1:36.4024s before pitting at the midway point.

Lap times didn’t tumble far from there, Hanson’s effort remaining quicker than any of his rivals could manage – although Dylan O’Keeffe would move up to second with a 1:36.6312s.

Having sat in the pits for quite some time, Hanson further asserted his dominance by lowering his own benchmark with a 1:36.2042s set after the chequered flag.

That gave the Melbourne Performance Centre youngster an ultimate buffer of 0.4270s to the field as O’Keeffe hung onto second, ahead of Michael Caruso’s 1:36.7703s in third.

The trio made for three different manufacturers and teams in the top three, O’Keeffe running in a Garry Rogers Motorsport Peugeot, and Caruso representing Ashley Seward Motorsport in an Alfa Romeo.

The pace had been rather pedestrian out of the box, TCR returnee Iain McDougall (Melbourne Performance Centre Audi) holding top spot after the first round of ‘flyers’ with a 1:47.0676s.

Hanson shaved more than nine seconds off the mark the next time around with a 1:37.7815s, before engaging in a lap-by-lap battle with Will Brown in another MPC Audi for supremacy.

Brown, the series’ inaugural winner in 2019, wound up fifth, one place behind Aaron Cameron (GRM Peugeot).

Eight cars were within a second of Hanson at the end, that group also including the lead Wall Racing Honda of Tony D’Alberto, GRM’s Jordan Cox (Peugeot), and Nathan Morcom of HMO Customer Racing/Hyundai.

Rookie Kody Garland was the top Renault in 12th, four places ahead of stable-mate James Moffat, while Stan Sport-backed Fabian Coulthard was 13th.

Another half-hour of practice will get underway at 14:35 local time/AEDT.