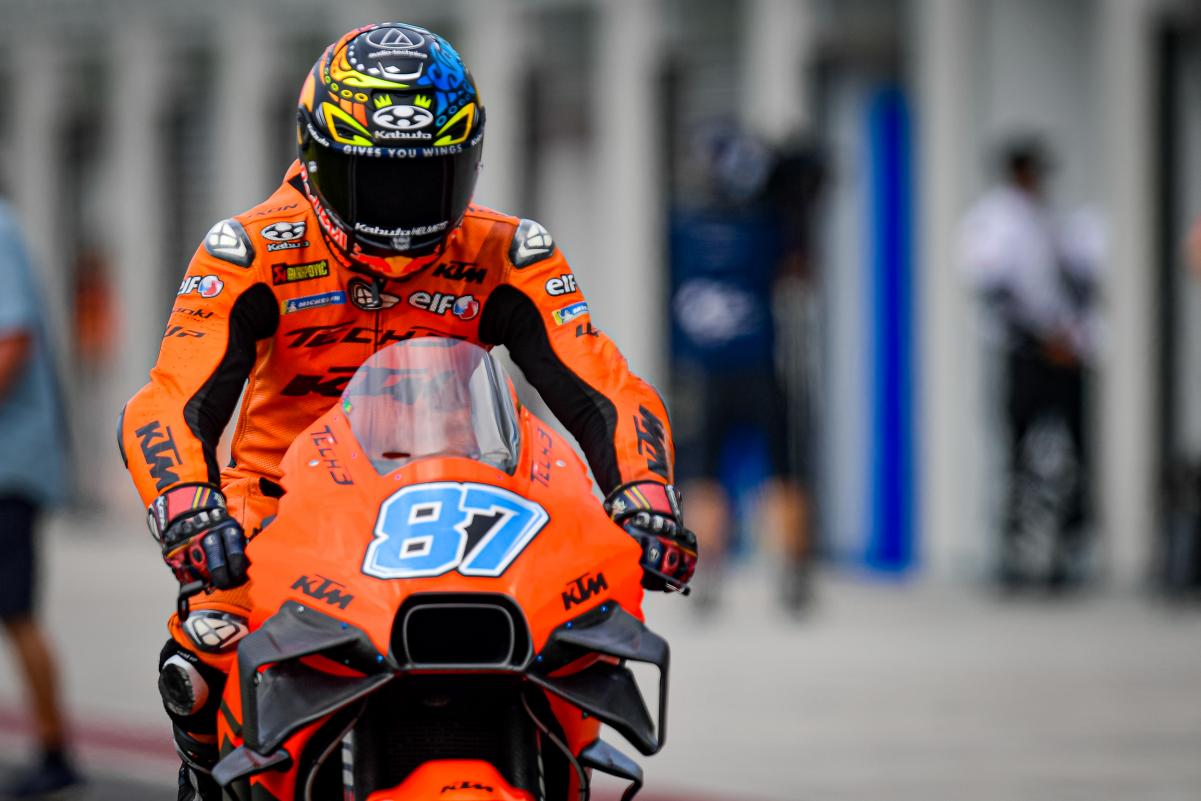 Remy Gardner says his right wrist is improving as he readies himself for Round 2 of the MotoGP season, this weekend’s Indonesian Grand Prix.

The Tech3 KTM rider fractured his right wrist in a motocross training incident in January but was able to partake in the subsequent Shakedown Test and both Official Tests, albeit economising on his running at certain points.

He remains at less than full fitness, but did well enough to take a point on debut a fortnight ago in the Qatar Grand Prix, when he was top rookie home in 15th position.

Gardner was thus upbeat on the eve of the next round of the season, at the Mandalika International Street Circuit.

“My wrist is improving; in fact, I rode well in Qatar,” said the Sydney-born rider.

“The Lusail race was my first in MotoGP and my sensations were positive, though I’m not yet 100 percent.”

Gardner felt there was room for improvement on his Qatar showing despite beating team-mate and fellow rookie Raul Fernandez, and being second-best KTM rider given Miguel Oliveira crashed out.

He pointed to Brad Binder’s second placing on the other Red Bull KTM entry as evidence of the RC16’s potential, but is targeting gradual progress.

“The RC16 has great potential, I’m working hard to understand its reactions. And I’m also learning more about the tyres.

“Things are going well; as I’ve said, the aim is consistent growth.”

Part of that learning process is how to undertake a time attack on a MotoGP bike.

“The bike expresses incredible lateral forces, in acceleration and braking, and the rider is pretty stressed.

“The speeds are incredible, especially when you put fresh tyres on. It’s crazy.”

Mandalika, located in a tourism estate on the island of Lombok, hosts a grand prix for the first time this weekend, although the field has knowledge of the circuit from pre-season testing.

Gardner likened it to his home MotoGP track, albeit one where conditions are much hotter.

“A beautiful track, it really is,” he commented.

“It reminds me of Phillip Island in some ways, but here it’s about 25 degrees hotter.

“In Australia, we race when it’s cold, but here at Mandalika it’s insanely hot.

“That aside, both tracks are technical and demanding. We’ll see how it goes, but I feel ready for the challenge.”