Bagnaia: No need for Ducati to apologise over Qatar shocker

Bagnaia: No need for Ducati to apologise over Qatar shocker 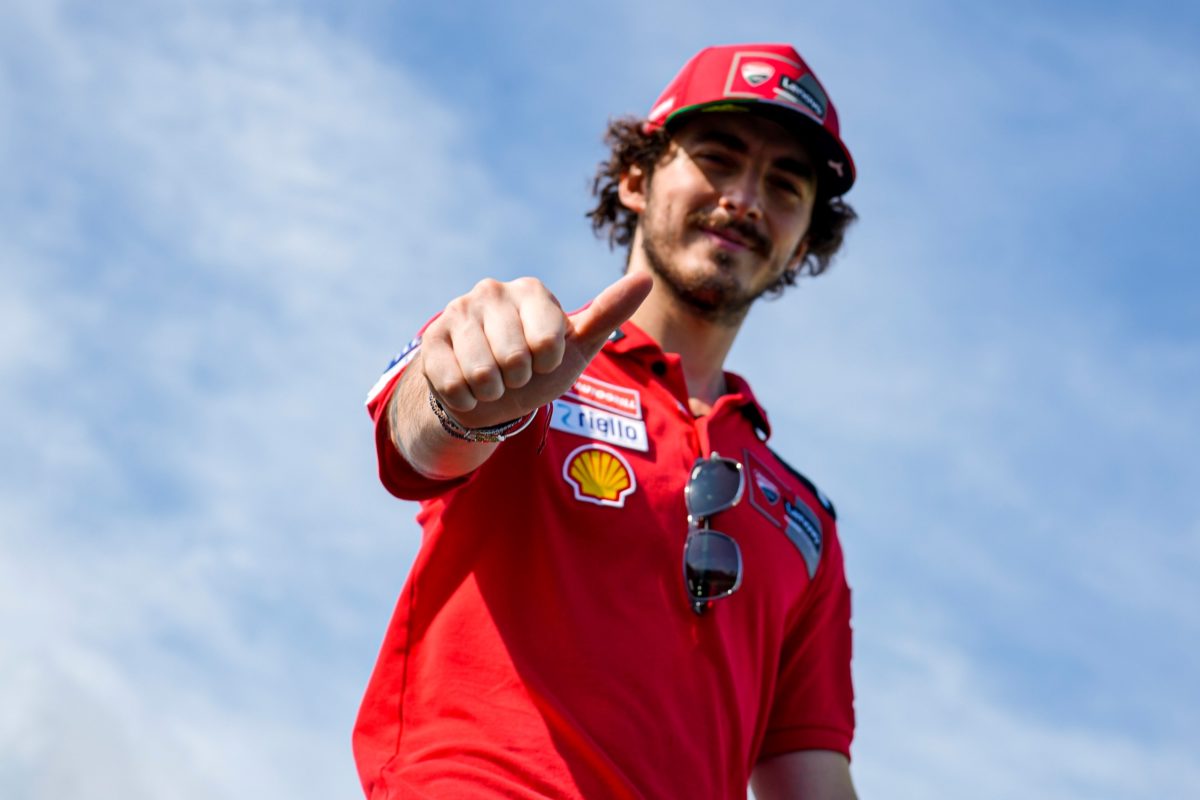 Francesco Bagnaia says there is no need for Ducati to apologise to him after his fury over a shocking Qatar MotoGP.

The man regarded by many as the championship favourite during pre-season has arrived at Indonesia’s Mandalika circuit for Round 2 of the campaign this weekend without a point to his name.

Bagnaia took out fellow Ducati rider Jorge Martin (Pramac Racing) halfway through the Lusail race but by then they were only battling for eighth position, after the former had qualified ninth and plummeted to as far back as 16th on the opening lap.

He declared post-race that he is “not a tester”, having also complained about front-end feeling after a crash in Friday practice, with all of that unfolding against the backdrop of a late change in engine specification.

Ducati sporting director Paolo Ciabatti was apologetic in the aftermath of the Qatar Grand Prix, but Bagnaia himself has now also struck a more conciliatory tone.

“I think that Ducati doesn’t have to apologise to me,” said ‘Pecco’.

“We are a team and we work together. So, we were speaking in the box and everything was clear.

“So, we don’t have to apologise for anything. In any case, I think this weekend could be another story.

“I had time at home to relax because it was not an easy week.

“We worked a lot, but I had an enjoyable session of training in Mugello and on Saturday at the [VR46] ranch.

“So, I had time to reflect and to relax with my girlfriend, with my little dog and my friends.”

The Italian also backtracked on the “not a tester” comment, and put his outburst down to nerves and frustration.

“First of all, to be clear I said, yes, that I was testing too much, but the message that I passed on was that I didn’t want to do it again,” explained Bagnaia.

“But it’s not like this. It’s clear in a factory team you have to do it like this.

“My message was maybe because I was angry about a lot of questions about everything.

“So, I was maybe quite nervous after the race also that I said things [and] the message was not correct.

“In any case, this weekend could be different. My work will be to understand the conditions, understand the tyres and step up the electronics of my bike.

“The setting is already okay, I don’t want to change anything like I was doing last year; my classic work.”