Pato O’Ward is not ruling out an exit from McLaren SP at season’s end, as speculation swirls about his future in the IndyCar Series.

The Mexican has just embarked on a third season with McLaren SP, and was generally believed to have been tied to the squad for another after that, but it appears the relationship between the two parties has soured.

Notably, it was just days ago that the McLaren F1 Team announced that it had handed another IndyCar driver, Andretti Autosport’s Colton Herta, a testing deal.

O’Ward is known to want to reach Formula 1 himself, and tested an MCL35M last year as a reward for his first IndyCar race win, but does not have a formal programme like that which Herta can now boast.

He did little to hose down speculation about his future, including refusal to clarify whether or not he is locked in for 2023 at McLaren SP.

“I am currently under contract with McLaren,” said O’Ward.

“Just like anything, there are scenarios that I could stay where I’m at or there could be scenarios where I could be in a different place.”

He was also coy when asked why the relationship with his team had apparently deteriorated.

“That’s a great question,” O’Ward responded with a smile.

“I think we’re all going to have to wait and see what that answer is, to be honest with you.

“We’ll see how things shape out. I think it’s too early in the season to truly see what’s happening.

“Honestly, as of right now, like I said, I’m fully focused into delivering a season that I know I’m capable of with the team that is around me.

“I’m sure things will start taking their place.”

What Herta’s F1 deal, to undertake a Testing of Previous Cars programme, means is also not clear.

One theory which has emerged is that McLaren’s boss Zak Brown is doing something of a favour to Michael Andretti, who is already a partner of his in the ownership of the Walkinshaw Andretti United Supercars team.

McLaren could, of course, simply be grooming an American for a seat in the squad which currently fields Daniel Ricciardo and Lando Norris in the world drivers’ championship.

However, after Andretti’s ultimately unsuccessful attempt to get into F1 via a buyout of Sauber just months ago, his father Mario claims the team has submitted an entry for the 2024 season and already has a power unit agreement with Renault.

O’Ward claims to have known about Herta’s deal for “a couple [of] weeks” and even if McLaren is simply assisting Andretti in its F1 ambitions, that would not necessarily play into his decision-making. 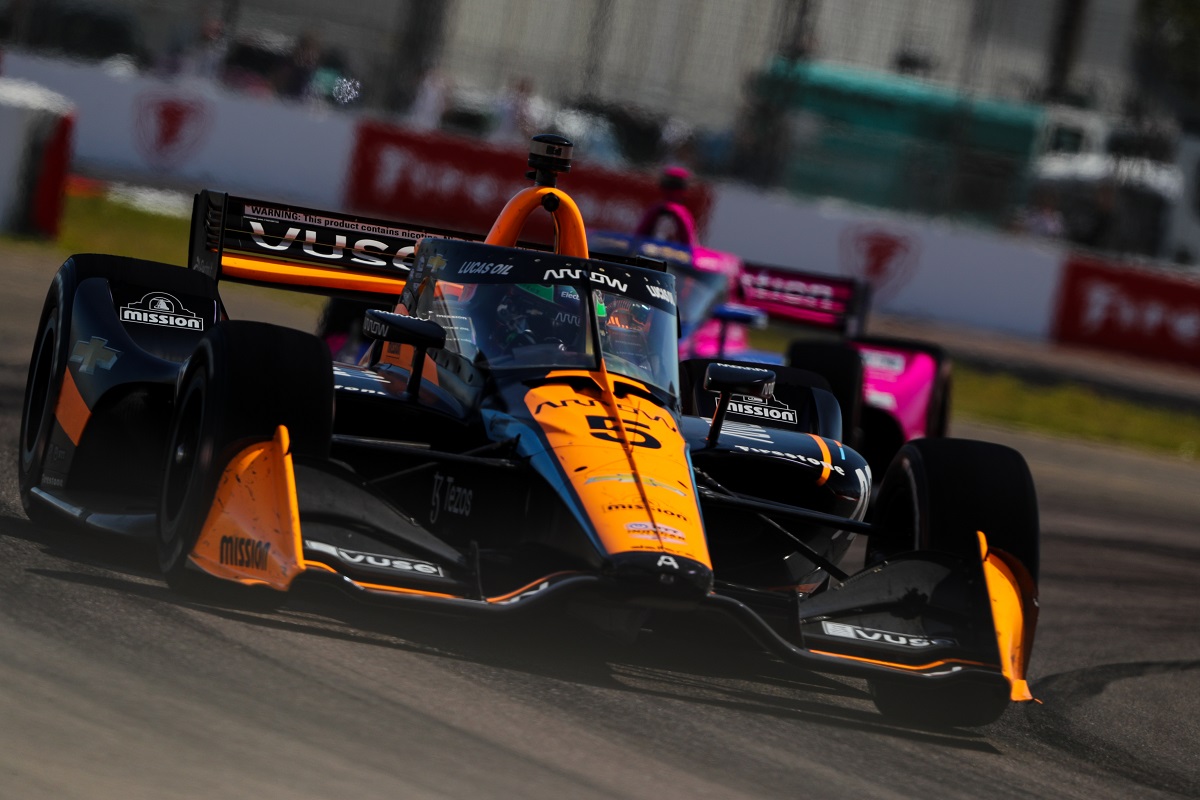 “No, just like anything, you need to look at what the best is,” said the 23-year-old.

“The next decisions I take in my career are one of the most important, and I need to make sure that I’m doing what’s best for me and what makes me feel happiest. I think that’s just as honest as I can be with it.

O’Ward, naturally, says he is focused in maximising his results in IndyCar this year, and McLaren SP president Taylor Kiel claims the team will not be affected by the speculation.

“Look, it’s a blip on the radar, in my opinion,” remarked Kiel.

“We’ve already addressed any of the rumours or otherwise with the team internally. I’ve got full confidence that everybody is focused and ready to perform at Texas.

“Certainly, internally, we’re in a good place. I think that’s really all that matters to me.

“The external noise, everything that surrounds situations like this, it is what it is, it’s part of the sport.

“It’s on us to make sure we have our house in order, when news needs to come out, it comes out from us and we go from there.”

The 2022 IndyCar season resumes this weekend at Texas Motor Speedway, where Practice 1 will be held in the early hours of Sunday morning (AEDT).

Stan Sport’s live and ad-free coverage kicks in from 05:00 AEDT on Sunday with Qualifying at the Fort Worth circuit.