Explained: What changes Supercars has made to Gen3

Explained: What changes Supercars has made to Gen3 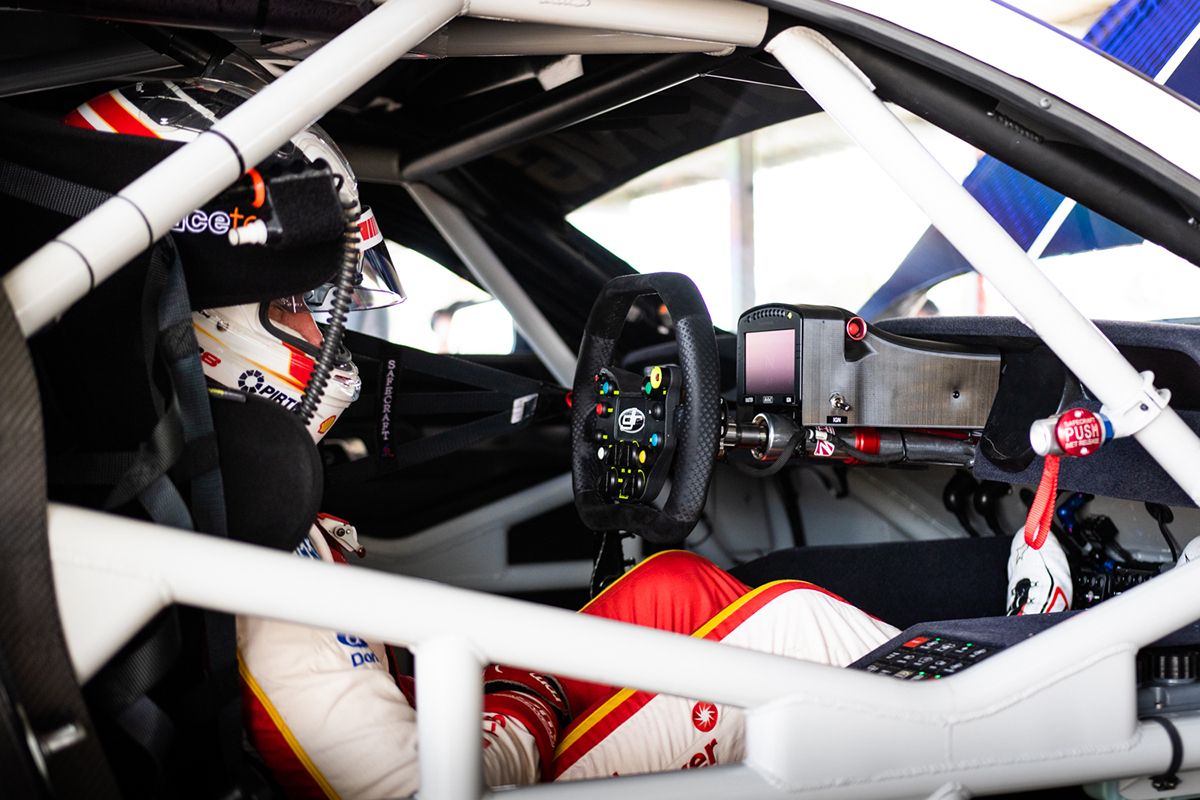 Will Davison in the cockpit of the Gen3 Ford Mustang

Supercars head of motorsport Adrian Burgess has explained the extent of changes that have been made to the category’s Gen3 prototypes.

From the four tests to date at Queensland Raceway, ergonomic issues have been pinpointed as a problem in both the Ford Mustang and the Chevrolet Camaro.

Recently, Red Bull Ampol Racing’s Shane van Gisbergen detailed the issues he and other drivers had encountered, particularly around leg numbing due to the seating position.

Speaking with Speedcafe.com, Burgess said changes to the chassis have opened up the angle of the legs in relation to the torso by raising and reclining the seat as well as lowering the pedals.

The roll bar above the driver’s head has also been adjusted to account for the raised seat position.

All in all, it’s hoped the changes to the Gen3 chassis will create a seating position more akin to the incumbent Gen2 cars.

“The top of the hoop is approximately 100mm lower than the current car. Obviously, the ground is still in the same place, so you’ve got to compress the cabin somewhat.

“We thought, and we’d hoped, we’d got the drivers comfortable with all the mock-up stuff when we were designing it, but the feedback we’re receiving is that they’re just pinched around their waist.

“We’re going to lower the pedals into the floor a little bit more, so it’ll just open up the angle between the main torso and their legs.

“We’re opening up the bulkhead a little bit, we’re doing a slight mod above the driver’s head just so they’ve got a bit more space and we can lift the seat slightly.

“There’s a couple of changes, but those things combined should get the driver back into a very similar angle and seating position that they’re in with the current car, even though the chassis is that much smaller or lower.” 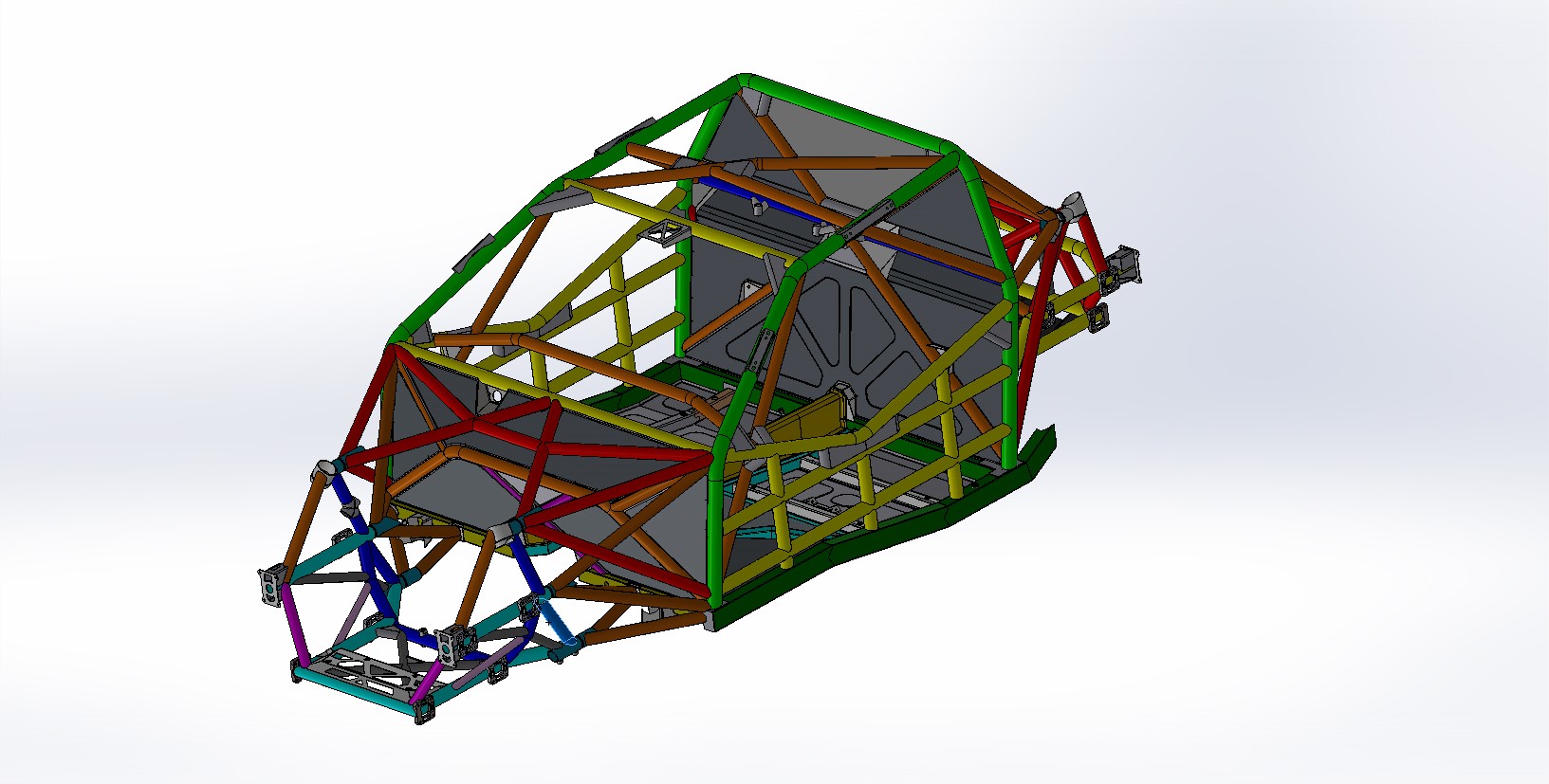 A CAD drawing of the category controlled Gen3 chassis

By moving the seat higher, it’s hoped that will improve driver vision.

A common complaint among many was that sighting apexes was difficult, particularly in the Camaro.

However, that’s a problem that’s not limited to the race car, and was a known quantity with the road-going counterpart.

The glasshouse of the Camaro and new-look Mustang is significantly smaller than that of the preceding Gen2-spec Mustang and Holden ZB Commodore.

To aid with driver vision, sports car-style digital mirrors are being developed.

“We’ve got a cross, so we’re moving the cross around slightly,” said Burgess, referencing the overhead roll bars (pictured above).

“We’ve done all the FEA (Finite Element Analysis). The cage has just been recertified.

“The bigger part of the change is the bulkhead and lowering the pedals. The pedals in relation to the driver, compared to the current car, have come up 25mm. So they’re a bit higher than what they are in the current car.

“We’re dropping that a little bit with changes to the floor pan and actually going forward slightly. Everything combined we should get the drivers back in a place where they’re comfortable.” 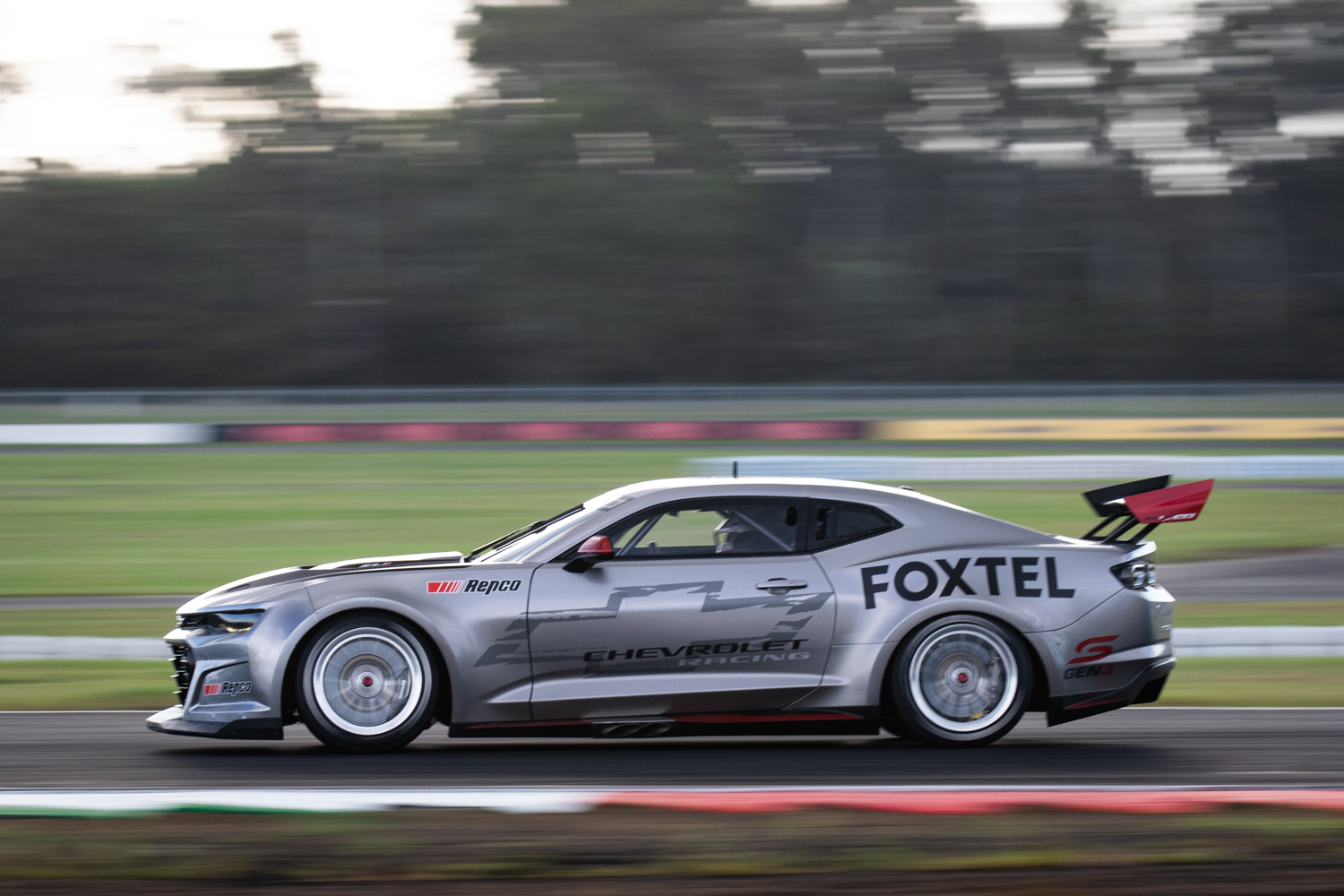 Since its inception, Supercars through its various guises has had cars with large windows owing to the four-door sedans the category has been based upon.

Even with the introduction of the two-door Mustang, the silhouette was stretched over the four-door based chassis, creating a car that still had good forward and peripheral vision.

With Gen3, the Mustang and Camaro window dimensions will be identical to that of their road-going coupe counterparts.

“The glasshouse; it is what it is. The vision is probably slightly more restricted in the Camaro than it is in the Mustang, but to be honest, these are the things that the drivers will get used to very quickly.

“We will do everything we can. Equally now though, we’ve made the decision to put the gear lever back in, we’re just finishing off where the rest of the hardware will be in the cabins.

“It’s a little bit of a longer gap than we wanted, but when we roll out in Tassie, we should be in a good position where the lever is comfortable, the drivers are comfortable, and we can just push on with the rest of the test programme.”

Supercars will shakedown the Chevrolet Camaro with the latest raft of changes at Queensland Raceway today.

The attendance of the Ford Mustang is in doubt due to homologation team, Dick Johnson Racing, suffering a recent COVID-19 outbreak in its ranks.