WAU all-star wildcards back on the table

WAU all-star wildcards back on the table 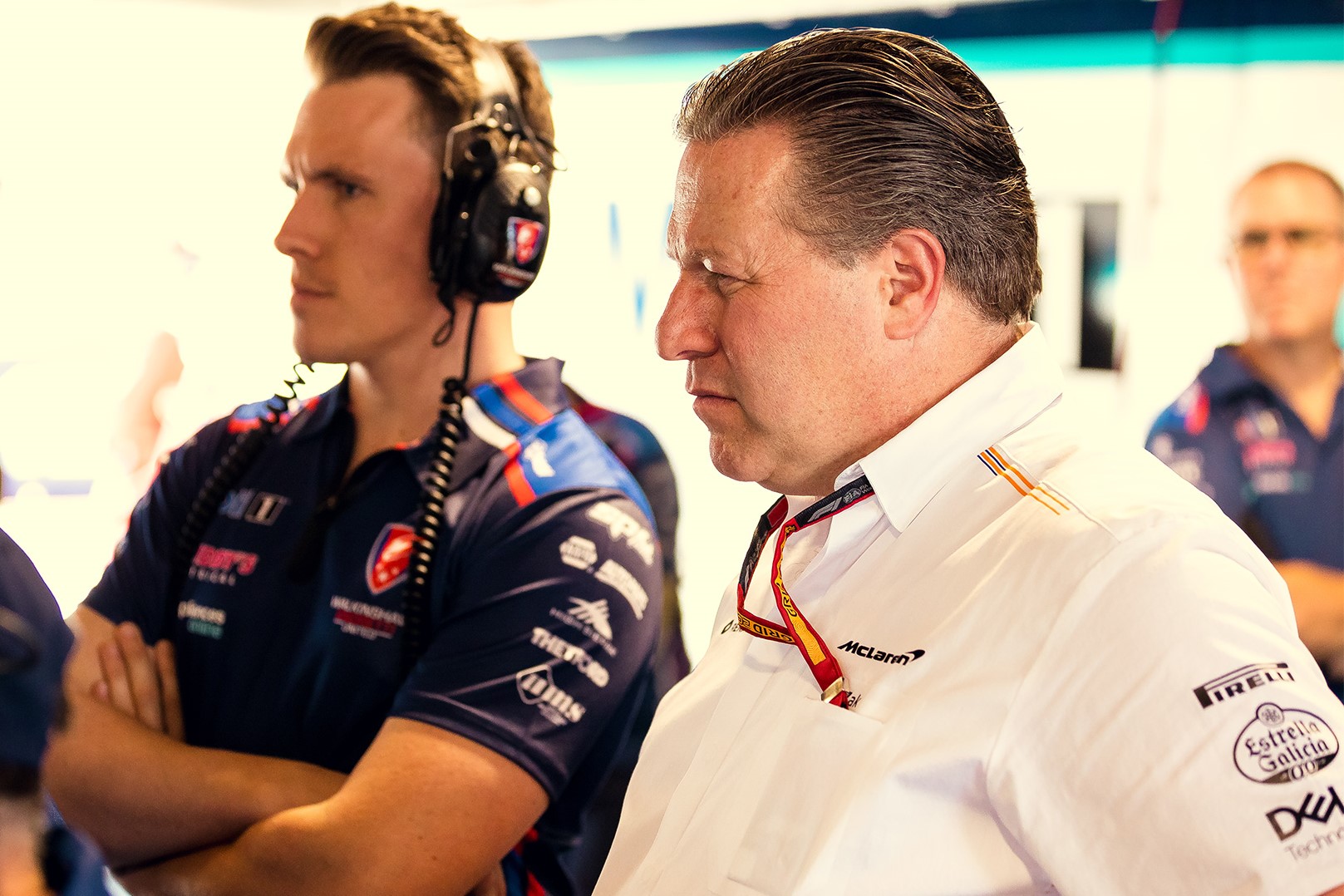 Tapping into the Andretti element of the Supercars team’s three-fold directorship, WAU ran a third car in the 2019 Great Race for IndyCar Series drivers Alexander Rossi and James Hinchcliffe.

Although Walkinshaw’s focus first and foremost is on winning Supercars races and championships with Chaz Mostert and Nick Percat, he’s far from against facilitating another cameo effort – perhaps this time aligned with Zak Brown’s United Autosports.

“Michael [Andretti] has always said he wanted to try to do that as a more regular thing,” Walkinshaw told Speedcafe.com.

“Not every year because then it becomes a bit bland but every few years maybe, try to do something.

“It always comes down to the commercials, you have got to make sure it stacks up with partners coming onboard and supporting it, but I think we did a really good job last time.

“I think what we would really like to do as well is try to do something with the guys from United and maybe even McLaren.

“We have been talking about it with Zak for a long time – Zak has been on the record several times saying he’d love to see Danny Ric [Daniel Ricciardo] and Lando [Norris] doing something, or some of his guys in United – so yeah, it’s always on the cards and now that the borders are open we can start these conversations again.

“They have been dead conversations for a couple of years because of the reality of COVID but now it has sort of opened up again.

“We have a few other things to focus on this year: we have got to try to win a championship as a team first, so that takes our full focus at the moment, and anything else is very much secondary.” The Rossi/Hinchcliffe wildcard entry from 2019

On the prospect of seeing Andretti join Brown/McLaren in Formula 1 in the coming years, Walkinshaw quipped: “It’s fantastic if it happens because if Zak says no to giving me a free hard pass for the weekend in Monaco, then I can just go speak to Michael”.

Momentum is building behind the Andretti organisation entering F1 in 2024, adding to its existing programmes in IndyCar, Formula E and Extreme E.

“I think it will be pretty cool,” Walkinshaw continued, more seriously.

“It will be interesting seeing him compete against Zak but they’re doing that in IndyCar now anyway so it’s an extension of what’s already going on.

“It’s quite cool seeing him have a crack. I hope it happens.

“It would be good to get another team in F1. The more cars in F1, the more team owners in F1, especially a US one, I think would be good and valuable for the category and its growth.

“There’s a lot of growth in F1 in the US – we have seen it in the last few years – so it would make a lot of commercial sense to find a way to [make it happen].”

Mostert leads the Supercars drivers’ championship after his double podium effort in Round 1 at Sydney Motorsport Park.