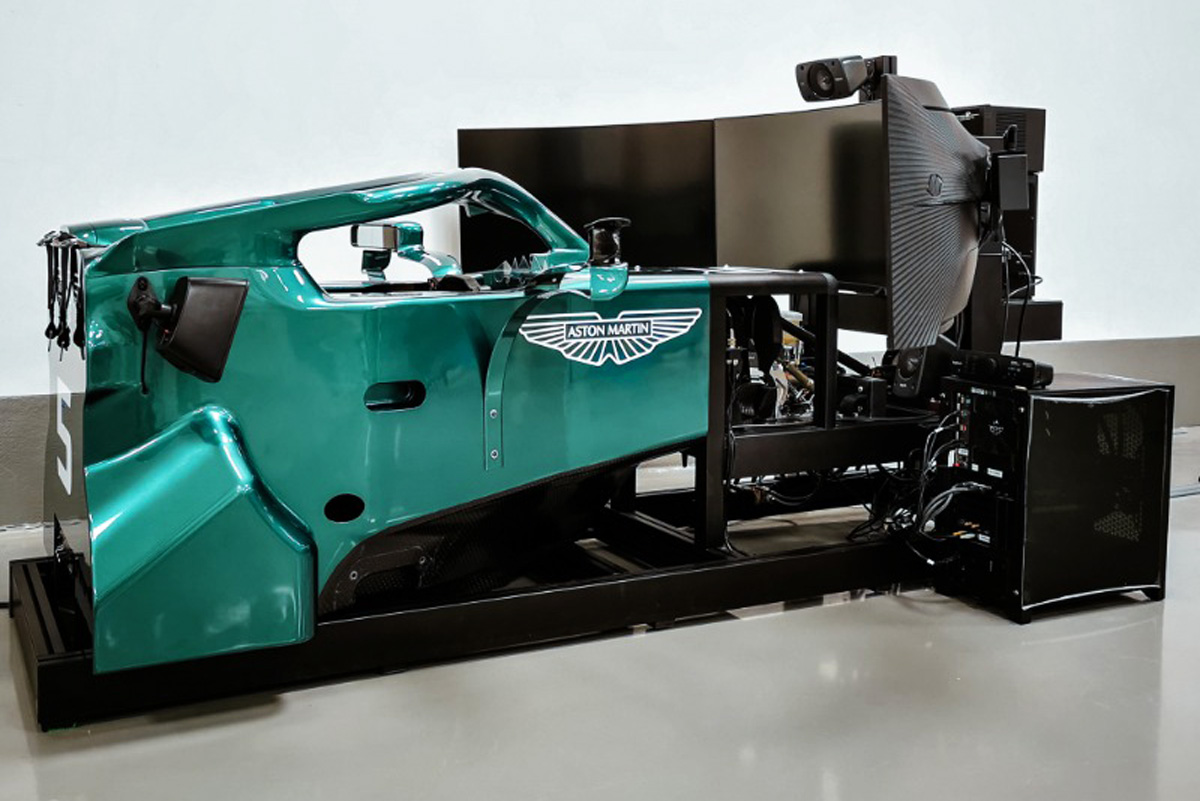 Aston Martin has delivered a state-of-the-art simulator to the home of Sebastian Vettel to aid the four-time world champion’s Formula 1 preparations week in, week out.

Vettel is about to begin his second season with Lawrence Stroll-led Aston Martin, and now has a secret weapon at his disposal.

The simulator has been based on an AMR21 R&D chassis.

Amid a hectic F1 calendar, Vettel was unable to complete simulator laps ahead of the new Saudi Arabian Grand Prix last season, but that will no longer be an issue in a year where Miami will make its F1 debut.

“Sebastian and the team decided to begin the process of building a simulator late in the 2021 campaign, and the project evolved into a set-up that included three screens and real physical parts from the AMR21,” read communications from Aston Martin.

“The design ensures Sebastian has a realistic driver-view behind the wheel, right up to the Honey Ryder decal behind the steering wheel and the AMR21’s wing mirrors and headrest.

“The simulator is fitted with Sebastian’s race seat, along with his headrest and seatbelts used during the 2021 campaign.

“But the team’s expertise went beyond the cockpit, also helping to create the metal framework in which the simulator sits, as well as implementing the three-screen set-up after a two-screen version proved limiting.”

Round 1 of the 2022 season, the Bahrain Grand Prix, takes place this weekend.