The privateer taking the fight to TCR heavyweights

The privateer taking the fight to TCR heavyweights 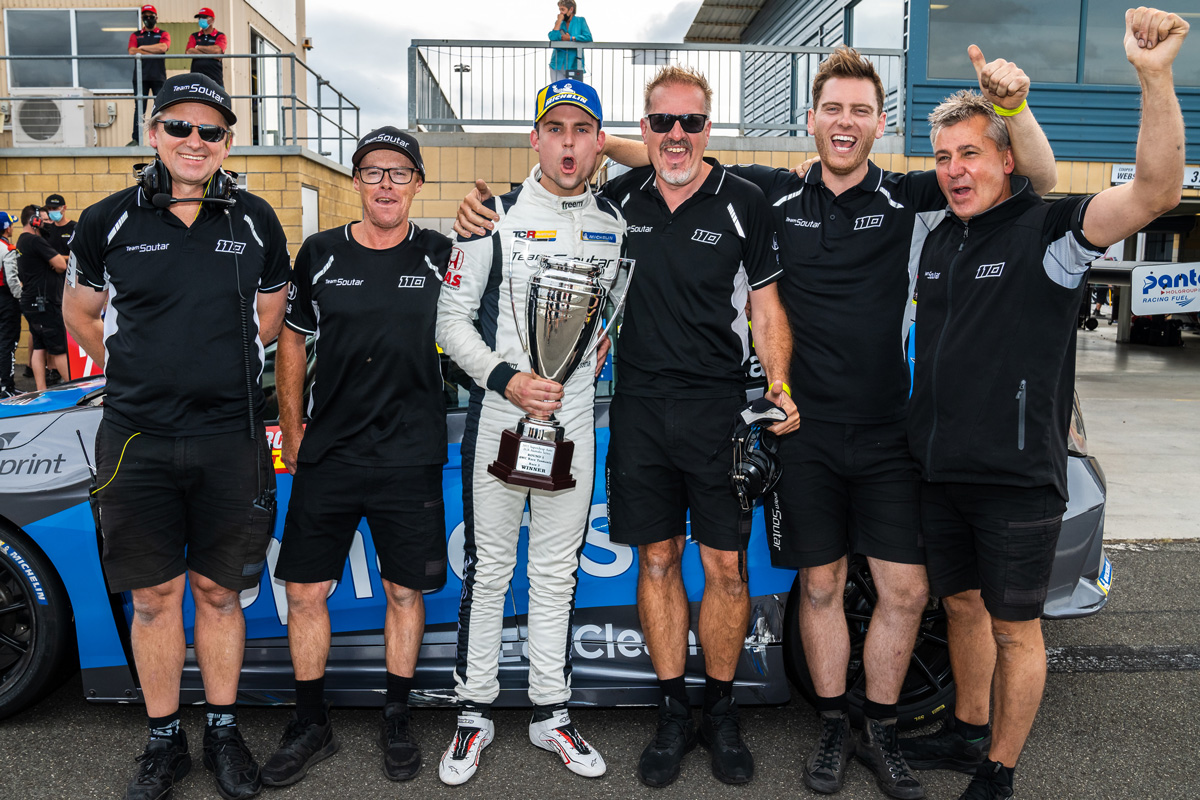 Zac Soutar and his team after tasting victory at Symmons Plains

Zac Soutar and his privateer squad enter Phillip Island this weekend riding a wave of confidence as the most recent race winner in Supercheap Auto TCR Australia.

Soutar got the job done in the third and final leg of Race Tasmania to propel the #110 driver to a surprise second in the TCR Australia standings.

“I think the coolest part is it proves to myself and my Dad and the whole team that we can do it as a unit,” Soutar told Speedcafe.com.

“You always sort of wonder as a privateer if it’s possible to be competitive because when the other teams are working on their cars full-time, you’re at work and can only get to the car on weekends.

“So to prove to ourselves that we could do it was huge for us and the goal going forwards is to try to do it again.”

Soutar first went down the privateer path in his Formula Ford days, when his family couldn’t muster the budget to run with an established team.

“You’re sort of in control of all the costs and it’s much, much cheaper to do it that way, but in saying that, it’s much, much harder as well,” he said of being a privateer.

“It is a huge challenge; you basically more often than not give away your social life to work on the race car to try to keep up with it.

“It’s an awesome challenge and as hard as it can be at times, when you get it right like at Tassie, it’s just so rewarding to see the smile on all of the team’s faces and just to have such a good reason to celebrate was awesome.” 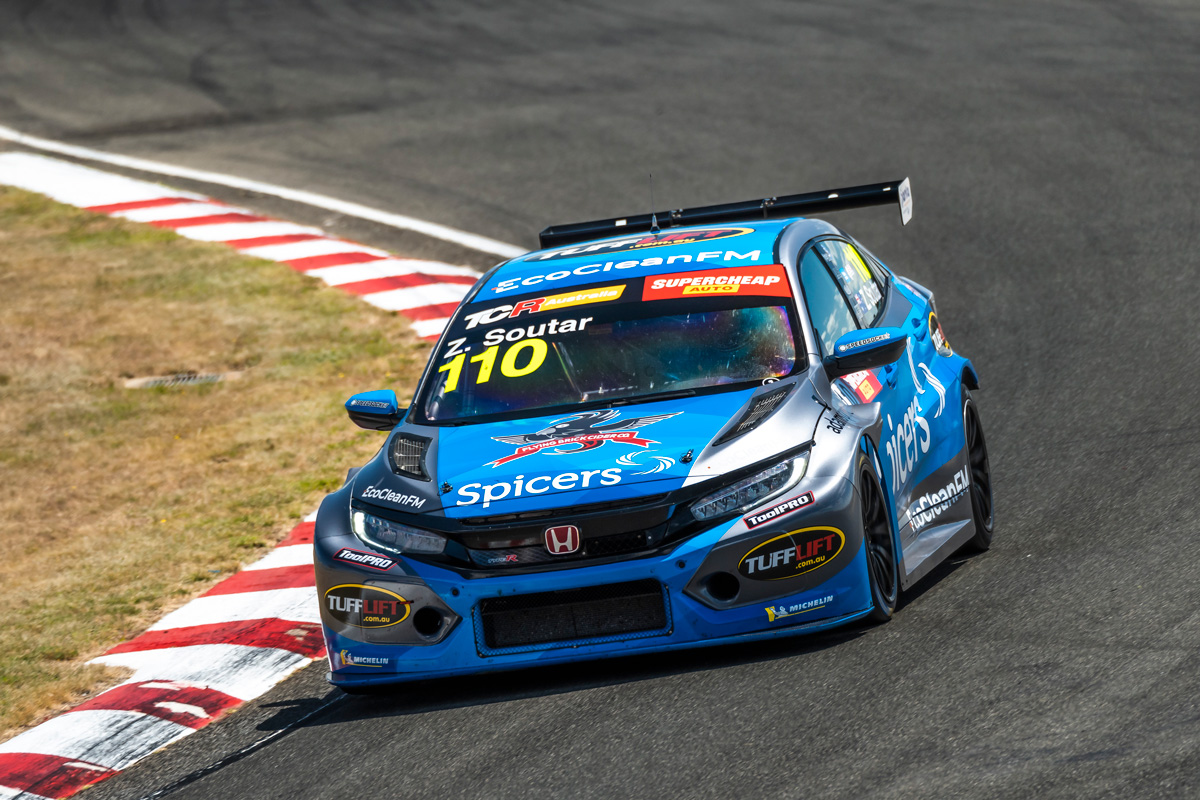 A central figure behind the single-car squad is Soutar’s father Shane.

“Dad’s background is bikes, basically. He raced speedway sidecars initially when he was younger and then moved to road-racing sidecars,” Zac explained.

“I think he has won seven or eight Australian championships across both disciplines and then he went overseas and raced in the World Sidecar Championship, which was huge back in the late ‘90s, and he finished fifth in the world championship.

“So he has got a pretty distinguished motorsport background and his preparation is fantastic.

“The way he goes about preparing cars is absolutely ridiculous. He’s quite experienced in that field so I’m very, very lucky to have him.”

A printer by trade as well as a driver coach, Soutar chose to go halves with his father on the Civic Type R TCR instead of buying a house, and is determined to make good on that choice.

“I think in TCR, all you have to do to be in the championship hunt is just be super consistent,” said the 24-year-old, who this year has a technical alliance with Wall Racing.

“As long as we can stay in the top five or top 10 as often as possible, I think hopefully come the end of the year we can be there or thereabouts.”

Stan Sport will be the exclusive broadcaster of the Shannons Motorsport Australia Championships event, offering live and ad-free coverage from 11:00-17:00 AEDT on both Saturday and Sunday this weekend.