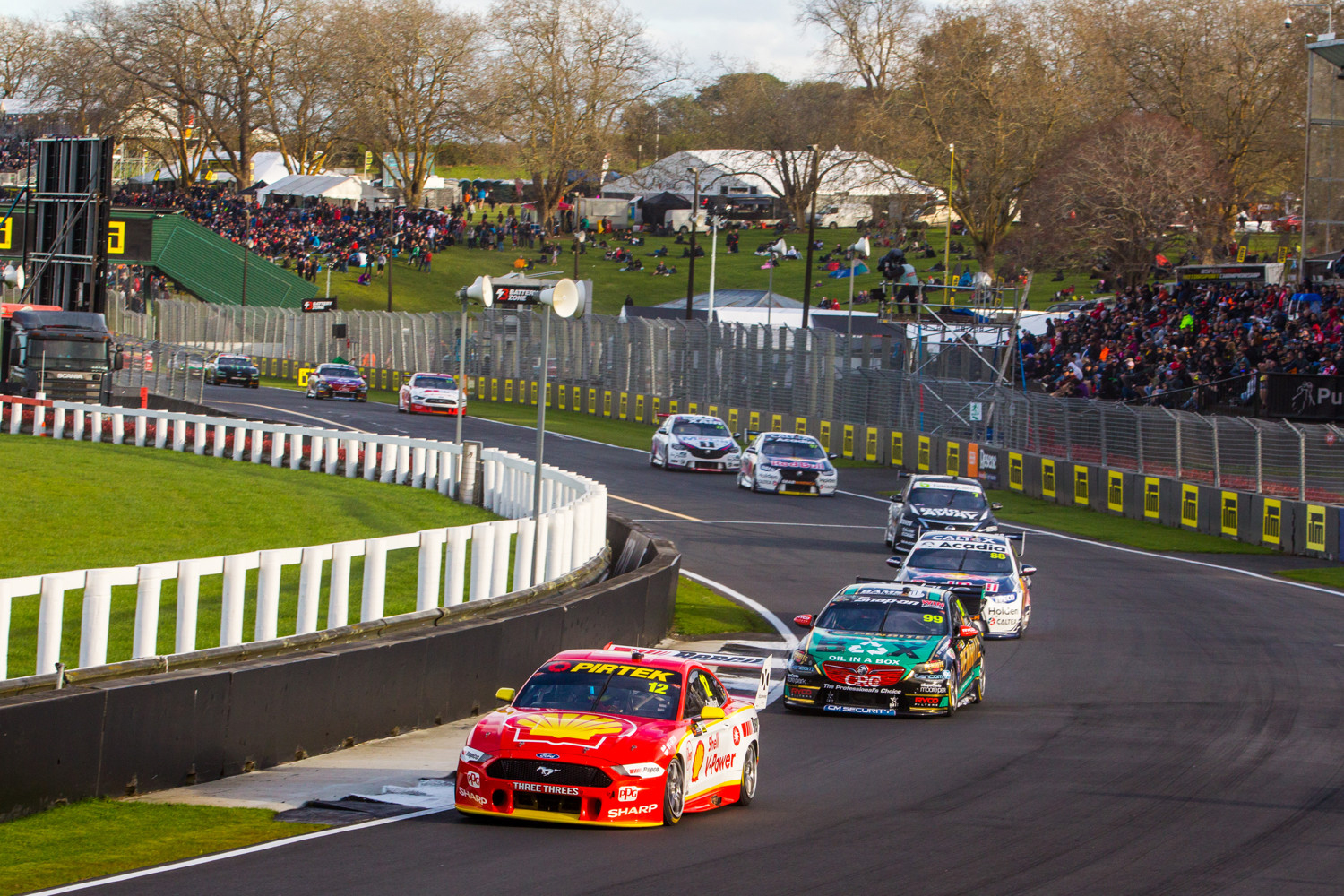 Supercars is set to return to New Zealand in September. Picture: Dirk Klynsmith

The New Zealand Government has announced it will open its borders to Australians next month, removing the need to self-isolate upon arrival.

From April 12 at 23:59 local time/NZST, the border will open in a bid to boost the economy.

It comes just in time for the Australian school holidays, Easter, and a week prior to Anzac Day commemorations.

Previously, the New Zealand Government had announced it would open its border to Australians in July. However, that was on the proviso that arrivals undertook a 10-day period of self-isolation.

Now, that requirement is set to be abandoned.

Travellers will have to return a negative pre-departure test, with two further rapid antigen tests (RAT) on the day of their arrival or on day one as well as day five or six.

It’s a boost for Supercars’ plans to race at Pukekohe Park across September 10-11. The championship hasn’t been to New Zealand since 2019.

“Closing our border was one of the first actions we took to stop COVID-19 two years ago,” read a statement from the New Zealand Government.

“It did the job we needed. But now that we are highly vaccinated and predicted to be off our Omicron peak, it is now safe to open up.

“Reopening in time for the upcoming Australian school holidays will help spur our economic recovery in the short term and is good news for the winter ski season.

“Trans-Tasman travellers have historically made up 40 percent of our international arrivals, with around 1.5 million Australians visiting each year.

“While we know it will take some time to see tourism scale up again, today’s announcement will be a welcome boost for our tourism operators who have done it harder than many over the last two years.

“In a world still battling COVID-19, travellers will be discerning about where they go in the short term.

“Our strong health response including the lowest death rate in the OECD over the past two years and our high rates of vaccination, alongside our reputation as a beautiful place to visit, will be an asset in this market.”

From May 1 at 23:59 local time/NZDT, arrivals from the United Kingdom, United States, Japan, Germany, South Korea and Singapore, and those with valid visitor visas, will be able to arrive.

That will be encouraging news for Rally New Zealand organisers too.

The World Rally Championship is set to run Round 11 of its season in Auckland on September 29-October 2.