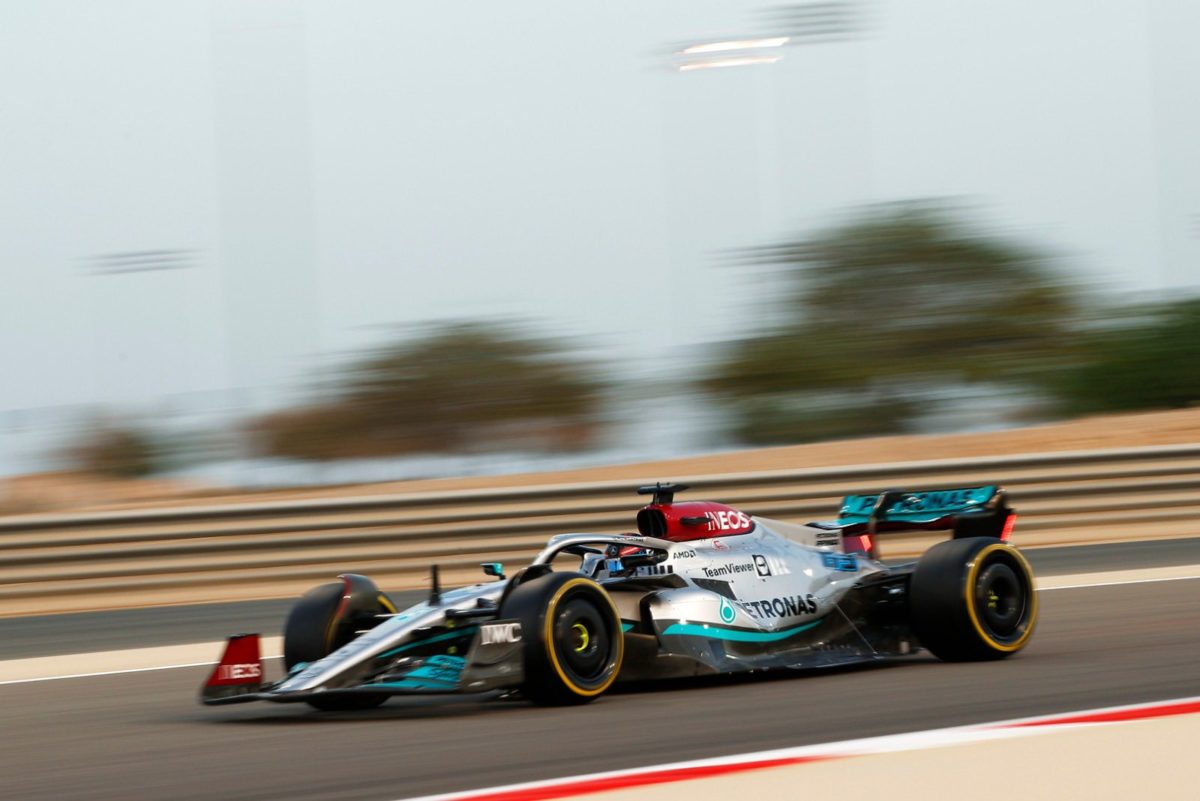 George Russell in the Mercedes W13 during Bahrain F1 testing

George Russell has flagged a return to active suspension as a possible solution for the porpoising F1 teams are currently battling.

The Brit suggested the phenomena, created by the airflow under the car stalling at speed, could be a safety issue.

“It has the potential to be a real safety concern if it gets out of control,” Russell claimed.

“If you’re flat out down the straight and it starts to happen, you don’t want to back off in a race scenario.

“We will need to find a solution, and I guess if active suspension was there that could be solved with a click of your fingers.

“If we had active suspension the cars would be a hell of a lot faster for the same aerodynamic surfaces, because you’re able to optimise the ride heights for every corner speed, and optimise it down the straight for the least drag,” he added.

“That’s an easy way to make the cars go faster. And if you’re thinking of a safety aspect, then potentially – I’m sure there’s more limitations, I’m not an engineer – but we wouldn’t have this issue down the straight, that’s for sure.”

Active suspension was developed by Lotus in the mid-1980s but was put to best use by Williams in the early 1990s.

It relied on a hydraulically controlled suspension system, with inputs from a computer which changed the ride height of the car on a corner-by-corner basis each lap.

The system was banned at the end of 1993 and has never reappeared and, according to AlphaTauri’s Jody Egginton, is unlikely to anytime soon.

“It would need a rather large amendment to the regulations to incorporate that,” he explained.

“Going back a couple of years, active suspension was discussed in the suspension working group forum at length.

“At that time it was decided to simplify the passive systems rather than go to active.

“So although active obviously has its benefits in controlling the platform, it would need a rather large makeover of the regulations.

“And I would imagine there will be a rather large cost overhead as well,” he added.

“So not the work of a moment and not something I imagine that is going to happen short term.”